After 44 years of service, the 1978 Dove was hauled out of the St. Marys River for the final time on January 17, 2023. Designed by the late William Avery Baker and built in Cambridge, Maryland, by the late James B. Richardson, the ship was based on the small merchant vessel that sailed to the Maryland colony in the 1600s. The 1978 Dove is owned by the state of Maryland and operated and maintained by the Historic St. Mary’s City Commission.

The 1978 Dove served as the floating ambassador for Historic St. Mary’s City (HSMC), occasionally traveling to different ports of call in Maryland. When not on outreach trips, the ship was an outdoor exhibit at the living history museum.

The age and natural deterioration of the 1978 Dove necessitated HSMC to commission the design, construction, and launch of a new Maryland Dove. “It was my daily nightmare,” says Capt. Will Gates, “that one of the fasteners on the planks would fail overnight and cause that boat to sink.”

The boat was patched and the bow reinforced in 2015, he says, but the deterioration due to leakage pushed him to recommend pulling it out of the water altogether.

Gates took the boat on its final journey and now begins the process of preserving and stabilizing the ship. “My task is to preserve it for whatever her future turns out to be, and that’s the big question facing us now.”

Gates says there is a proposal afoot to turn the 1978 Dove into a shoreside exhibit at HSMC under some type of cover. “To preserve it any way means it has to be sheltered from rain and preferably from wind,” he said. Viable parts of the boat will be stored or sold.

Ultimately the decision will be made by the HSMC Commission, a volunteer board appointed by the governor.

For a brief time, the 1978 Dove was joined by the “new” Maryland Dove at the dock. Built in full view of the public at the Chesapeake Bay Maritime Museum in St. Michael’s, Maryland, the new Dove was launched in the summer of 2022 and will be ready for visitors this spring.

“The designer of the new vessel used virtually the same profile as the old Dove and the paint scheme is also virtually the same,” says Gates, who has been working with the Dove since 1989. “What’s weird is that … seeing it from a distance you wouldn’t know it’s a different Dove. But once onboard they feel very different, the new vessel is slightly broader, with a lower center of gravity. The interior spaces are wider and it’s steadier under foot.”

Gates says he is “dealing with the big emotional things” of pulling one boat out of the water and learning a new one, just a little at a time. But overall he thinks the experience has been “joyous”.

“There are certainly some feelings going on,” he says. “But parting is sweet sorrow.” 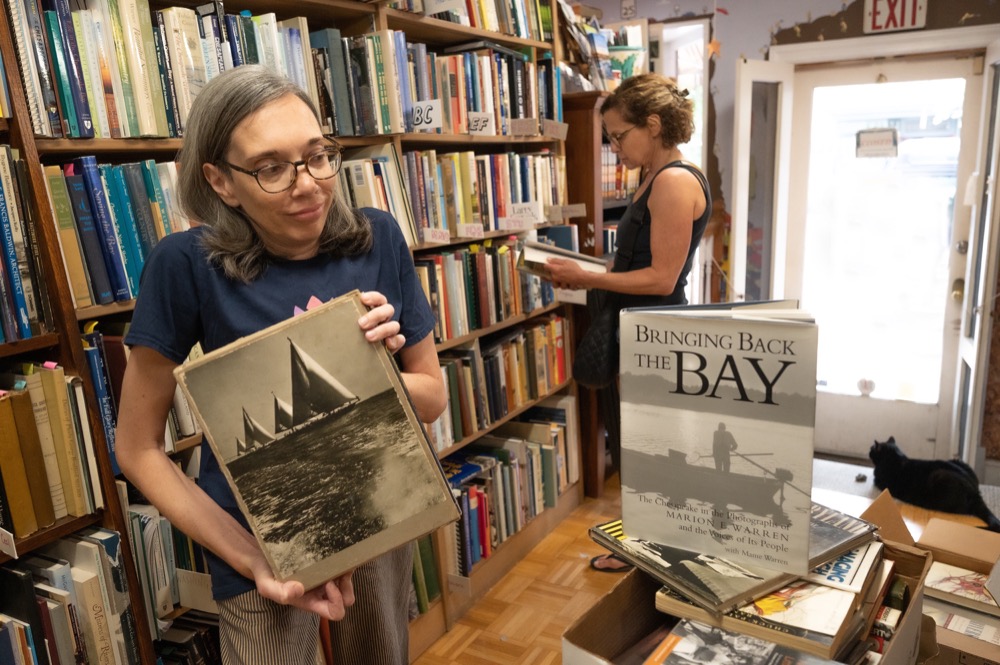