A big, mucky project got underway this week: six different shipping channels leading to the Port of Baltimore are being dredged to allow ships to safely come and go.

The dredging effort, which is being managed by the U.S. Army Corps of Engineers, Baltimore District, is expected to move a total of 2 million cubic yards of material out of the shipping channels. It began Monday and will take until early spring 2019. 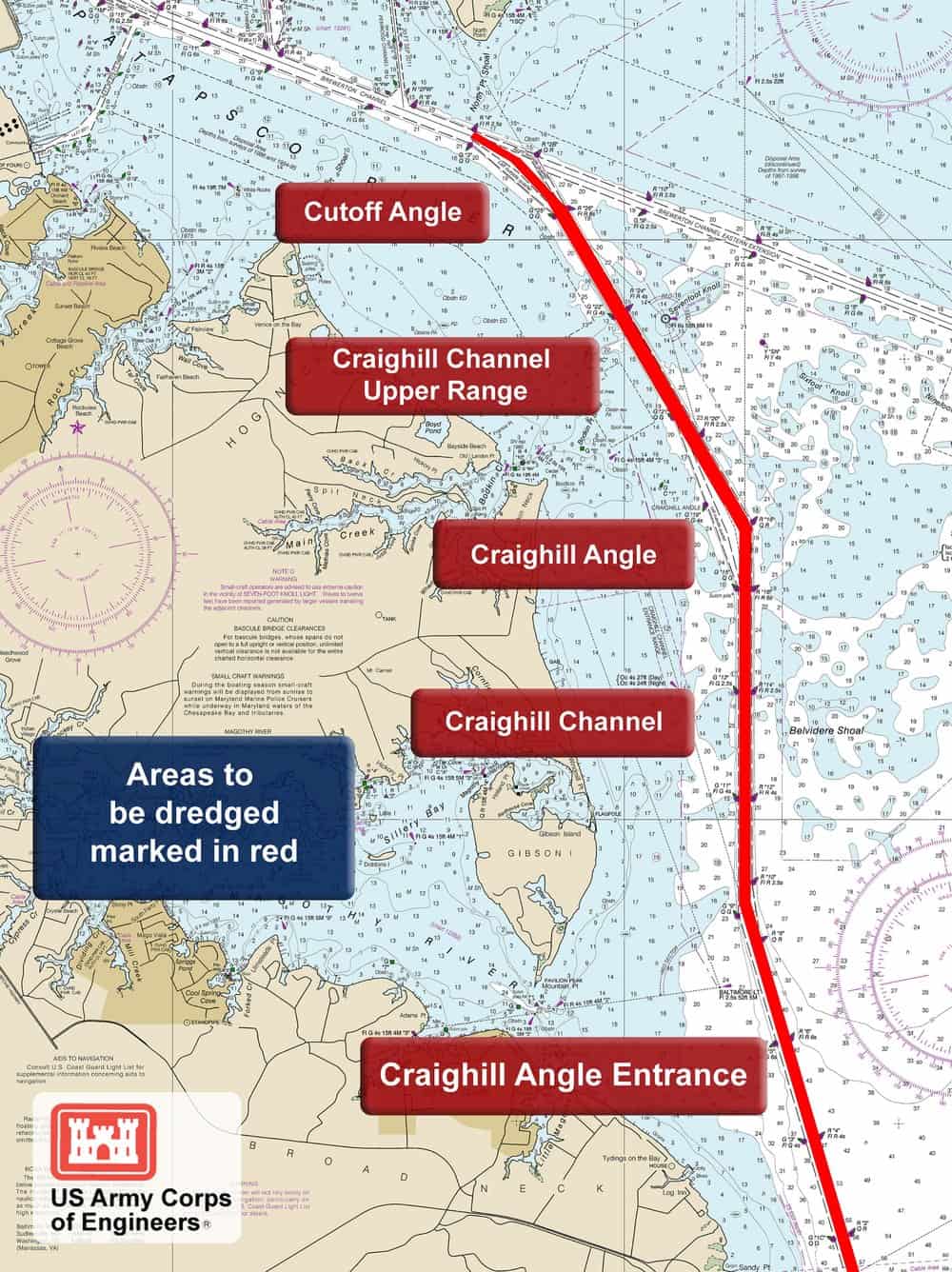 The regular maintenance dredging will take place in six federal channels in Maryland waters including the Curtis Bay, Craighill Entrance, Craighill Channel, Craighill Angle, Craighill Upper Range, and Cutoff Angle segments. The channels will be dredged to a depth of 51 feet plus one to two feet of allowable overdepth.

“Whether people realize it or not, the Port of Baltimore is one of the key economic engines for Baltimore, the state of Maryland and really the whole region, and maintaining shipping channels like we’re doing with this work is extremely important,” said Baltimore District Commander Col. John Litz.

The work is being done through a $17.5 million contract that was awarded to Norfolk Dredging of Virginia. Most of the mud, silt, sand, and shell that is dredged up will be reused at the ecosystem restoration project on Poplar Island near Tilghman Island, and a small amount will be moved to the Masonville Dredge Material Containment Facility in Anne Arundel County.

The Army Corps of Engineers also expects to hire crews for another dredging project later this year. That project would remove material from the York Split Channel in Virginia waters, which serve as an approach channel for the Port of Baltimore.

It’s a historic milestone on the Chesapeake Bay: Poplar Island, which had eroded away to