The effort to the clean up the Chesapeake Bay is getting a big influx of cash—and rather than putting the money into big federal- or state-run projects, it’s going into more than four dozen community-level projects.

On Tuesday, grants of $10 million from the Environmental Protection Agency (EPA) and the National Fish and Wildlife Foundation (NFWF) and $12 million in local matched funds were announced for a total of $22 million in Chesapeake Bay projects. U.S. Sen. Chris Van Hollen (D-Md.), who helped announce the grants, notes that “federal resources operate with a multiplier effect, helping to get other funds.”

The $22 million will go towards 49 on-the-ground community-based projects across the watershed to protect and restore natural resources of the Bay and its rivers and streams. The grants are awarded through the Small Watershed Grants program.

The National Fish and Wildlife Foundation acts as intermediary btw EPA and the community who wants to help the Chesapeake Bay watershed, through NFWF’s Chesapeake Bay Stewardship Fund.

The projects stretch to all reaches of the Bay watershed, from restoring brook trout habitat in New York to creating a watershed stewards program for Spanish speakers called “La Academia de Defensores de la Cuenca”. And they include both rural (like reducing runoff from the agricultural industry in the Shenandoah Valley) and urban areas (like a tree nursery in Baltimore City’s Broadway East neighborhood that includes a tree farm and workforce development hub).

“The Bay can’t wait. It’s got the timetable of Mother Nature and we need to make sure we address these issues,” says Sarbanes. 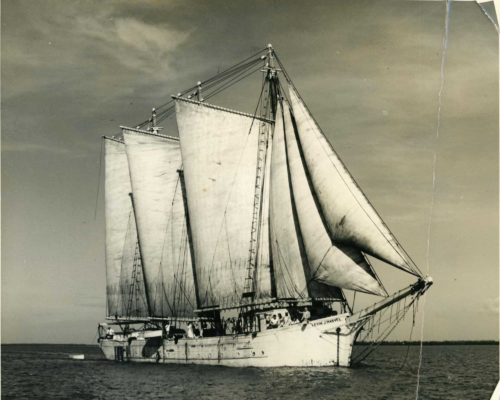 If asked to name the deadliest shipwrecks in Chesapeake Bay history, a person’s mind might