Maryland scientists and a team of experts are launching an investigation into harmful algal blooms like red tides, and how climate change and extreme weather are fueling them.

The National Oceanic and Atmospheric Administration (NOAA) has awarded nearly $5 million for the project, which zeroes in on the west coast of Florida. One of the state’s worst red tides in history plagued the eastern Gulf Coast for more than 15 months, causing closed beaches, major fish kills, and hundreds of dead manatees and turtles.

The University of Maryland Center for Environmental Science (UMCES) Horn Point Lab’s researchers will bring their expertise from predicting algal blooms on the Chesapeake Bay to help understand what is happening on the western Florida shelf.

“We are concerned about harmful algal blooms because they are increasing in frequency and magnitude. We see more blooms more often in more places,” says UMCES Professor Pat Glibert. “We are hoping to advance the understanding of the Florida red tides, which were devastating last year.”

UMCES Professors Glibert and Ming Li are in the final year of a three-year modeling project to make better long-term predictions of dangerous and costly harmful algal blooms in the Chesapeake Bay.

The Bay and its tributaries have long suffered from harmful algal blooms cause by runoff pollution. But there’s more to learn about the role of extreme weather events in the intensity and duration of blooms. The UMCES modeling could help minimize algal bloom-related damage to marine industries and tourism, and help mitigate predicted blooms.

“One of things we are going to be doing is to develop the next generation predictive model of the blooms,” said Glibert. “We want to be able to not only understand the biology of the organisms but to better predict when and where blooms will occur, and the driving factors that lead to blooms,” says Glibert.

The five-year NOAA project brings UMCES together with Bigelow Laboratory for Ocean Sciences, Florida Fish and Wildlife Conservation Commission, New York University-Abu Dhabi, University of South Florida, and is led by algal bloom expert Cynthia Heil at Mote Marine Laboratory in Sarasota, Florida. The team hopes to get ahead of future red tides before they grow as large as last year’s nightmare scenario.

“The bloom in Florida is right now comparatively small, but it’s this time of year that it often starts to ramp up. This is the time to be keeping an eye out,” said Glibert.

It’s no secret that boating, fishing, and other outdoor pastimes in the Bay watershed have 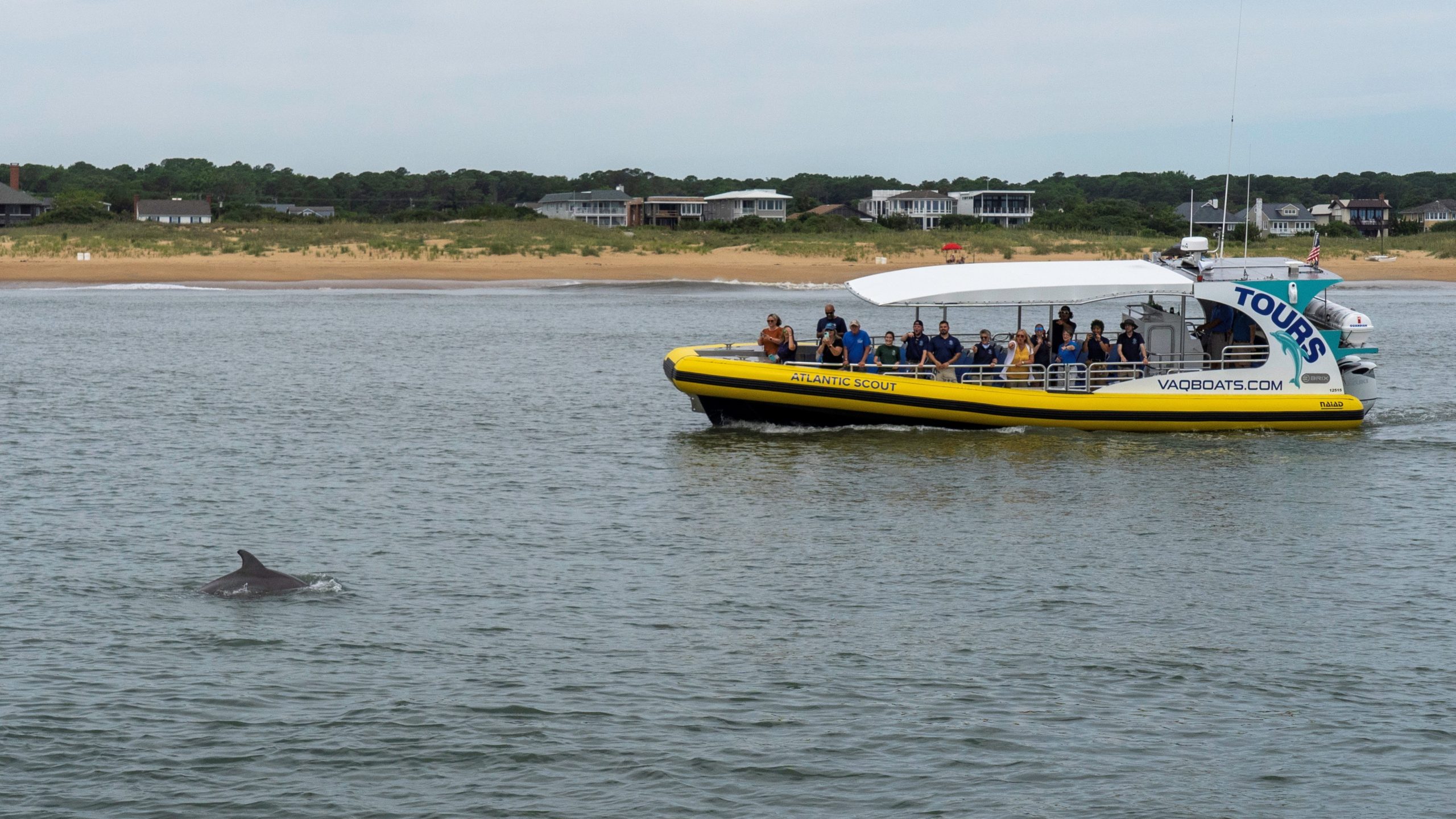 Get Up Close on Va. Aquarium’s New Dolphin Tour Boat

If you think it’s a special treat to spot dolphins in the wild, you now