Two years after it was first discovered living in a Maryland pond in 2002, the northern snakehead made its way into Potomac River. Today, the invasive species has spread to every major tributary of the Chesapeake Bay, concerning  fishery biologists yet delighting many sport anglers.

This spring 81 snakeheads were caught trying to scale the Conowingo Dam on the Susquehanna River, officials from the Maryland Department of Natural Resources and the Susquehanna River Anadromous Fish Restoration Cooperative (SRAFRC) reported Thursday. SRAFRC is a cooperative, interagency organization comprised of the fishery agencies from New York, Pennsylvania, Maryland, the Susquehanna River Basin Commission, and the U.S. Fish and Wildlife Service.

The snakeheads were trapped in the dam’s fish lift, marking a significant increase from 2017, when the first, single snakehead was found in the lift. The fish passages were installed decades ago to allow migratory shad and herrings to access their spawning grounds in the upper reaches of the Bay watershed’s longest river. The dam, one of the largest non-federal hydroelectric dams in the nation, sits about 5 miles south of the Pennsylvania border, and 45 miles northeast of Baltimore between Cecil and Harford counties.

The DNR said all “known snakeheads were stopped and dispatched before reaching the dam’s reservoir,” yet the agency warns that northern expansion by the aggressively invasive species is possible. Officials hope smaller, upstream dams will help slow the snakehead expansion into the upper Susquehanna River, which has its headwaters in New York and has scores of feeder creeks and rivers in between its origins and the dam. Exelon, which owns and operates the Conowingo Dam, and SRAFRC implemented voluntary practices to try and trap the notorious wandering northern snakeheads.

Maryland’s DNR encourages anglers to catch and keep snakeheads of any size and as many as they want year-round to help curb its growing numbers. Anglers are also asked to report snakeheads caught in Maryland to [email protected] or (410) 260-8300. 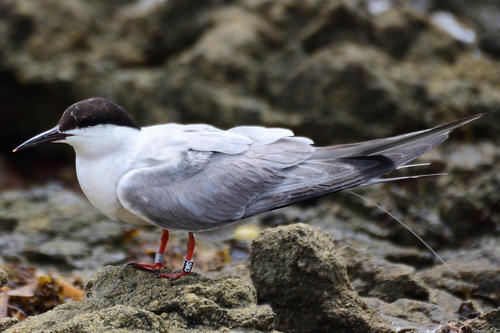 Poplar Island Tern Tracked All the Way to Aruba

The Bay’s “dead zone,” an area with little or no oxygen, is expected to be