The annual Consumer Electronics Show (CES), held in Las Vegas, is considered the most influential tech event in the world, showcasing some of the biggest brands with cutting-edge technology.

Innovative electric vehicles have been in the mix and this year was no different. But why limit an EV to highways? Makers of electric boats and motors are positioning themselves to be the wave of the future.

Last week, Brunswick Corporation unveiled the Mercury Avator 7.5e, the first in an upcoming series of outboard motors from Mercury Marine. Designed from the propeller to the tiller handle and display panel for electric power, the Avator 7.5e puts out thrust equivalent to that from Mercury’s 3.5-horsepower four-stroke gasoline outboard, making it useful for a wide range of small-boat applications such as jon boats, inflatables, and kayaks.

Mercury also showed off prototypes of larger 20e and 35e Avators that the company will bring to market later in 2023. More powerful electric outboards are in development, with complementary control and operating systems under Brunswick’s Advanced Systems Group, whose companies integrate advanced batteries, electrical power management, digital control and monitoring, and networked systems and devices for the marine, RV, specialty vehicle, and other industries.

Sound complicated? Yes, the engineering is, but Mercury aims to make these new outboards simple for boaters to use.

“The Avator 7.5e is much more than just an outboard,” said Tim Reid, Mercury Marine vice president of product development and engineering. “We created an entire propulsion system, fully integrated from the advanced controls, props, and digital gauges to an all-new mobile app.”

Mastervolt, a member of Brunswick’s Advanced Systems Group, engineered the Avator’s 48V, 1kWh lithium-ion battery for marine duty. It’s been drop-tested and IP67 rated for water resistance. The compact battery fits into the Avator’s quick-connect mounting system. It has intuitive controls and a full-color display tracking battery level and range. A transverse flux motor delivers reliable, quiet power with immediate high torque delivered to the special large-diameter propeller. In the spirit of sustainability, many components are recyclable or reusable.

The Avator 7.5e even connects to a new Mercury Marine app. Boaters can access the app for basic functions, including a library of tutorials and the ability to connect with a dealer for support. Adding a Mercury SmartCraft Connect module to the outboard unlocks advanced features, including a GPS map for planning trips and estimating range. The app can track speed, battery level, outboard hours, and system notifications.

At the same show, Brunswick launched a new line of boats that will eventually go with their electric outboard. Called Veer, it’s geared towards first-time boaters. The first model in the lineup is the X13. This 13-foot boat with a 48” beam and weight of 382 lbs. looks to be a tough, simple, but versatile utility skiff for fishing and exploring, especially in shallow water. Developed by experienced engineers at Brunswick’s Lund Boats, the X13 is built of roto-molded polyethylene, which allows for customized features like dedicated gear and battery storage, seating, a removable standing bar, and a simple shallow water anchoring system. The hull material is impact-resistant and requires virtually no maintenance, as anyone who owns a roto-molded kayak can attest.

At this time, the Veer X13 is available only with gasoline power, a Mercury 9.9-hp four-stroke, in a package with a galvanized trailer for $11,995. Soon, the Avator 7.5e will be an option, with a larger Avator expected to be available for it later in the year. These options will make the X13 especially valuable for water bodies that are restricted to electric power only and it will be easy to tow behind virtually any vehicle. 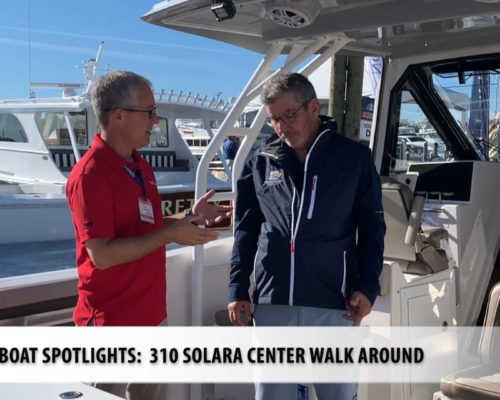 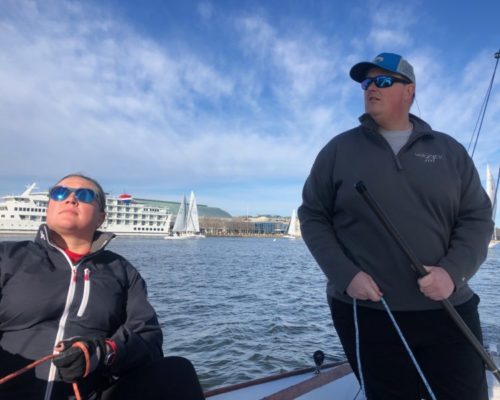 On the Water in Winter

Frostbiting Has Its Perks While the origins of frostbiting, or the subtle art of sailboat 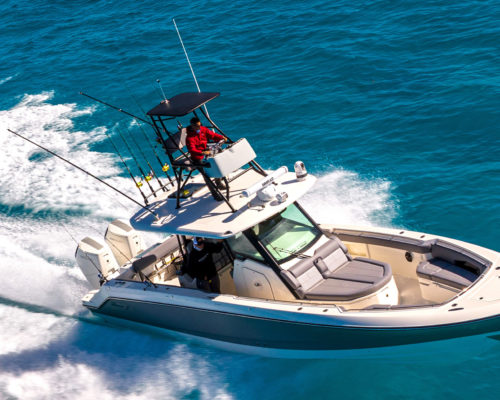