The Anacostia River has earned an “F” on its latest river-health report card, just a year after receiving its first-ever passing grade of D-minus.

The Anacostia Watershed Society has just released its 2019 State of the River Report Card, which finds that last year’s record rainfall took its toll on the health of the Anacostia.

2018 was the wettest year on record in Washington, D.C. (66.28 inches), and all that rain sent “tremendous amounts” of sediment, animal waste and organic matter in the Anacostia River. That diminished water clarity, choked aquatic vegetation, and increased bacteria levels, the report card shows.

“In 2018, Mother Nature ‘flushed’ and it all ended up in our rivers, including the Anacostia River,” said Jim Foster, President of the Anacostia Watershed Society (AWS).

But AWS calls the rainfall a “setback,” and says recent river cleanup steps actually helped the Anacostia recover from the heavy rainfall, and without them, the impact would have been even larger. The D.C. Water tunnel, new in 2018, captured five billion gallons of combined sewage, as well as over 200 tons of trash and 600 tons of sediment. The National Park Service helped reduce the population of destructive geese. And the report card saw its first passing grade for Trash Reduction, thanks to cleanup efforts and bans on some materials.

Foster is also quick to point out that there are already signs of recovery in 2019.

“The investments we’ve made over the past two decades are paying off, and we’re already seeing the indicators bounce back this spring,” he says.

AWS still has a goal to make the Anacostia River swimmable and fishable by 2025. 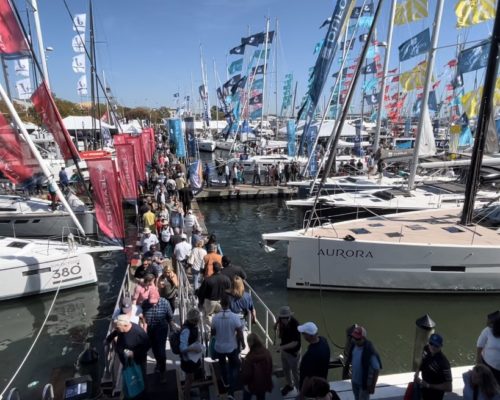