Retired Navy Rear Admiral Mark “Buz” Buzby first fell in love with the Bay through James Michener’s depictions in his novel Chesapeake. “I resonated with the author’s vivid descriptions, and, when I’m on the water, I imagine the Indians putting in a canoe, harvesting the crabs and oysters in the peace and the solitude one can still find on the Bay,” Buzby remembers. That love affair continued beyond the pages. “I’ve been kicking around the Bay since ’86.”

When Buzby first experienced the wonder of the Bay, he knew he was home. “There are countless areas to explore, from the still creeks to many anchorages where I always find tranquility.” He feels that being on the Bay is like “wandering into a wilderness–from egrets flying with their heavy wingbeats to the busy fish jumping.” It’s also a place that sparks his imagination, and it’s easy for him to envision the Bay’s mid-19th century when it was both a food source and a main avenue of transportation.

Buzby likes to rise to a challenge, and his latest appointment will provide plenty of opportunities. President Donald Trump’s choice to serve as United States Maritime Administrator in the U.S. Department of Transportation, Buzby was confirmed in August. He told the Senate Committee, “My roots are in the Merchant Marine. Growing up in Atlantic City, my first breath of air was salt air. I got my first boat at age nine, and I bent on my first set of dress blues at age fourteen at Admiral Farragut Academy. I think you get the picture. I am proud to be an anchor-clanker. This is what I do, this is who I am.”

Mark “Buz” Buzby and crew enjoy the good life on the Chesapeake Bay.

That first command at such a young age was Perch, a 16-foot clinker-built runabout with a pull-start 35-horsepower Johnson outboard engine. “She was a battleship to me,” he recalls. Destined to a life at sea, he attended the U.S. Merchant Marine Academy at King’s Point in New York, graduating in 1979. His love affair with the sea—and ultimately the Chesapeake Bay—had begun. He got underway, serving more than three decades as a surface warfare officer in the Navy, rising the ranks to Rear Admiral before his retirement in 2013.

For many years during his early career, Buzby lived aboard a 46-foot Alaskan trawler named Jerry Land, which was the boat he ran and cared for while a Midshipman at King’s Point. He later purchased Jerry Land, making this first love his own. She was initially moored at Willoughby Harbor Marina in Norfolk when Buzby first arrived from Newport, Rhode Island to serve aboard the cruiser USS Yorktown.

When he transferred to the Pentagon, he lived aboard his boat at Gangplank Marina in Southeast Washington instead of leaving the water for a suburban home-life. On weekends, he cruised the Potomac and Upper Bay. In follow-on tours in Washington, he lived on his beloved vessel on the South River in Edgewater. While other assignments to San Diego, Hawaii, Italy, and Florida took him away from the Bay for a few years at a time, he always returned home to the Chesapeake.

“I’ve yet to see all the many moods of the Bay—she is such a wondrous place.” Elaborating, he describes the moods he felt on the Bay from a glassy calm without a ripple on the water to angry seas that punish the unprepared. “I’ve been out there when the wind was howling and the Bay was whipped up to eight-foot waves at the mouth of the Potomac—right snotty.”

Only once was he surprised, during an early-December expedition, where conditions on the seas were calm one minute but swiftly changed, with the passage of a stronger than predicted cold front that produced a full gale and temperatures in the 20’s. With heavy spray freezing on Jerry Land’s windshield, the wipers froze in mid-stroke and required the crew to scrape the windshield with spatulas every 30 minutes. “The Bay forces you to be prepared,” he says with a satisfied smile.

Buzby and his wife Gina—who is a professional artist and is often seen painting landscapes of coastal homes along the Bay—have at various times lived aboard and been homeported on the South River, or at Herrington Harbor in Deale. Now they live in East Beach in Norfolk, adjacent to Little Creek at the bottom of the Bay. After a lifetime of living and working on the Chesapeake, you’d think they’d be contemplating retirement and slowing down. Not Buzby, whose drive to work and wander is as strong as ever. “We still have many ports and anchorages to discover.”

With tangible emotion, Buzby says as the Maritime Administrator, he lives by a motto he learned at King’s Point, “Acta Non Verba—‘deeds, not words.’” This honorable philosophy gets carried into Buzby’s commitment to the Chesapeake Bay. Dedicated to preserving its beauty and protecting the Bay’s natural resources, he says it takes actions by those who love the Bay. “The Bay is a treasure.”

The admiral is adamant that the Chesapeake must be preserved. Resources, he believes, should be replenished and carefully protected, or else the abundance of the Bay will be threatened even further. The menhaden fishery, for example, is one Buzby believes is an example of over-fishing in need of restriction. “We need to find the right balance,” he states. “The food chain is being severely impacted.” Buzby envisions a hopeful future where the Bay is once again thriving, where, “We are able to balance recreation and careful development with the magnificence of the Bay’s natural resources.” In light of that balance, Buzby supports efforts to control development along the Bay, to stop over-fishing, to limit run-off and set controls so algae blooms are eliminated. He applauds laws in place to control waste discharge into the Bay, commenting, “There is no excuse for dumping in the Bay.”

Buzby hopes to find a harmonious arrangement that will preserve resources to ensure the generations of Bay-lovers that follow—and perhaps the next nine-year-old child destined to be a future admiral—will be captivated by the Chesapeake and drawn in by the peace of the Bay.

Washington will keep Buzby busy, but you may see him plying the ever-changing Chesapeake in Nor’easter, his 43-foot Grand Banks Eastbay, standing smartly out of harbors and anchorages any free moment he can take a break from the DC political arena. Buzby never did finish reading Chesapeake all the way to the end.  “Why read it,” he muses, “when I can live it?”

Beth Jannery is the Director of Journalism for George Mason University and author of the novel The Admiral’s Daughter. She lives in Northern Virginia.

The Waterfront Partnership of Baltimore has released new plans for an overhaul of Rash Field, 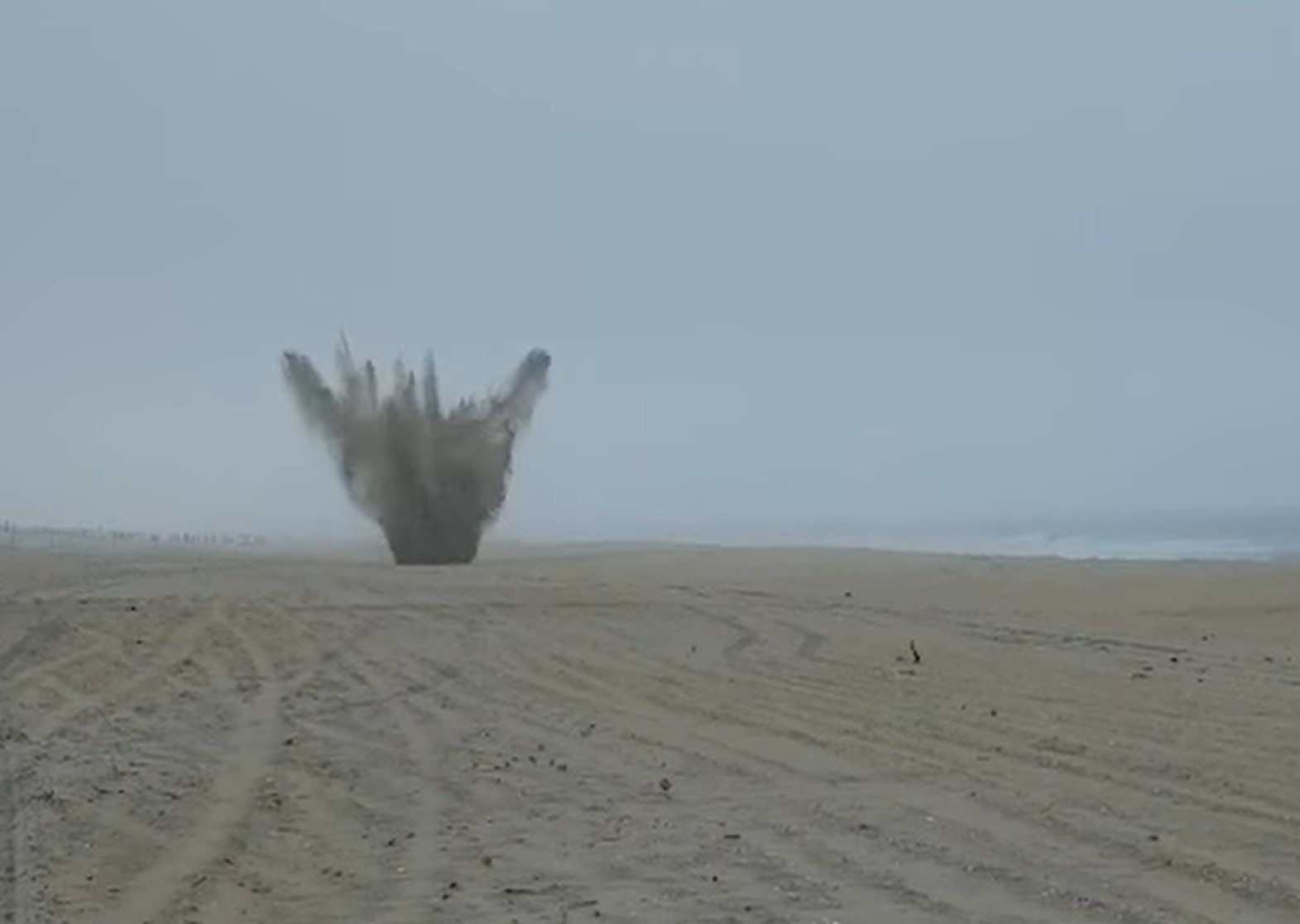