We have watched with wonder as self-driving cars begin to navigate our roadways – with mixed results. Could similar technology be used to navigate the oceans?

Dr. Glenn Wright certainly thinks it’s where the industry is headed. In fact, he wrote the book on the topic. Unmanned and Autonomous Ships is planned for release in early 2020.

In folklore, ghost ships are vessels with no living crew on board. Wright jokes that a whole industry of ghost ships could be the future of maritime shipping, law enforcement, and rescue missions. The military may soon use all manner of unmanned ships.

Wright, president of GMATEK in Annapolis didn’t start off his career as a mariner, but as an engineer. He has 40 years’ experience in research and the development of sensor-based systems for maritime, aeronautical and medical applications.

“I started logging sea time about 20 years ago and became a master mariner,” Wright says. “My family has a long history with the sea. My grandfather was a lighthouse keeper in New Jersey, and my father was a chief petty officer in the Coast Guard.”

One of Wright’s first jobs was working on an aircraft carrier and that’s where he says the seed was planted for blending his interests together.

“I started my first company in 1990 and did a lot of work with NOAA and the U.S. Navy,” he says. “About that time, I started getting serious on the maritime side. In 2012 I decided to go earn my PhD from the World Maritime University in Sweden.”

In his current position as head of GMATEK he combines his background in electrical engineering and computer science into work with artificial intelligence and machine learning.

“These are the things that are at the heart of autonomous ships, what makes them think. I sort of married that technical background with maritime background and applying it to the next thing coming up in maritime industry.”

Autonomous vessels can be large or small, complicated or simple. They are quickly becoming a reality in an effort to make shipping safer and more efficient.

According to Wright, autonomous ships are being implemented across Europe and Asia. “The U.S. is a bit behind on this. But not for long,” he adds.

A number of U.S. companies are already doing things with autonomous ships. SpaceX uses autonomous drone ships to retrieve rockets at sea– making space launches cheaper and the rockets reusable. The Connecticut-based Mayflower Autonomous Ship Project will send an unmanned solar-powered boat to recreate the iconic voyage from Plymouth, England to Plymouth, Mass. — taking just 12 days instead of the 60 days of the 1620 trip. Metal Shark, out of Louisiana, has joined Boston-based Sea Machines to create a fleet of autonomous vessels for firefighting and offshore support.

“It’s all in its very infancy right now,” says Wright.

In Norway, Rolls Royce company Kongsberg has launched the Yara Birkeland to make short trips delivering fertilizer around the fjords, reducing the needs for trucks and the limitations of using drivers.

Other countries are testing autonomous ferries, container ships, workboats and even tugboats.

“We have technology in every aspect of our lives,” says Wright. “We’ve even got ‘smart’ toasters. This technology can be used to make jobs that are inherently dangerous safer. And address the labor shortage in seafaring worldwide.”

A group of fossil hunters near Chesapeake Beach in Calvert County, Maryland got a scare 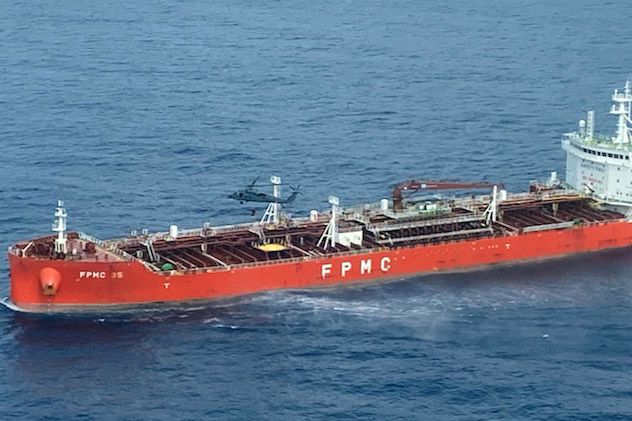