The City of Annapolis is making a long-term commitment to solve its stormwater management problems, awarding a 20-year contract to environmental firm GreenVest.

The Bowie-based firm will work with the city on top-priority spots that need better stormwater solutions to keep runoff pollution out of Annapolis waterways and the Bay. Its team will come up with improvements and put them into play. The City of Annapolis includes roughly 4,600 acres, and it’s densely populated, between commercial, industrial, residential, and multi-family properties.

Greenvest’s founder and CEO, Doug Lashley, explains that many properties were developed before stormwater mitigation was a priority at all.

“Historically, all stormwater was designed to go to the lowest point of land— usually a stream— all of which goes to the Severn and South Rivers and/or the Chesapeake Bay,” he tells Bay Bulletin.

We now know, of course, that stormwater runoff pollutes the Bay. Because many areas of concern are on private property, GreenVest first has the task of reaching out to each owner with a letter of intent for permission.

“It’s a big undertaking to get consent,” explains Lashley.

Right now, he says, the highest priorities are on Spa Creek and Back Creek. GreenVest will take on these areas in the next 12 months. For the two projects, stormwater managers will be working with homeowners’ associations, condominium associations, and organizations like the SPCA.

Some property owners have already been in communication with the City of Annapolis about their stormwater issues, especially those where the property is eroding and conditions have become dangerous. Lashley points out that while most property owners don’t love the idea of his team trespassing to study it and carry out the work, they’ll realize how it benefits them and the water they like to enjoy.

GreenVest has assembled a team of expert resources to help carry out the contract, including BioHabitats, Environmental Quality Resources (EQR), South River Federation, and Princeton Hydro.

The city’s projects will be paid for with funds from its stormwater fee, as well as federal and state grants. GreenVest plays a big role in securing those grants, and Lashley believes his company’s ability to bring funding to the table is one reason they won the contract with Annapolis.

GreenVest and Annapolis will convene each year of the 20-year contract to identify top priorities, and negotiate the work to be done. 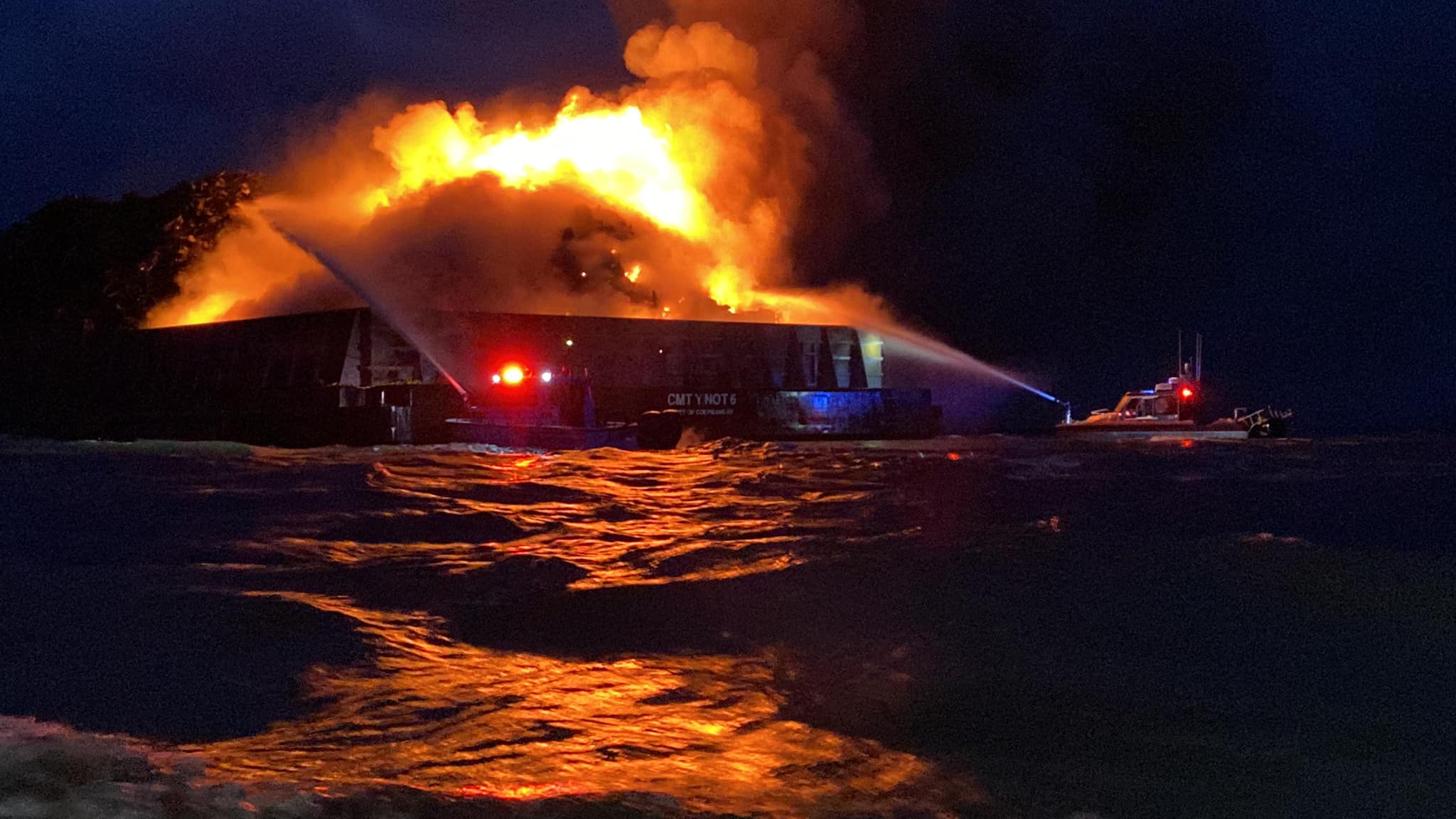 Crews have suspended the search for two people missing on the James River since Saturday.

The Chesapeake Bay and mid-Atlantic coast may see fewer wildlife-choking balloons, thanks to state legislation