The project to build a brand new Maryland Dove replica is moving full speed ahead. Earlier this month, Chesapeake Bay Maritime Museum (CBMM) was chosen to build the ship— and now, an Annapolis-based naval architect has been chosen to design it.

The new Maryland Dove will represent the trading ships that brought the first European settlers to what we now know as Maryland. She’ll be home ported in Historic St. Mary’s City, and owned by the state, just as the current Dove is. The goal of the new ship design is to be as close to the 1634 original as possible, including features that were not known when Maryland Dove was built in 1978. CBMM will build the ship at its historic boatyard, on display for museum visitors to see.

Iver Franzen has worked as a charter and delivery captain as well as a commercial passenger vessel captain, and began his naval architecture career in 1987. He opened his own firm in 1996, and designs sailing and powerboats, tall ships, and commercial vessels. 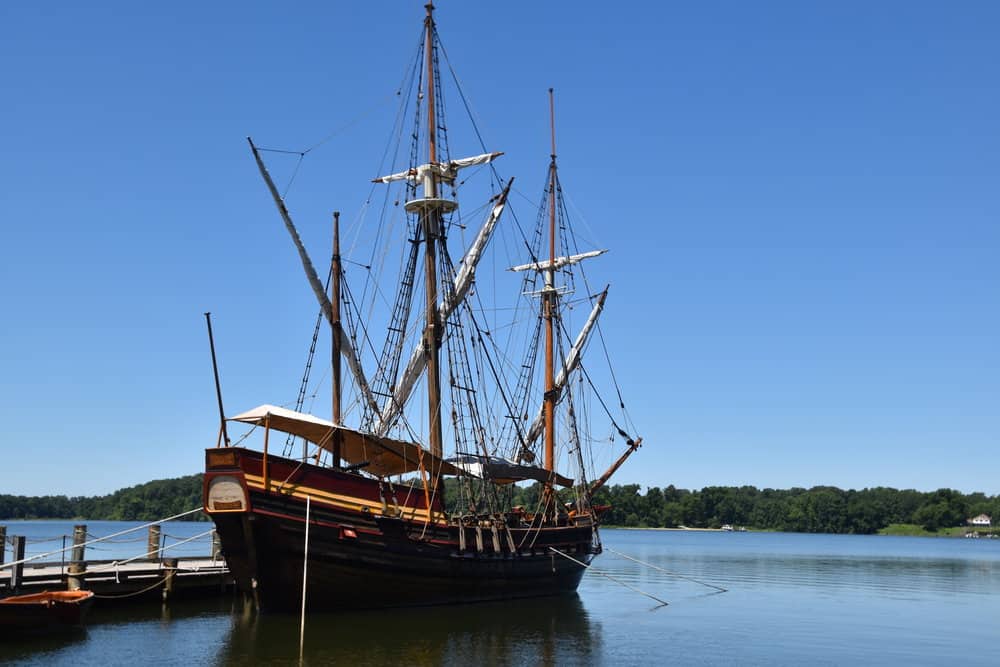 “Achieving the most appropriate design for the new Maryland Dove is of the utmost importance,” said CBMM President Kristen Greenaway. “We have full confidence in Franzen, thanks to his impressive background in designing historical reproductions, and to U.S. Coast Guard standards.

The new Maryland Dove will also be Coast Guard-certified as a passenger carrying vessel, providing more opportunities for people to learn about Maryland’s early history.

“It’s a real honor to be chosen as the designer of one of the new flagships of those efforts,” Franzen said. “I’m impressed with the commitment by HSMC and CBMM to re-create the best example possible of one of our early founding ships, while also realizing that incorporating certain modern details necessary for U.S. Coast Guard certification will actually allow an even better experience and understanding for all of this very important vessel.”

Construction on the new ship is anticipated to begin at CBMM by mid-year, with launch of Maryland Dove targeted for late 2021.