Almost three years after a fire caused $9 million in damage at the Annapolis Yacht Club’s clubhouse, the building at 2 Compromise Street has reopened with a classy, modern new look.

Since then, AYC has been in a temporary location, a former restaurant space at 12 Dock Street, during the permitting and rebuilding process. Finally, the Yacht Club’s happy members are back at the original clubhouse. 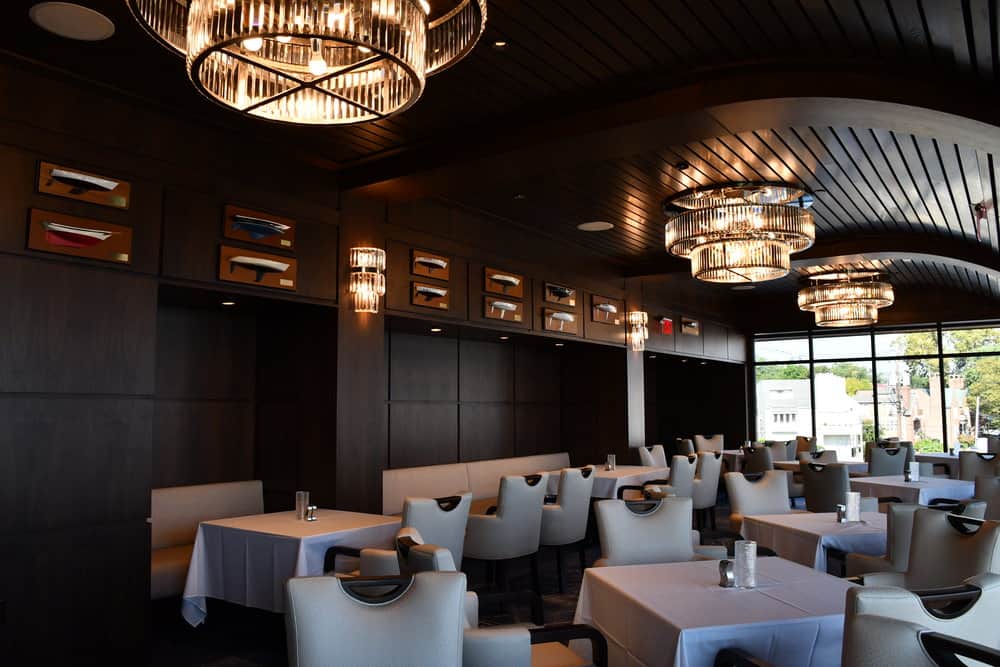 500 members turned out for the new AYC’s welcome-home happy hour, and 200 more dined there for a limited-menu dinner the next evening. And members liked what they saw.

AYC tells Bay Bulletin, the dramatic changes include floor-to-ceiling windows, added decks, new lighting, and noise-reducing ceilings for better atmosphere. Bars on the second and third floors were moved closer to the water to capitalize on the building’s 180-degree views of Spa Creek and the Annapolis Harbor. The color scheme of blues and grays, with dark wood and white accents, make the club appear more open and modern. AYC says members find the new look “familiar, but more sophisticated.”

Some of the memorabilia that was displayed in the club for years and lost in the fire has been rebuilt or replaced, including trophies and half-hull model boats.

In addition to the building’s existing three floors of dining, its 2nd Deck now also includes a sushi bar. The Club was open for lunch during the Annapolis Sailboat Show, and will resume its full lunch and dinner service on October 17.

Photo: Carrie Samis Meteorologists say we’re in the deepest part of winter, and anyone in

An ambitious marsh restoration project is happening at Blackwater National Wildlife Refuge, with the help