A federal investigation is underway to track down the person who shot a bald eagle near the Gunpowder River, leaving it so badly wounded it was unable to be saved.

The adult bald eagle was found injured with gunshot wounds Jan. 18, along Old York Road in White Hall, Md., not far from the Maryland-Pennsylvania line and in the Gunpowder rivershed.

It later had to be euthanized due to the severity of its injuries, the U.S. Fish and Wildlife Service (USFWS) confirms.

USFWS spokesperson Christina Meister tells Bay Bulletin the shooting is a violation of the Federal Bald and Golden Eagle Protection Act, in which no one may “pursue, shoot, shoot at, poison, wound, kill, capture, trap, collect, destroy, molest, or disturb” bald and golden eagles or their nests. If someone is convicted of violating these acts, they could face up to one year in prison and a $100,000 fine.

Bald eagles are also protected by the Migratory Bird Treaty Act, which carries a maximum penalty of six months in prison and a $15,000 fine for a felony conviction.

It’s not the first time in recent years a bald eagle has been the victim of gunshots in the Chesapeake region. In 2014, an injured eagle rescued near the Maryland Yacht Club in Pasadena died and was later found to have pellets in its lung. There have been reports of eagles shot as recently as last fall on the Eastern Shore. And in Hampton, Va. in 2017, Bay Bulletin reports a man pleaded guilty to shooting a bald eagle on his own property—angry that the bird of prey was taking fish from his pond.

Port of Baltimore Could Recycle Dredged Sediment into Bricks, Concrete 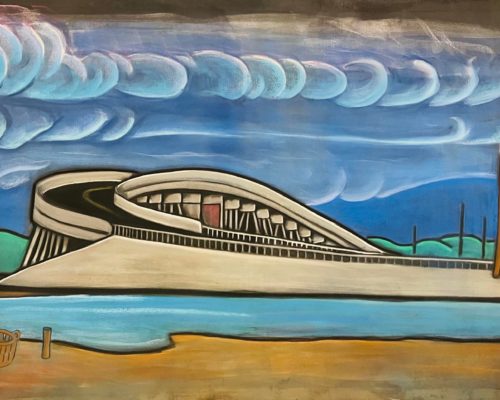 Hoopers Island is known for sport fishing, crabbing, sea glass, and as the home of