Baltimore’s revolutionary solar-powered trash-eating wheels have something to celebrate this month. On the day after Earth Day (April 23), Waterfront Partnership will throw a birthday party for Mr. Trash Wheel in honor of its eight years cleaning up the harbor.

And by way of a birthday present, a prominent Baltimore food producer will sponsor the trash wheel’s operation costs and fund $30,000 worth of city cleanup projects. Pompeian, America’s largest brand of olive oil, will “re-adopt” Mr. Trash Wheel for a second year, committing to fund the collection and removal of an estimated 250 tons of trash and debris from Baltimore’s Inner Harbor.

In 2021, Bay Bulletin reported on the unique partnership that prompted a new set of olive-green googly eyes on Mr. Trash Wheel and spinning olives on his water wheel. During that year, Mr. Trash Wheel and the other trash wheels located around the harbor’s outfalls removed 220 tons of waste from the water.

This year, the partnership will include an expanded Community Cleanup and Beautification grants program, improving Baltimore neighborhoods and cleaning up trash before it makes its way into any trash wheel’s jaws. Already Waterfront Partnership has distributed $25,000 from Pompeian’s grants in East Baltimore, for projects like native plantings in open spaces and monthly cleanup events featuring live music.

The birthday party will be held Saturday, April 23 from 3-6 p.m. at Pierce’s Park, one pier over from the National Aquarium. Tickets are $20 for adults, $10 for kids under 12. Click here for tickets. 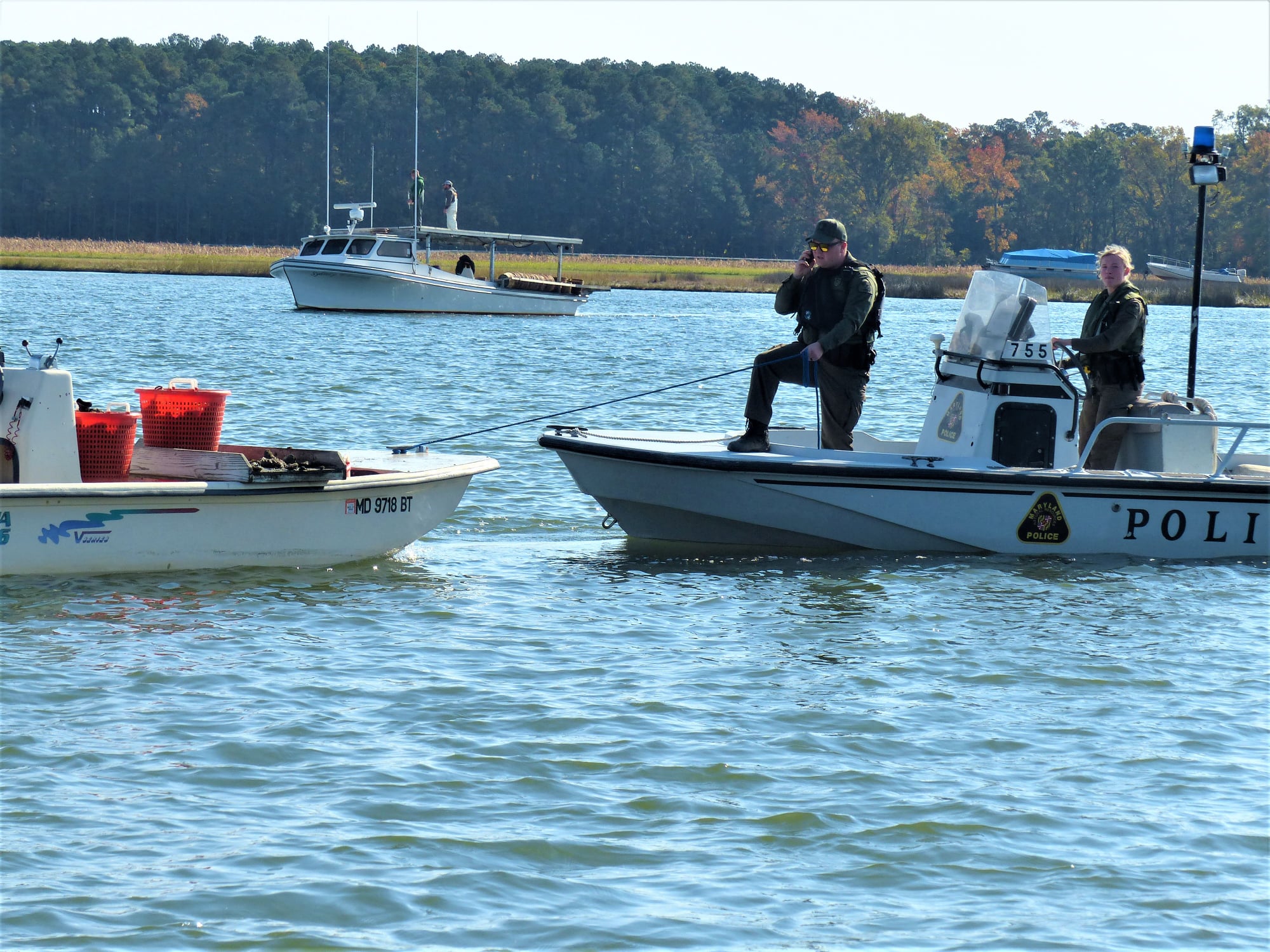 For the second time in three weeks, a Maryland waterman has gone missing, his boat

Soon, electric current will be used to stun blue catfish and a select few fishermen