Few things satisfy my appetite—both spiritually and as an epicurean—like campfire food. Seared into my memory are the camping trips I’ve taken to the lower Chesapeake’s and Atlantic barrier islands. I recall a trip to Tangier Sound when a robust moon doused nearly everything with drunken, swanky light, and soft crabs and rockfish snapped, crackled, and popped in the cast-iron skillet over the campfire. Vegetables wrapped in foil roasted next to the coals. The Bay’s secrets were tucked away quietly for the night, the beer ice-cold, and, for the moment, all seemed right with the world.

Early spring to mid-summer is prime time camping in my book, mainly to avoid bug season and the summer crowds, but also to witness the natural world awaken from winter. Places to camp, boat and fish in the Chesapeake watershed and along Delmarva are far too numerous to chronicle here. Most sites are full of modern amenities and facilities. The places I’m suggesting below are not those. These offer primitive camping, accessible only by boat or kayak. You pack it in, you pack it out.

Places where the ocean mingles with coastal bays make for fascinating explorations. We know we aren’t the first to see the white sandy shores or poke our skiffs into concealed salt marsh guts, but it sometimes feels that way. From Chincoteague Bay down through Magothy Bay, there are miles of beaches and inlets begging to be experienced. Many, like Parramore Island, owned by The Nature Conservancy, are restricted. Other lands are privately owned; but don’t be that guy. Be respectful.

No one owns the labyrinth of sloughs, cuts and channels that dissect these islands, however, at least up to the high-tide mark. Nature abounds along the beaches and marshes of our part of the Atlantic Coast. Sand dollars, ribbed scallops, and whelk shells adorn sandy beaches. Beach grass, sea oats, and goldenrod give way to bayberry and wax myrtle thickets. The latter often make up ideal heron rookeries. Pelicans and various types of gulls, pipers, plovers, and terns can also be observed. Later in the season, porpoises run the inlets, and sometimes you may even spot whales.

On the seaside of Virginia near Cape Charles is Mockhorn Wildlife Management Area, an Atlantic coastal island of more than 7,000 acres of tidal marshland owned and maintained by Virginia’s Department of Inland Game and Fisheries. The area consists of two tracts—Mockhorn Island and the GATR tract. Mockhorn is the most primitive of the two with its natural state of mixed upland and marsh habitats. Once a sporting club, remnants still remain of failed efforts to tame this apparently untamable island, including concrete walls and structures in varying states of disrepair.

You’ll want to make camp on the high ground amongst the loblolly pine and red cedar hummocks. Watch out for poison ivy, and pay close attention to the wind and tidal ranges, especially if you go exploring. Note that spring turkey hunting is allowed during the April split on the GATR tract. Waterfowl hunting is also allowed on Mockhorn Island in the fall and winter.

As the inshore waters warm, anglers can find flounder in the tidal guts while surf anglers target migratory spring runs of black and red drum. The surrounding waters of Magothy Bay, South Bay, Ship Shoal Channel, and New Inlet also attract saltwater gamefish including gray trout, croaker, and, during the summer, tarpon. Before you launch, go see Chris Snook at Chris’ Bait & Tackle on Route 13. She will give you the 411 on what’s biting and on what. She has everything you’ll need. Access to Mockhorn Island is fairly straight forward—Launch at the boat ramp  at Oyster, located at the end of  Route 639.

For a change of pace, camp at nearby Kiptopeke State Park. Or check out Fisherman’s Island National Wildlife Refuge. On your way back to civilization, make it a point to stop into the town of Cape Charles. No longer a sleepy Eastern Shore village, Cape Charles has excellent restaurants and the Cape Charles Brewing Company brew-pub to ease you back into the modern pace of life.

Jane’s Island State Park (410-968-1565) in Crisfield, Maryland offers three primitive, back-country campsites equipped with tent platforms and  boat landings. It is an easy paddle from the park’s launch, and an even easier run by skiff. The Water Trail is well marked, but be mindful of the tides, particularly when wind-driven. A couple times while paddling,  I doddled too long, and was forced  to wait out the ebb until the rising  tide returned enough water to  float out.

If you’re feeling adventurous, skiff across Tangier Sound and explore the shallows between Tangier and Smith Islands. Stop into Tylerton for a Drum Point Market crabcake after casting lures or flies to an undercut marsh bank for specks and stripers. Don’t be surprised if you’re the only angler around. And, if you get skunked, do you really care? You’d be hard-pressed to find a prettier place to while away the time.

If platform camping isn’t rustic enough for your inner Bear Grylls, run south to the Cedar Marsh Wildlife Management Area or a bit north to South Marsh WMA to find some dry, high ground to pitch a tent. With rising sea level, finding a dry spot to make camp may be a challenge, especially on big, moon or wind driven tides. If these options are too much like roughing it, Jane’s Island has 100 campsites, 49 of which are equipped with electrical hook-ups to accommodate tent or vehicle campers, as well as bath houses with hot-water showers and flushing toilets.

Whatever your comfort level, who doesn’t need a respite from a fractious, noisy world? Head to a place where an infinitesimal trail of stars disappear into that luminary cathedral, and where salt-enriched air washes over you at daybreak. The back bays and barrier islands of the Atlantic seaside and Chesapeake fit that bill perfectly. Spend a few days exploring and I guarantee you’ll find it cathartic and rejuvenating.

On the trail of oddball Chesapeake sport fish. 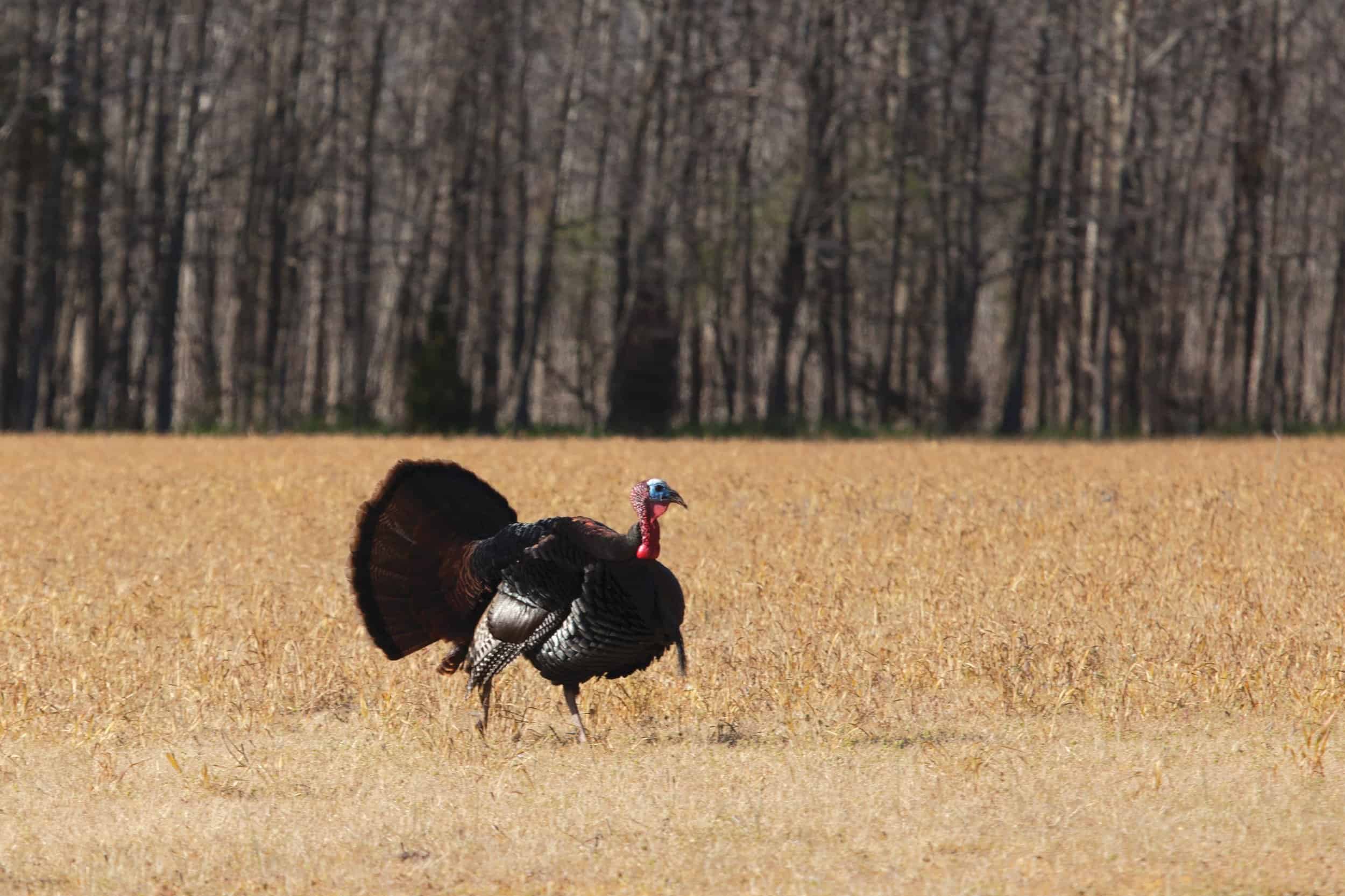 For the most dedicated, springtime means gobblers.

Wild Chesapeake: In Praise of Rivers

by Chris D. Dollar When I was a kid, I developed an encyclopedic knowledge of