There are fishery conservation champions and then there is Bob Hayes. During an impressive fisheries policy career that has spanned decades, his intellect and strategic thinking influenced nearly every major U.S. federal recreational fisheries law in place today, including securing federal gamefish status for striped bass, red drum, and Atlantic billfish.

Most recently, Hayes was instrumental in getting Congress to pass the Modern Fish Act, which President Trump signed into law on January 1, 2019. For the first time, this federal law recognizes differences between recreational and commercial fishing. This is important because fishery policymakers now have better and more appropriate tools for crafting and implementing federal recreational fisheries management measures. Many consider Hayes’ crowning achievement to be his role in creating legislation that made it possible for saltwater anglers to contribute financially to conserving marine fisheries, similar to that of hunters and freshwater anglers.

Hayes began his work in fisheries policy as an attorney for the U.S. National Marine Fisheries Service and the U.S. National Oceanographic and Atmospheric Administration. Over the years he has become a highly regarded expert on state, federal, and international fisheries management issues, He has served as general counsel for the Coastal Conservation Association (CCA) for twenty-five years. He also filled that role for the American Sportfishing Association. For his conservation work, Hayes received CCA’s Walter Fondren and Norville Posser awards, and in 2006, he was named “Conservationist of the Year” by Outdoor Life.

Hayes continues to provide sage advice and expert guidance to the conservation community on a host of pressing issues. Currently, he is the chairman of the Center for Sportfishing Policy, and also sits on the boards of directors for Building Conservation Trust and the Theodore Roosevelt Conservation Partnership.

CCA Maryland executive director David Sikorski said, “Bob Hayes has been instrumental in shaping fishing policy throughout the nation, and a mentor to many who continue to work for a bright fisheries future and the resources we depend on.”

In a statement, Jeff Angers, president of the Center for Sportfishing Policy, said, “It was an honor to see CSP Chairman Bob Hayes inducted into the 2019 IGFA Hall of Fame along with President Bush and other great leaders for conservation and recreational fishing. Bob has been a champion for marine conservation and public access for nearly four decades. We are grateful for his visionary leadership at CSP and in our community from coast to coast.” 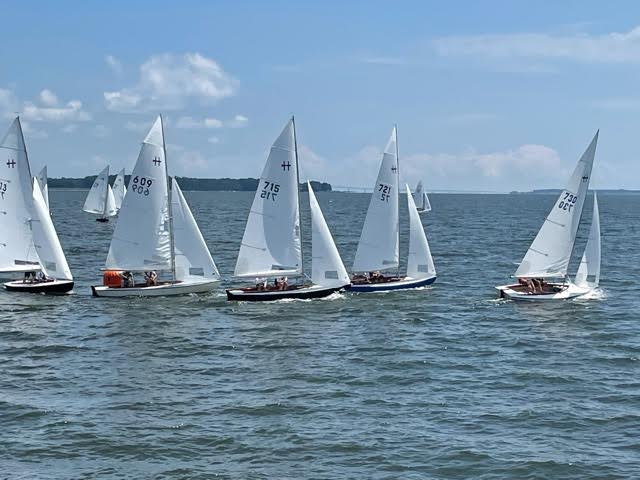 Last month, Bay Bulletin reported the good news that underwater grasses were on the rise