In honor of this year’s Martin Luther King, Junior holiday weekend, a group of 14 Southern states, including three in the Chesapeake Bay region, are banding together to highlight landmarks in the modern civil rights movement.

Together, 130 different sites form the new U.S. Civil Rights Trail, including all of the deep South as well as Virginia, Washington, D.C., West Virginia, and Delaware. The locations include schools, churches, courthouses, and businesses where historical moments took place during the civil rights movement. They also include memorials and museums that teach us about the movement.

Here are the landmarks in our region that are featured:

In Wilmington, Delaware, one of the lawsuits combined into the Brown v. Board of Education Supreme Court case played out at Howard High School. Parents of students who were being bused to the all-black school sued to allow their children to attend Clayton High School, which was all-white at the time.

Harpers Ferry, West Virginia is on the U.S. Trail for the key Civil War events that unfolded there. They include John Brown’s Fort, where abolitionists captured an arsenal in 1859, and tried to lead an armed revolt in Virginia.

At the Lockwood House, then known as “Clayton Hospital,” wounded Union soldiers were treated during the Battle of Harpers Ferry in 1862.

Loudon Heights is the second-tallest mountain overlooking Harpers Ferry, and in 1861, Stonewall Jackson gained control of the mountain and built three infantry blockhouses there.

Just across the Potomac River, Maryland Heights was the site of the first battle between Union and Confederate troops. Its position overlooking the Potomac and the B&O Railroad made it the most important Confederate target during the Battle of Harpers Ferry.

Lastly, at “The Point,” the Potomac and Shenandoah Rivers come together and visitors can see three states, West Virginia, Virginia, and Maryland. The panoramic view shows why Harpers Ferry was a strategic spot in the Civil War.

In Farmville, Virginia, high school students walked out of their school, Robert Russ Moton High School, to protest the poor conditions there. It became another of the lawsuits combined into Brown v. Board of Education.

In Washington, D.C., the U.S. Civil Rights Trail includes the Martin Luther King, Jr. and Lincoln Memorials, as well as the National Museum of African American History and Culture and Howard University.

Also on the trail are historical sites like the National Mall, where Dr. King delivered his famous speech, the U.S. Supreme Court, site of the groundbreaking decision in Brown v. Board of Education, and John Philip Sousa Middle School, where a group of 12 black students fought to gain entry.

For an interactive map of all of the landmarks that make up the U.S. Civil Rights Trail, click here. 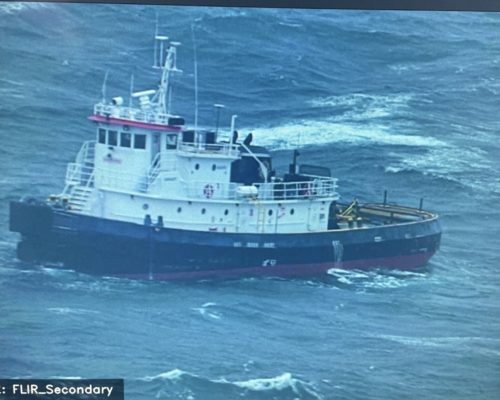 An unusual situation unfolded this weekend just off the coast of Ocean City, Md. when

If you haven’t seen one of Baltimore’s best pollution solutions—the trash wheel—prepare to be impressed.