The slogan, “Land of Pleasant Living,” which so perfectly captures life on and around the Chesapeake Bay, started in the 1940s as a advertising tag for National Bohemian beer, but the origin of the slogan doesn’t make it any less apt.

With a slew of state parks dotting the Chesapeake’s shores and the banks of the Bay’s tributaries, getting to, in, and on the water is easy. Here is a sampling of time-tested camping places where you can enjoy bayside or tributary camping from the estuary’s northern top to the mouth of the Bay. Most of these offer canoe, kayak and even paddleboard rentals if you don’t want to bring your own.

So, get to one of these campsites and then out on the water to start living pleasantly.

People generally associate Native American tribes with the western U.S., but as the name Chesapeake and its many tributaries, such as Susquehanna, Rappahannock, Potomac, and Patuxent remind us, the Bay watershed is rich with native history as well as colonial and pre-colonial history. Captain John Smith first explored the Susquehanna in 1608, and his assessment of the river remains applicable today: “Heaven and earth seemed never to have agreed better to frame a place for man’s… delightful habitation.” 18th-century buildings remain at today’s park, and the campground, open April to October, sits near the river and a mere six miles north of the Bay, where the Susquehanna, the second largest watershed in the eastern United States, pours about 19 million gallons of fresh water into the Chesapeake every minute. Accordingly, a major draw at Susquehanna State Park is fishing, especially in springtime during the annual herring and shad runs. But being such an expansive river, a spot is easy enough to snag. The park’s campground accommodates 69 sites in two loops, six of which are electric, plus six camper cabins.

The Patuxent River originates 115 miles north of the Bay, and while squiggling its way southward, it delineates the borders of several counties before widening considerably between Calvert and St. Mary’s counties and finally finding its way into the Bay. The main visiting area is at Jug Bay, sandwiched between MD 4 and US 301 in Prince George’s County. But there are six waterside camping locations spread along the Patuxent for roughly 35 miles from the south heading away from the Bay. The six sites include Greenwell State Park (GPS 38-22-22N 76-31-56W); Maxwell Hall Park (GPS 38-32-05N 76-41-13W); Milltown Landing (GPS 39-37-58N 76-41-27W); Spice Creek (GPS 38-41-30N 76-42-16W); White Oak Landing (GPS 38-44-33N 76-42-07W); Iron Pot Landing (GPS 38-47-45N 76-43-14W), and Stocketts Run South, where Stocketts Run empties into the Patuxent (38-88-22N 76-67-52W). Sites are all primitive and require hauling in all of your gear, which is, after all, part of the fun, no? Note that Iron Pot, Maxwell Hall, and Stocketts Run are accessible only by water. Sites range $20-$26/night, and they promise lots of privacy. The Patuxent Water Trail website (patuxentwatertrail.org) is a good source of inspiration.

Westmoreland State Park sits on the Potomac, across from where Maryland’s Wicomico River splits St. Mary’s and Charles counties, about thirty miles to the northeast of the Bay. History abounds here. George Washington’s birthplace is just outside of the park boundary, as is Stratford Hall, home to Virginia’s famous and influential Lee family. Both sites are open to the public. If you like your history with a geological bent, Westmoreland’s Horsehead Cliffs provides fantastic views over the Potomac—up to twenty miles on a clear day—and occasionally gives up fossilized treasures spanning some sixty million years. Westmoreland is a nice and easy place for families, with a large pool, snack shacks, and plenty of lodging options. All of these amenities means that Westmoreland can get busy. The park’s website warns that, “There’s limited cell phone service in the park,” which sounds like another point in its favor. If you are trying to get away from it all and you’re tent camping and wishing to avoid RVs, choose campground loop C, which has 30 tent-only sites. Loops A (36 sites, plus camper cabins) and Loop B (51 sites) have some tent-only sites. The nicely appointed cabins are very near the water and the sandy beaches, including Fossil Beach, an obviously good place to look for fossils and sharks’ teeth. There, you’ll see banks with trees and exposed roots hanging precariously, soon to be victims of the lapping Potomac, a river that is still quite wild and untamed in places. Westmoreland is a perfect place to be reminded of that.

Point Lookout was an excellent observation position for American forces during the Revolutionary War and War of 1812. It also happens to be exceptionally beautiful. A Civil War prison camp on the site housed more than 50,000 Confederate soldiers. Monuments and a cemetery memorialize this grim period on Point Lookout’s history. Today, the place couldn’t be more peaceful. The park has more than 140 camping sites, the majority of which are without electric or hook-up, plus six camper-cabins. Some sites are available year-round. The campsites are pleasantly situated on Oyster Point, with plentiful launch points for easy access into Lake Conoy, Point Lookout Creek, and a channel that takes you into the southern mouth of the Potomac where it joins the Bay at the Point Lookout Lighthouse. Three water trails take you in and around the park: Green Points (1.7 miles) along the Lake Conoy shoreline; Heron Alley (3.4 miles) through Point Lookout Creek; and Lighthouse (3 miles), through open water near Civil War sites. Each trail can be taken as a day’s highlight or they can be merged and repeated; they never get old. Boat rentals are available at the park.

Janes Island State Park, at 3,147 acres, is generally thought of in two parts—the developed mainland section on the outskirts of Crisfield and the isolated island, a rugged area accessible only by boat. In between is picture-perfect tidewater Maryland, enhanced by thousands of migrating birds including pelicans. It is, simply, beautiful. From nearby Crisfield, you can hop a ferry to Smith Island, the no-stoplight place that spawned the state’s official dessert and where many of the island’s residents can trace their lineage to the first English settlers and where, purportedly, locals speak the New World’s closest thing to Old World English. (I must admit, the local twang doesn’t sound terribly British to me). Janes Island is dominated by Tangier Sound to the west and the Big Annemessex River to the north. Accordingly, Janes Island offers six unique water trails either winding through creeks and marshland within the island or, for experienced paddlers, meandering all the way out to Tangier Sound. One can also paddle to Crisfield; boat rentals are available. The park has more than 100 campsites, about half of which can accommodate RV’s. There are also four cabins as well as primitive backcountry sites.

Belle Isle State Park sits on the Lower Rappahannock River, roughly 18 miles north of where the river empties into the Chesapeake Bay; the river is more than three miles wide in places and can run as a placid, easy paddle in dry spells or move along at a strong clip after a storm. Either way, it’s beautiful, historic, and powerful, and a delight to explore. Belle Isle, home to diverse fauna and flora, is a relatively small park (730 acres) tucked in an out of the way location. Its cozy and semi-isolated feel garners rave reviews from users. Camping season runs March through December. Primitive sites are open year-round and seasonal canoe, kayak and paddleboard rentals are also available.

Kiptopeke is located on the Eastern Shore of Virginia where the Chesapeake joins the ocean, an important migrating waterfowl spot. Park emphasis is on the natural ecology, with highlights on those many, many birds—more than 400 species spotted in the park so far, and the camping opportunities are plentiful. Options include the traditional tent and RV spots—138 in total—and cabins, lodges, a bunkhouse, and a yurt. Some of these options remain open year-round. If the park and its access to the Bay is not enough for you, there are two more wonderful sites nearby—the Eastern Shore of Virginia National Wildlife Refuge Visitor Center and the Magothy Bay State Natural Area Preserve— magnificent and lovely places to soak in the splendors of the natural, unspoiled world.

Evan Balkan is the author of six books of nonfiction, as well as many essays and short stories in an array of publications. He lives in Towson, Md. with his wife and two daughters. 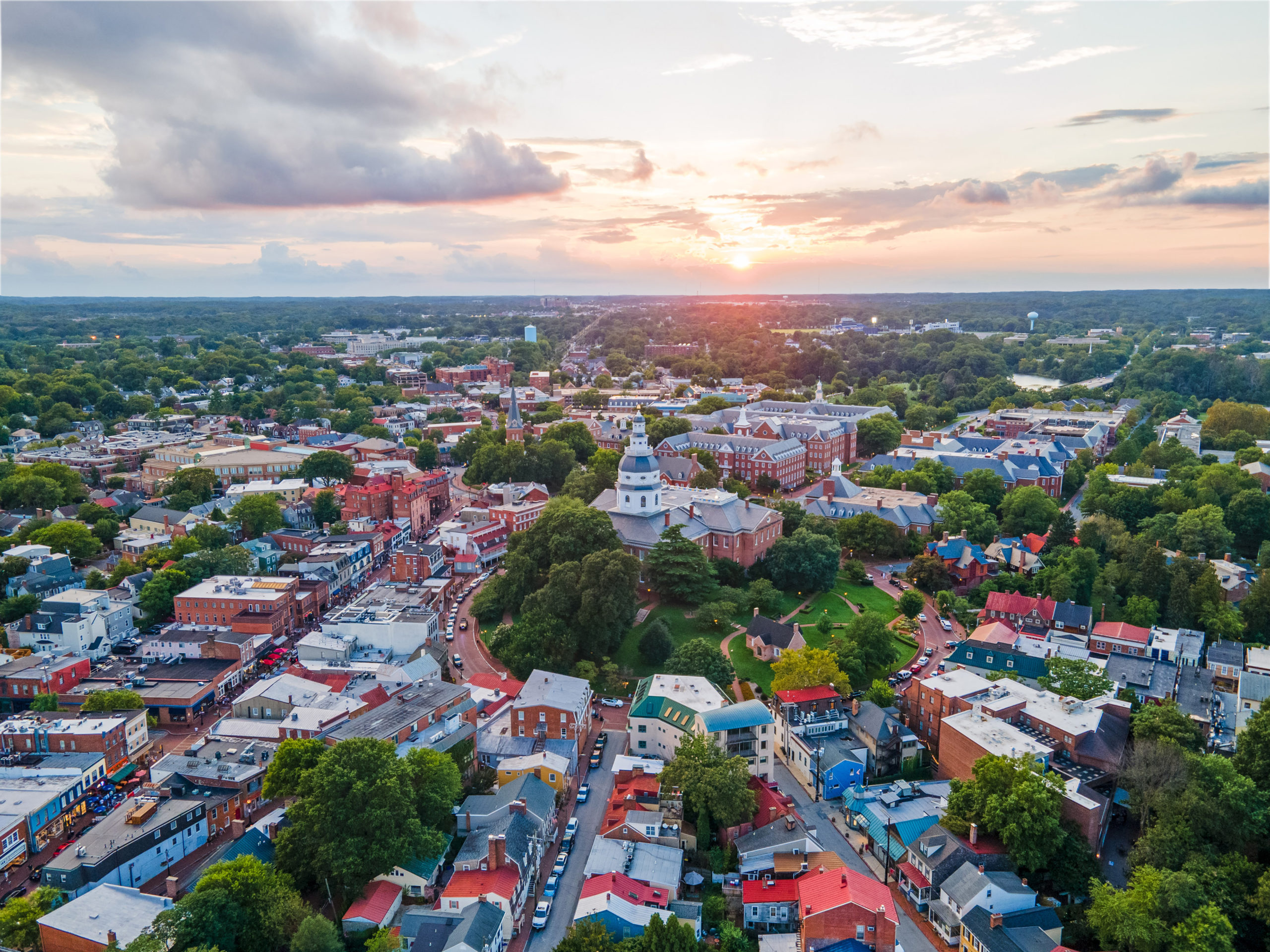 Fast facts Located where the Bay meets the Severn River, just south of the Chesapeake 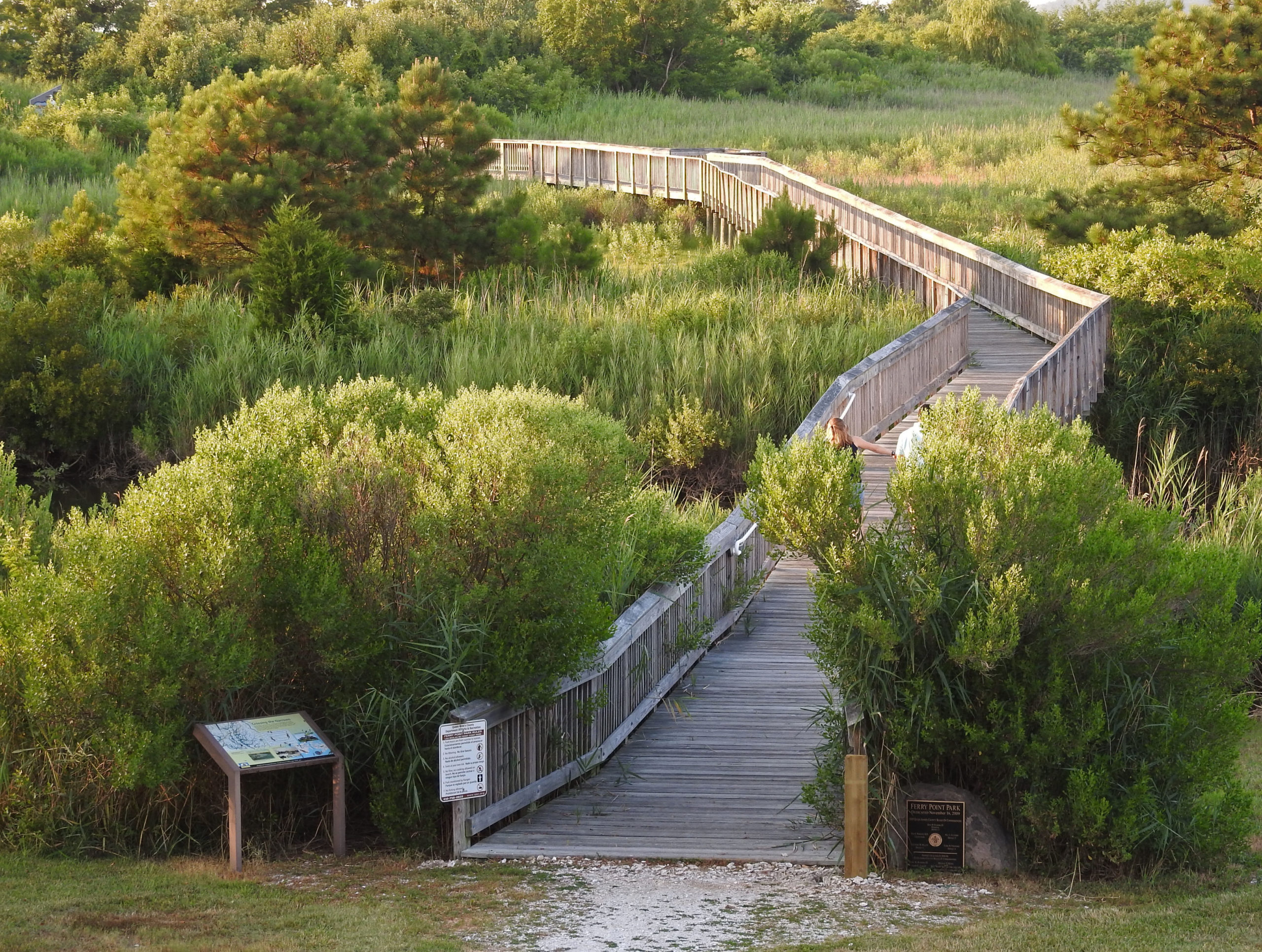 Fast facts Located on the eastern edge of Kent Island, 6 miles from the Chesapeake