Black History Month begins next week, and Maryland’s Eastern Shore holds a vast store of that history. This February, a number of events are planned, with COVID-19 adjustments in place. We round them up for the Bay region to enjoy in person or from afar.

What we know today as Black History Month began in 1926 as Negro History Week. It was the inspired creation of Dr. Carter G. Woodson, a Chicago University and Harvard graduate, and the founder of the Association for the Study of Negro Life and History. Still in existence today, the organization is now known as the Association for the Study of African American Life and History. What began as a week-long observance grew in the 1960s to a month-long celebration.

Although the number of in-person activities has decreased due to lingering COVID concerns, celebrations on the Eastern Shore continue. Some organizations have creatively pivoted to virtual viewing while others provide a hybrid experience. Whatever route you choose, the opportunity still exists to learn about African American contributions to life on the Shore—from unexpected, invaluable historical finds, to the life of returning Civil War veterans who helped to build their communities, the words of workers, watermen, educators, business owners told in the voices of their descendants, and stories of historic institutions and founding families.

The Commodore Papers, dating from the late 1600s to the late 1800s, document the lives of enslaved and free African Americans in both Kent and Queen Anne’s County. Discovered in the attic of a house set for demolition, they were saved through joint efforts of community members, donors, and Washington College’s Starr Center for the Study of the American Experience. The Commodore Papers are just one collection of the Starr Center and its Chesapeake Heartlands Project. Chesapeake Bay Magazine has an in-depth look at the Chesapeake Heartlands Project in our January/February 2022 issue. Chesapeake Heartland/Starr Center for the Study of the American Experience, chesapeakeheartland.org

At Sumner Hall/Grand Army of the Republic Post #25, discover the story of the Kent County men who fought in the Civil War as United States Colored Troops and returned to found the Grand Army of the Republic Charles Sumner Post #25. Named for Senator Charles Sumner, it is only one of two remaining African American GAR Halls in the United States. sumnerhall.org/exhibits/current-exhibit

From the Kennard African American Cultural Heritage Center, you can view video presentations honoring local African American outstanding citizens, all told in the voices of families and colleagues. The honorees include watermen, business owners, educators, and Lucretia Kennard, the woman whose determination to provide quality education for African Americans inspired the building of Kennard High School. kennardheritage.com/about-kaachc

The Hill Walking Tour: Easton’s Hill neighborhood has been home to free African Americans since the 1780s and is believed to be the oldest free African American community in the country. Take the self-guided Hill Walking Tour to see the churches that were dedicated by Frederick Douglass. You’ll visit the site of the Buffalo Soldier House and the neighborhood of founding resident Grace Brooks. To learn more, contact Talbot County Economic Development and Tourism at 410-770-8000, thehillcommunityproject.org/walking-tour

While you’re in Easton don’t miss a chance to view the Frederick Douglass mural, painted by world-renowned muralist Michael Rosato. It can be seen on the side of the Solid Tops Building at 505 South Street on the Easton Rails to Trails walking path.

At the Water’s Edge Museum, take a virtual museum tour celebrating Maryland’s Founding Black Families. Inside the museum, the West Wall is full of portraits of families that lived less than 20 miles from the museum’s site. The South Wall is full of art dedicated to African American military service and spirituals. watersedgemuseum.org/new-page-1

The Harriet Tubman Museum and Educational Center, at 424 Race Street in Cambridge, hosts Songs of the Underground Railroad on March 27, 2022, 3-5 p.m. Linda Harris, founder of We Walk with Harriet, and Dave Cole, a music educator at Washington DC’s Duke Ellington School of the Arts, will perform songs of the Underground Railroad and discuss their meanings. Regular museum hours are Thursday-Saturday, 12-3 pm. For questions concerning museum hours and program times, call 410-228-0401

The Chipman Cultural Center is located in a former church built in 1837, at 325 Broad Street. It was purchased by freedmen for use as a church, school, and meeting place and later by educators Charles and Jeanette Chipman. The Chipman Center houses educational and cultural displays highlighting the African American history of the region. The Center is open for tours by appointment only. To arrange a tour call 443-523-0084.

Don’t miss the vibrant mural depicting the Chipmans and other influential African American citizens on the side of VFW 10159, at 821 West Main Street, also in Salisbury.

At the Corbin Gallery (4 E. Main Street), the exhibit Black Folks in Maritime: Past, Present, and Future uses artworks, films, books, visual texts, and artifacts to demonstrate and teach the history of African American participation in maritime industries. It’s open Feb. 2-26 on Wednesdays and Saturdays only. On Feb. 24, the Corbin Gallery hosts a free soul food-tasting event organized by the students of It Takes a Village to Help Our Children, Inc., who participate in the Crisfield Drug Free Youth Coalition.

For a wide range of subjects, participate in ASALH’s month-long Black History virtual celebration. In the words of Dr. Woodson: “We are going back to that beautiful history and it is going to inspire us to greater achievements.” asalh.org/. 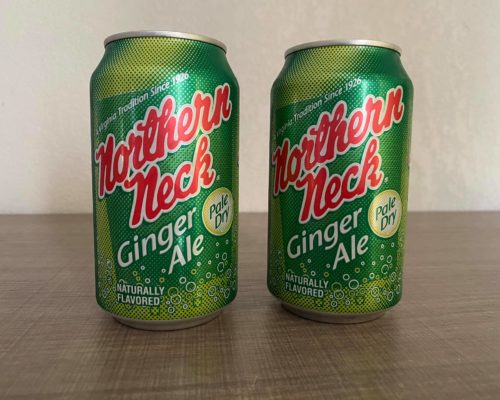 Virginia’s Northern Neck (a.k.a. NNK), the peninsula between the Rappahannock and Potomac Rivers, is known

Standup paddleboaders and sailors will come together for an end-of-season celebration next month, and it’s

As gas prices remain sky-high at the pump and at Bay fuel docks, we’re beginning