A boater had to be rescued by helicopter after running aground on the Susquehanna Flats in the upper Bay on Saturday. The Coast Guard reported Saturday just before 7 p.m. that they attempted to respond to the stranded boater, but the water was so shallow that their boat crews couldn’t reach the vessel by any means.

Maryland State Police Helicopter Trooper 1, based at Martin State Airport, flew to the Susquehanna River Flats, an area at the mouth of the Susquehanna that holds the largest underwater grass bed in the Chesapeake Bay and is popular with anglers. Local emergency responders tell us the tide was extremely low on Saturday, after Friday’s high winds. Sometimes little islands pop up in the flats during extreme low tides, and that’s what happened Saturday.

The 18-foot boat was stuck aground in the middle of the flats and inaccessible by ground or marine units. The Trooper 1 helicopter crew searched for the boat and found it after the operator lit off a flare.

The helicopter was positioned in a steady hover 80 feet above the stranded boat, where a Trooper/Rescue Technician was lowered. The rescuer secured the boat operator into what’s called a “screamer suit”, a sling-like tool for hoisting patients by air. Once the trooper and the victim were safely inside the helicopter, Trooper 1’s medical crew determined the boater wasn’t injured, and was reunited with family back on land.

Local fire/rescue crews tell us vessels get stuck on the Susquehanna flats multiple times a year. On Jan. 9, the Susquehanna Hose Company assisted in a rescue attempt 300 yards offshore of Park Island near Havre de Grace, where it was so shallow that a state police helicopter was called in to hoist two boaters to safety.

Assateague Island got a special treat earlier this month, as about 100 tiny loggerhead turtles

First-Ever Navy Warship to be Commissioned in Annapolis

For the first time, a Navy combat vessel will be commissioned at the U.S. Naval 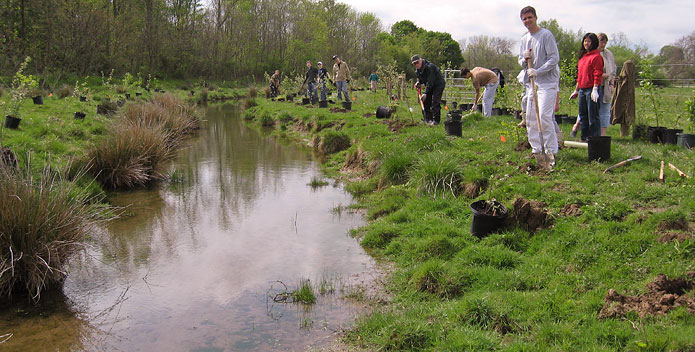