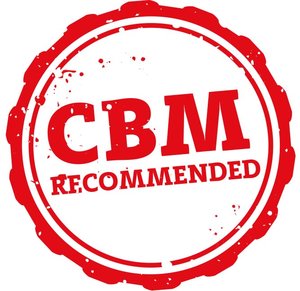 Dennis Powell was cooking breakfast at his family place beside the Choptank River on a fall morning, when tragedy struck. The cast-iron pan he inherited from his grandmother tumbled down a flight of stairs and cracked. As a vintage cast iron restorer he knew that repair was not practical. With the original heirloom beyond saving, he resolved to fabricate a worthy replacement—two actually, one for each of his sons.

It started with a question, “How can we cast iron as thin and smooth as those great American foundries did in the late 1800s?”

Thus began an unexpectedly difficult odyssey that culminated in a partnership with a Pennsylvania foundry to produce what is, Powell argues, “the finest cast iron pan in existence.” (And we are inclined to agree – see sidebar.) More than three years of research, testing and discovery ended up at that foundry willing and capable of producing a pan that could measure up to his grandmother’s. They arrived at the formula by researching iron engineering manuals from the 1800s to produce the thinnest side walls while preserving the heft and heat-holding properties of the base. The fact that he’s named the pans after his wife’s, business partner’s and foundry owner’s grandmothers (Lili-12”, Joan-10”, Heather-8”) can be taken as an indication that he believes he’s done it. The new six-inch addition to the line bears the name of his grandmother, Estee, who was a long-time meat market owner and butcher in Charleston, S.C. While the pans are forged in Pennsylvania, Powell finishes and seasons them in Easton, Md.

Cast iron refers to the way the pans are made rather that the material itself, which is called gray iron. Casting is the process whereby molten metal is poured into a mold, which determines the shape. Gray iron, though once regarded as a high-end material (the dome of the Capitol building is made of it), is high in carbon which renders it tough but brittle. This makes it tougher to cast than more responsive alloys, like steel, and completely unusable for stamping, a far more efficient pan-making technique. High-volume pan casting requires a coarse medium, usually sand, to facilitate unmolding.

The result is the nubby texture one finds in today’s cast iron pans, and the most notable difference between those and older ones. Old pans are smooth, and it is the smoothness of the cooking surface that most affects an iron pan’s non-stickiness. The oft-touted idea that seasoning is responsible for release performance (though it does contribute) is false— (paraphrasing from Powell’s more descriptive verbiage. The man is passionate about this subject.)

Much has been made, written and argued about the proper seasoning of a cast iron skillet, elevating what is a fairly mundane process into the realm of cult magic. Gray iron’s high carbon content makes it susceptible to oxidation, and it is rust protection that is the most important role of the seasoning, which refers to oil polymerization wherein molecules in hot oil crosslink to form a durable barrier. This happens naturally as oil dries out, and the process is accelerated by the heat. When this occurs repeatedly over time, a thick carbonized layer forms. On a rough surface, such as a common iron pan, this buildup is a levelling agent, becoming a replacement smooth surface. Removing this temporary surface by over cleaning or stripping exposes the underlying iron to rust, and also reverts the cooking surface to its original sticky state. This may be why care instructions for cast iron pans are famously (or infamously) fastidious. Inherently smooth pans need not be treated so daintily.

Specialty manufacturers are aware of this, and the way they achieve smoothness in most cases is by grinding and polishing the cooking surface down. The pans are cast the normal way, and any untouched surfaces would betray the sand-cast molds that shaped them. Butter Pat pans are spared this indignity as they are cast to be smooth from the start. This isn’t possible using standard production methods. They must be hand-cast in a proprietary process with a combination of finer casting material and control of escaping gasses in the cooling process, which is not feasible in a high-volume production operation. It’s time-consuming and costly. The workhorse 10-inch Joan Butter Pat lists for $295. The texture is also responsible for the pan’s unique appearance. Light reflects off of the smooth metal through the thin layer of Butter Pat’s proprietary blend of seasoning oil taking on a coppery hue. The pans will eventually blacken with use as the polymerized oils degrade into carbon.

The specialized casting also presents a unique opportunity for weight reduction. The sides of the pan are made as thin as possible, while the bottom is made thicker. More mass at the cooking surface enhances heat retention; the most important advantage of iron pans as a cooking tool. Heat retention is what makes iron pans so effective for searing, charring, and frying. More iron means more stored energy that can be transferred at once onto the surface of a steak, or pumped into oil to keep its temperature stable as chicken pieces are dropped in. This makes the idea of grinding material away from this area that
more dubitable.

Butter Pat makes three sizes of pan, eight-,10-, and 12-inch, with the Estee six-inch pan available soon. Upstaging the pleasing geometry and complex yet subtle faceting is the color—a glinting burnished bronze with a velvety sheen that seems almost backlit. Impressive as the aesthetics are, though, they are a by-product of the pan’s functionality, and company founder Powell would have it no other way. The pans come with a 100-year warranty against defects in materials or workmanship. The warranty may be specifically transferred through your will. That’s right. Damage due to improper cleaning (that means no dishwasher or soaking) and abuse (dropping down a flight of stairs) are not covered.

“Durable, heavy, hot, and time-tested” are apt ways to describe one’s trusty cast iron pan. If the pan happens to have been made by Butter Pat Industries, “strikingly beautiful” must be added to that lexicon.

That spice that gives crabhouses their flavor? It’s a family secret. Story by Edward Ericson

A graphic art expert’s take on beer can design

On the Trail of the Elusive Hayman Sweet Potato