Commercial ships have a new place to park in the lower Chesapeake Bay, as a new deep-water anchorage is established near Cape Charles.

The Coast Guard’s change comes in response to growth in size and volume of ships entering the Hampton Roads area that created a need for more deep-draft anchorage space. USCG also points to the growing trend of deep-water vessels anchoring in the Bay between York Spit Channel and the town of Cape Charles.

According to the Coast Guard, “The new commercial anchorage will facilitate safe navigation of maritime commerce and national defense assets, and more safely and effectively support commercial vessel anchoring needs in the lower Chesapeake Bay.”

But when it proposed formalizing this anchorage back in 2016, some recreational fishermen and boaters opposed its proximity to the shore and fishing spots. Environmental concerns included risk of pollution from coal residue, oil, solid waste, light, noise and air pollution. Some people expressed concerns over the view from the shore and risk of vessels dragging anchor.

The Coast Guard says it considered feedback from three public meetings and 84 written comments in its rulemaking. You can read its responses to the commenters’ concerns in the rule posted to the Federal Register. USCG stands by the anchorage location as the best possible option.

“The Coast Guard facilitates $5.4 trillion in commerce through the Maritime Transportation System annually,” says Rear Adm. Smith. “Formally establishing this anchorage, where ships already anchor, and moving the quarantine anchorage helps ensure the safety of the MTS. It also protects the Chesapeake Bay by reducing potential pollution threats through regulation of the area.”

USNS Comfort to Deploy from Norfolk to NYC

The USNS Comfort, the Navy’s hospital ship that has toured the planet saving lives, is 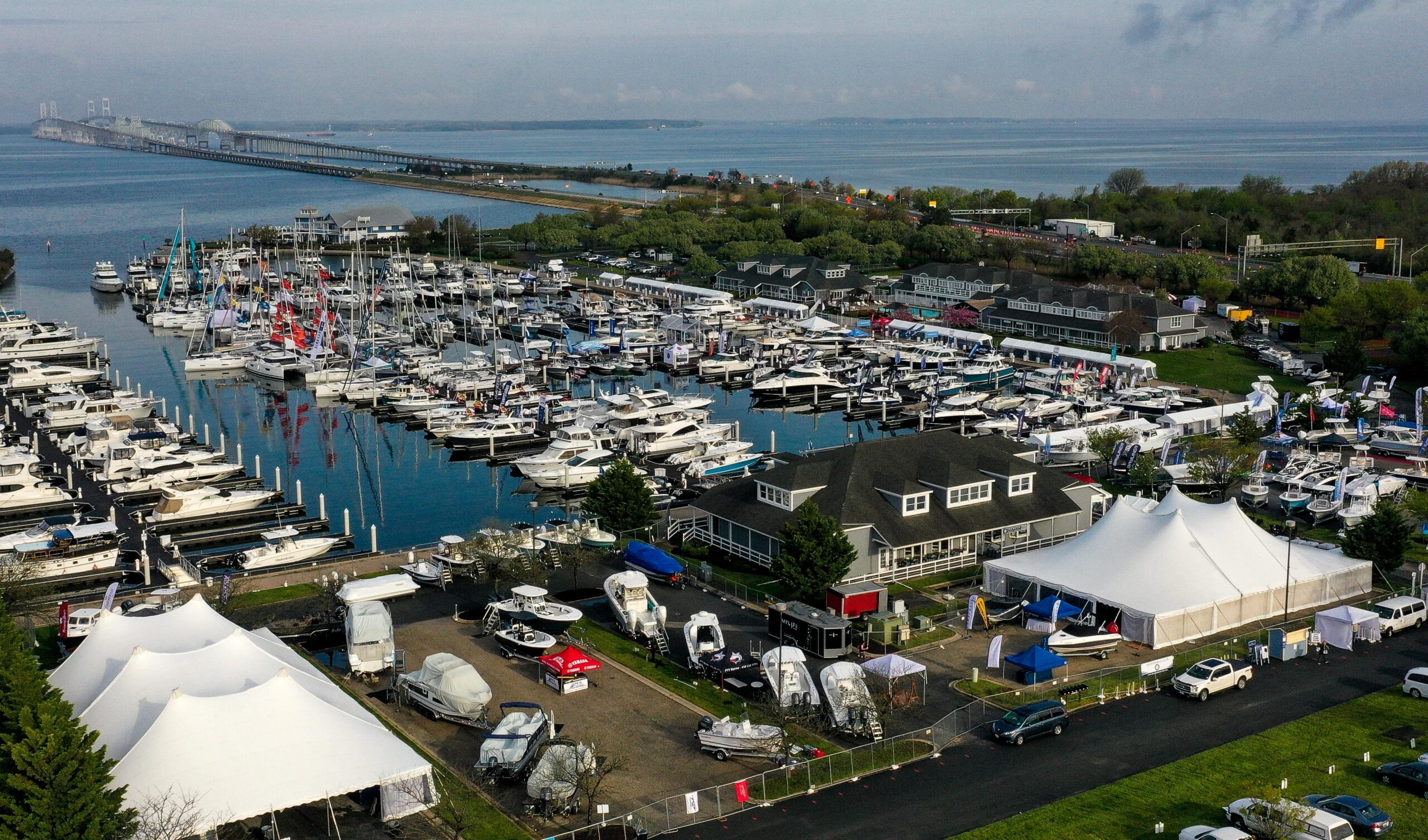 After an unusual couple of years, the Annapolis Boat Shows’ spring sailboat and powerboat shows