A visit to the Tidal Basin in the District of Columbia should deliver sweeping views of cherry trees heavy with pink and white blooms this time of year, drawing millions of onlookers to the concrete shorelines annually.

But not this spring. For the second straight year, festival organizers are warning people to visit virtually—not only because of the coronavirus pandemic—but because the popular gathering spot faces growing problems with accessibility and safety hazards caused by regular flooding. The water flowing into the basin from the Potomac River rises up and over its sea wall twice daily, at each high tide.

The Tidal Basin—flanked by stately memorials to Thomas Jefferson, Franklin Delano Roosevelt and Martin Luther King, Jr.—is a gateway to more than peak blooms. But its paths, when they aren’t underwater, are cratered with muddy holes and, in places, eroded away entirely, replaced by debris-littered beaches. The regular brackish-water baths have also wreaked havoc on the cherry trees closest to the basin.

“At high tide today around 4 o’clock, this will completely disappear,” said Teresa Durkin, executive vice president of the Trust for the National Mall, during a walk on one of the now-sandy paths around the Tidal Basin in March. “All of this area that’s like beach now…it had cherry trees.”

The Tidal Basin was carved into this landscape in the late 1800s as an engineered solution for tidal flooding from the Potomac River. But the seawalls built by the U.S. Army Corps of Engineers are now regularly overwhelmed by the waters they were meant to contain. That’s in part because the tide levels are rising while the land and structures—situated like much of the city on hundreds of acres of former wetlands—are sinking, a phenomenon that’s exacerbated by heavy foot and vehicle traffic.

For these reasons, the National Trust for Historic Preservation named the Tidal Basin one of America’s most endangered historic places in 2019. The 107-acre landscape is in need of an estimated $500 million in repairs and upgrades. Though it’s located in the nation’s most-visited national park, many don’t realize the ground they’re standing on while taking in the blossoms is in such bad shape.

“I think people tend to gloss over [these issues] when they go to the basin,” said Seri Worden, senior field director for the National Trust for Historic Preservation. “It’s such a beautiful place, and you may not be aware of these challenges unless you’re there at high tide.”

Increasing public awareness of the problems is one of the reasons these two trusts teamed up with the National Park Service to reimagine the Tidal Basin’s future.

Given predictions that climate change will push high tides even higher in coming years—placing the Jefferson Memorial under as much as 4 feet of water at times by 2040—repairs won’t go far enough to save the historic landscape. In response, the trusts and park service recruited some of the country’s top landscape architects to rethink the Tidal Basin’s relationship with the river and the public.

A $750,000 grant from American Express helped the groups launch a three-year project to gather creative solutions for the site, culminating in the Tidal Basin Ideas Lab. The effort asked five landscape architect firms to “draw outside the lines,” Durkin said, producing futuristic renderings of a basin that would accommodate the river’s natural contours and hydrology, and perhaps at the same time tell a more diverse set of U.S. stories.

“We’re going to have to be flexible moving forward,” Worden said, adding that even the most meticulous repair and restoration of the monuments and infrastructure is of little value when “they’ll be underwater.”

The concepts the five firms released to the public in October reflect more modern and ecological approaches to landscape design. The ideas are not in competition but more of a collaboration, intended to generate a solution that will free the Tidal Basin from perpetual repairs and adaptations.

Almost all of the ideas would replace some of the concrete bulkheads around the basin with natural perimeters that disappear and reappear with the tide. The cherry trees, originally gifted to the United States from Japan as a token of friendship more than a century ago, would still have a place in the concepts. Some would distance a more diverse selection of the sensitive trees from the water’s edge or cluster them around new landscape features, incorporating meadows and even small patches of forests into the National Mall.

A couple of the concepts would create a substantial levee between the basin and the Potomac River that would protect more of the National Mall as a whole, while making room for marshlands. Others would allow the river to take back portions of the landscape or would replace the existing infrastructure with a mix of wetlands and sidewalks connecting a string of monument islands with raised walkways. A couple of concepts would make them accessible only by boat tours.

Ideas from the landscape architects, the partners say, are meant to set the stage for an inspired discussion. They also help make the point that this work is urgent.

“At the extreme end of the spectrum, the designers asked, ‘If we do nothing, what will happen?’” said Durkin, who is also a landscape architect. “It will disappear. This ‘made’ land will just become the river again.”

To read this story in full, including more of the architect’s ideas, go to bayjournal.com. 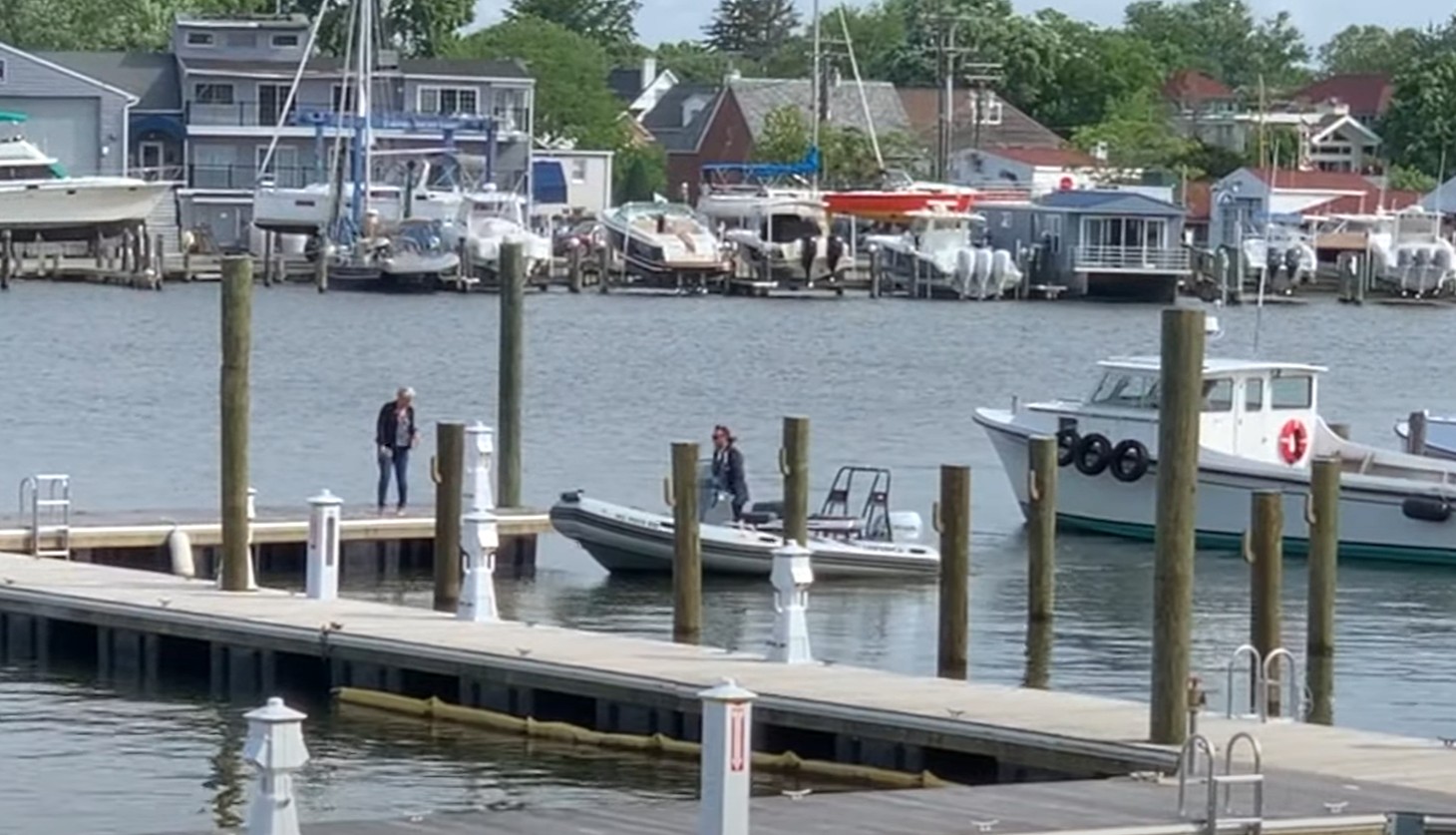