Repairs to the Chesapeake City Bridge, which spans the C&D Canal, will get underway late this month.

The U.S. Army Corps of Engineers’ Philadelphia District announced the trough system will be replaced on a total of nine piers throughout the bridge. The $857,774 contract was awarded to Mountain Consulting Inc. of Delaware and the work should be finished by late June. Drivers can expect lane closures from id-April through mid-May.

The Army Corps of Engineers tells Bay Bulletin that boat traffic will not be affected.

The bridge, which runs on Maryland Route 213 and connects the two sides of Chesapeake City, was built in 1948. Its main span is 540 feet long and the overall length of the bridge is 3,954 feet. It rises 140 feet above the water to allow taller ships to pass under on their way to and from the C&D Canal.

Click here for the Army Corps of Engineers’ alternate route map to avoid lane closures on the bridge. 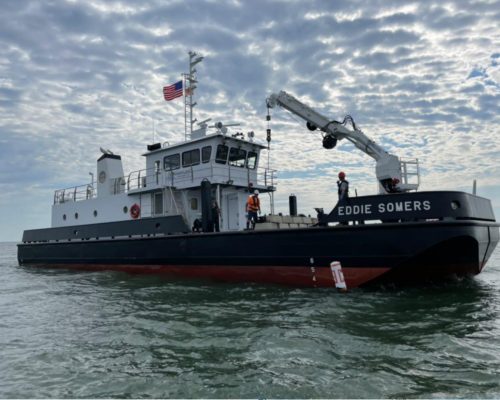 The Bay region’s deep freeze the weekend before Christmas hit us all hard, with power

The owner of a seafood packing house on the Warwick River, just off the Choptank,

The Cambridge Creek drawbridge, the main link between US Route 50 and downtown Cambridge, Maryland,