This summer’s Bay’s boat-docking competition season got off to a disappointing start thanks to painfully high gas prices, but it’s throttling into fall now that those prices are beginning to ease.

In early May, Bay Bulletin reported the announcement that the pro-docking Chesapeake Cowboys would not travel their circuit of competitions. At that time, marine fuel prices were around $6 a gallon. Some of the boats, with specially equipped engines for fast docking, burn 100 gallons an hour traveling around to competitions. The cost of fuel was just too high to offset the winnings a Chesapeake Cowboys competitor could earn—a $1,000 flate rate plus possible winnings.

But some captains did manage to compete through the season, sticking mostly to their local waterways. Erik Emely, president of the Chesapeake Cowboys says the contests were smaller—instead of 12 boats, there would be seven or eight performing.

“We split it up—the northern boats stayed north and southern boats stayed south to cut down on travel expenses,” Emely explains. “That’s why we counted on a lot of local guys who weren’t traveling very far. They weren’t burning a lot of fuel.”

Emely says it was important to keep a presence because many of the docking competitions are held to benefit fire departments and other local organizations.

One of the Cowboys’ biggest stars is 18-year-old female competitor Sydney Hughes, who we spoke to last year in one of Bay Bulletin‘s most-watched videos. Hughes, who is from Taylor’s Island, has competed in a handful of events this year.

A role model for young girls, she shows that not all Chesapeake Cowboys are, well, boys. Hughes’ fans are buying tshirts that read “Dock it Like a Girl”.

Hughes tells us, “Seeing the shirts on so many people brings a lot of pride with it. It shows that people do support me and any other girls that dock boats or just are driving boats in general…I’m hoping that it encourages more females to do what they love even if it predominantly a male thing.”

There’s just one Chesapeake Cowboys event left for the year, and it’s this Sunday, Sept. 25 12-4 p.m. at Suicide Bridge Restaurant on the Choptank River. 9-10 Cowboys are expected to compete.

If you’ve missed the Cowboys’ full summer schedule, Emely expects the calendar will be expanded next year.

And there is one more boat docking competition after this weekend, though it’s not sponsored by the Cowboys: the Tilghman Island Day Boat Docking and Races on Saturday, Oct. 15, beginning at 10 a.m.

Md. Seafood Industry to Get $3.4 Million More in COVID Relief 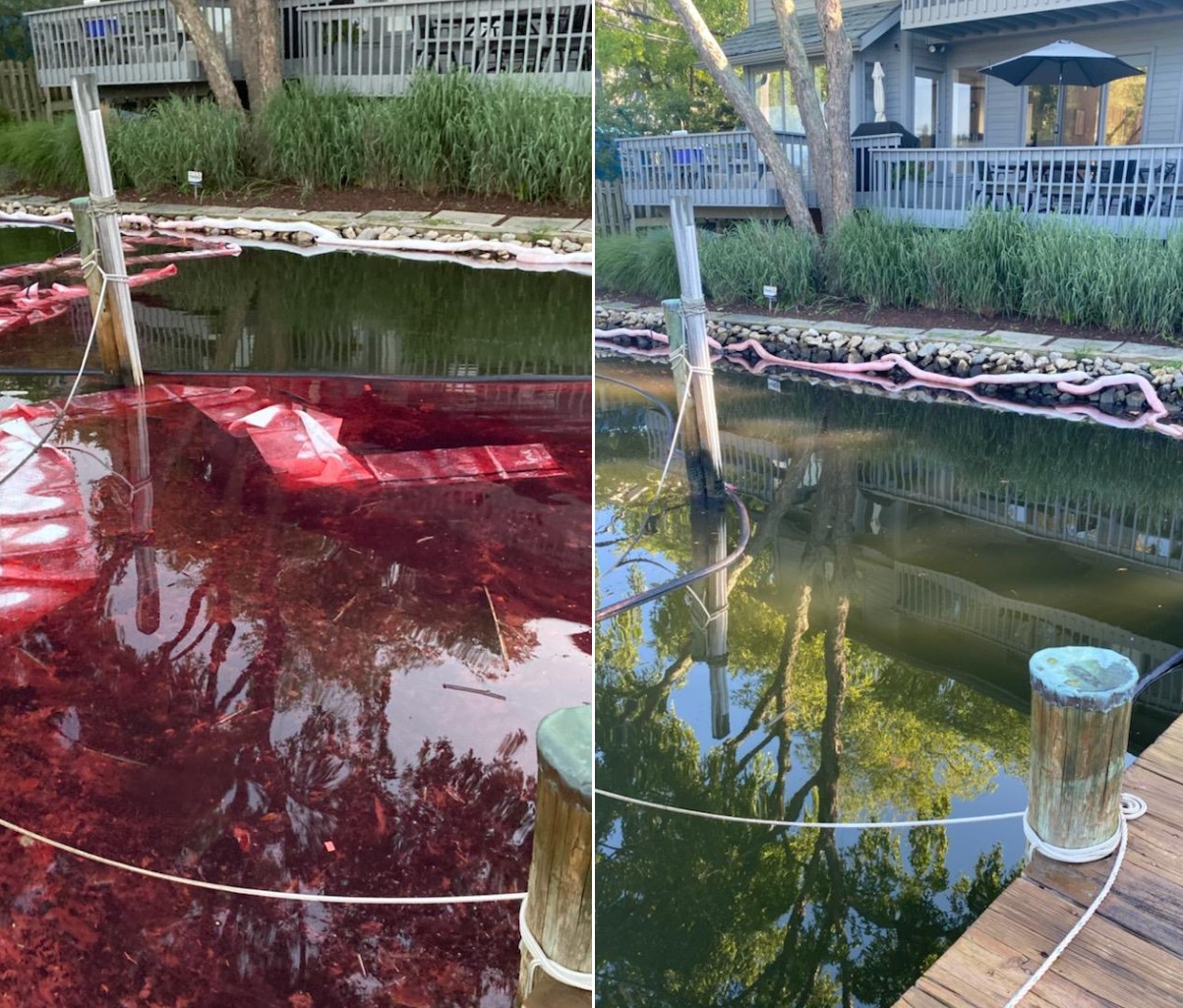