Written by Shawn Kimbro
With illustrations by Eva Nichols

Almost everything I know about fishing, I learned from panfish. I think most dedicated anglers would say the same. It all started with yellow perch, white perch, bluegill, and crappie.

Panfish is a colloquial term used by generations of anglers to describe various species of small fish. The earliest definition I can find is in a 1796 Webster speller, which describes panfish as:

“Any small freshwater food fish, considered too small to be classed as a game fish, that is the right size to fry whole in a frying pan.”

That definition has certainly changed over the decades. Most panfish are now considered to be gamefish, and due to their abundance, are often filleted instead of fried whole. When we speak of panfish today, we usually include some saltwater species. Since this is about panfish in the tidal waters of the Chesapeake Bay, I like this definition—A panfish is a relatively small fish that is usually good to eat and often caught in large numbers using light tackle.

Many panfish are in a family called Centrarchidae, which includes a bucketload of primarily sunfish species comprised of bluegills, black crappie, white crappie, pumpkinseeds, redears, redbreasts, rock bass, green sunfish, and warmouth bass. Yellow and white perch are not Centrarchidae, but they are considered panfish by anglers in the Chesapeake Bay region. Though I’ll say more about individual species later, it’s worth noting that most anglers don’t worry too much about definitions. We know a panfish when we see one. Anglers are more likely to focus on their habits and how to catch them than on nomenclature.

While some consider panfish as minor-league players for bigger sportfish, there are many experts in the Chesapeake region who specialize in catching them. These are ace anglers who have enjoyed a life-long fascination with these intriguing fish. They are dedicated players who have honed their skills to an elite level and would rather   go after panfish than anything else.

Taken together, panfish are the Chesapeake’s most abundant game species. They can be caught in tributary rivers, tidal creeks, and irrigation streams as well as in the main channel of the Chesapeake Bay. Go fishing in some flowing water anywhere in the Chesapeake watershed, and chances are you’ll find some panfish. Count me among those who consider the pursuit of panfish to be a major-league pastime. I put perch, crappie, and bluegill right up there with crab-cakes, oysters, and baseball as part of what makes our region great.

No matter where you go or what time of year you fish, there are panfish waiting for you in the Chesapeake Bay and its tributaries. They are the harbingers of spring and an excuse to hide out in the shade during the heat of summer. They provide us opportunities to enjoy the vivid colors of autumn, and they save us from dreariness of winter’s cabin fever. Whether beneath the dripping branches of a willow tree in August, or below the ice on a frosty day in January, there are always panfish eager to take a lure.

Panfish are great equalizers. They aren’t picky about social class or fortune. They make it just as easy to take a limit by fishing from the riverbanks as by casting from a boat or kayak. Panfish can set a novice to bragging like a crackerjack just as easily as they can reduce a savvy pro to whining like a rookie. Panfish teach us basic fishing skills better than any other species. They can be landed on a hook baited with a redworm just as easily as with an expertly tied fly. They are routinely caught on cane poles, expensive baitcasters, and just about every possible fishing contraption in between. Once I put a grasshopper on a safety pin and caught bluegill with bailing-twine wrapped around a soda bottle. Throw in the fact that they are delicious and incredibly prolific, and they are the perfect quarry. I’ve never met a kid between the ages of two and 102 who doesn’t enjoy fishing for, catching, and eating panfish.

The striped bass (rockfish) is the first fish that comes to mind when we think of the Chesapeake Bay. It’s the Maryland state fish and the most sought-after species in Virginia. I’ve written two books about catching striped bass. But as much as I enjoy fishing for rockfish and being surprised by the many other species that I occasionally catch in their pursuit, I’ve obsessed over panfish my entire life. I can’t remember a time when I didn’t fish for them.

The longer I live and the more I fish, the more I long for simplicity. To me, panfishing is therapy—a welcome counter to the competitive and fast-paced world of run-and-gun striper fishing. I can stand on the creek bank for hours casting for perch or crappie. It makes me feel like I’m connected to nature as an observer and participant. When I’m panfishing, I never think I’m wasting time. In return, my pursuit of panfish has blessed me with the skills necessary to make me a better all-around angler.

As an added bonus, panfish are good to eat. I’m a strong proponent of catch and release fishing, especially for imperiled species like our Chesapeake striped bass, but you won’t see me throwing back too many perch or crappie. I typically release the biggest spawners, but it doesn’t bother my conscience a bit to take home a bucket full of abundant panfish for the stovetop or grill. Even though I won’t hop on the “take-all-you-want-they’ll-make-more bandwagon,” there is absolutely no harm in keeping an occasional “mess” of perch, crappie, or bluegill. Long before the eat-local trend and well in advance of the Monterey Bay Aquarium’s sustainable seafood tracking program, catching and frying up panfish was the quintessential exercise in local, sustainable sourcing. And it builds character.

Shawn Kimbro is the author of three popular fishing books—Chesapeake Light Tackle-An Introduction to Light Tackle Fishing; The Right Stuff-Gear and Attitudes for Trophy Light Tackle Fishing; and How to Catch Chesapeake Panfish. He recently launched the Chesapeake Minute, brief and to-the-point YouTube and IGTV video fishing tips and lessons. He is also the technical director of the George Washington University Sleep Medicine Program.

A Night to Remember

Coastal Conservation and great food go together in an extraordinary seating at the Gramercy Mansion.

By Marty Legrand Many moons ago, I was in Crisfield to report on a fishing 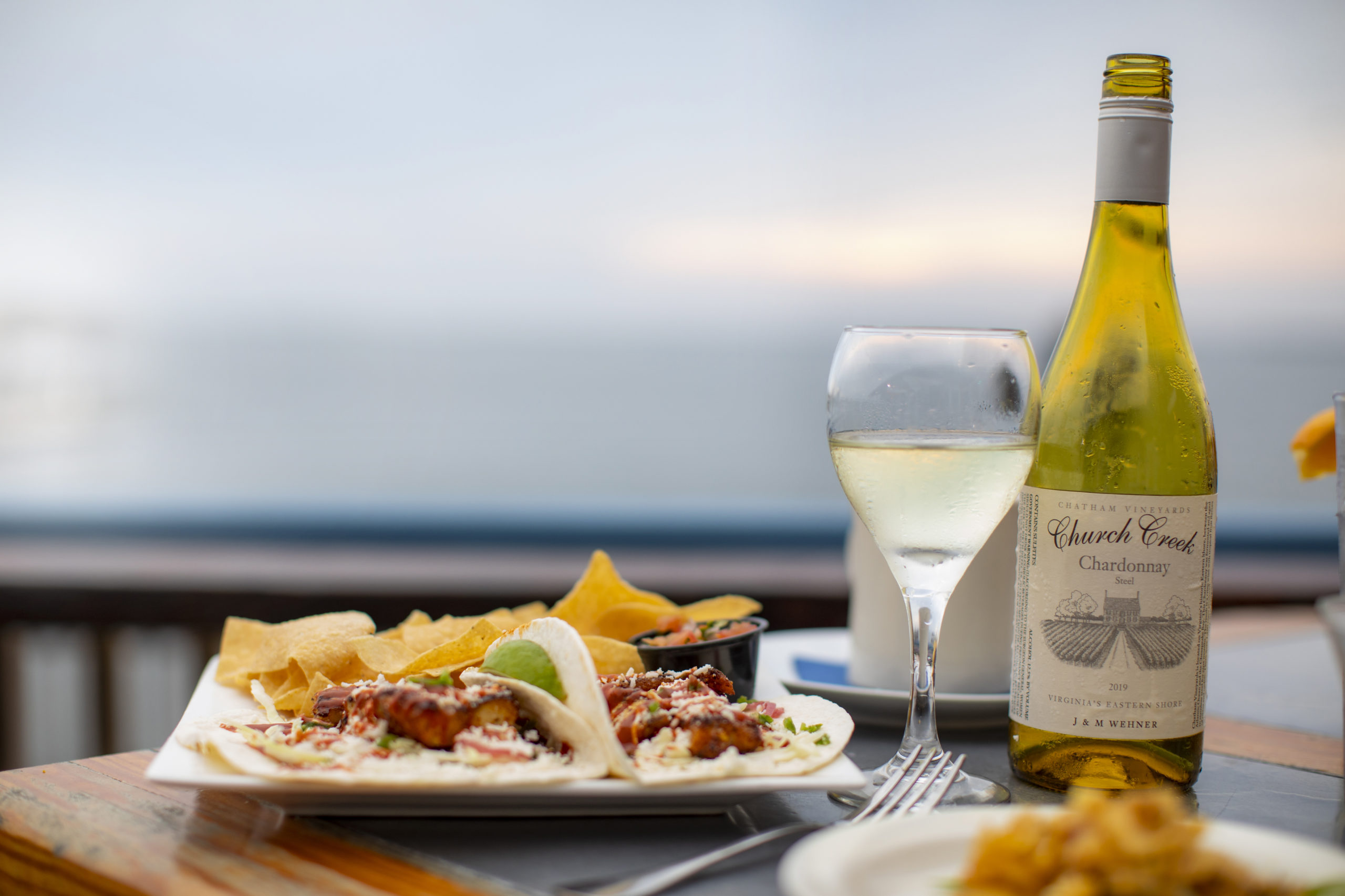 Local wineries step up to the plate In the briny, breezy climate of the Chesapeake