I have anchored in the lee of Dobbins Island up the Magothy River on a sweltering summer day and taken refuge up the Piankatank’s Healy Creek for two  hurricanes. I have crossed the western branch of the Corrotoman River on the Merry Point Ferry and fished for shad with a member of the Pamunkey Tribe 20 miles from the mouth of the Pamunkey River. I have sailed the length of Chesapeake Bay for more than 20 years, and I thought I knew it pretty well. But it dawned on me that I was taking more from the Bay than I was giving.

Oh sure, I was supporting all those businesses—the boatyards, the restaurants, the stores. I took YMCA kids on boat trips and taught women how to spring a boat off a dock in  an onshore breeze. Yet, my get-to-give ratio was out of whack, and I  felt uneasy.

So, when an email landed in my inbox from Chesapeake Bay Foundation’s Volunteers as Chesapeake Stewards (VoiCes) program coordinator Gabby Troutman, I was intrigued. The stewardship curriculum requirements  seemed easy enough—six Tuesday evenings of classroom instruction at the Richmond REI store just three miles from home, several field trips, and 40 hours of community service, all for only $25. Piece of cake, especially during the fall and winter. I signed up.

The first couple of classes were enlightening. Local experts described how rainwater runoff from impermeable surfaces flushes loads of contaminants into the creeks, which flow into the rivers, which end up in the Bay. We listened to presentations on oyster-bed reclamation projects and planting trees in urban areas. I regained my appreciation for how the Bay was more than a body of water, but that it encompassed every river, creek, pond, and city gutter.

Even more motivating were my fellow students. Some liked to boat or fish or owned homes on the water, and all were there with a desire to enhance and preserve their environment, such as Zach, a high school biology teacher who aspires to provide his students a meaningful watershed educational experience. His class was going to build a campus rain garden. And Greg, a retired veterinarian who has sailed extensively in the northern Bay but didn’t see his first dolphin until he moved south and started sailing out of Deltaville, Va. Then there’s Kathleen, a self-described tree-hugger from Brooklyn, NY who moved to Virginia and became a Master Naturalist. “When did I ever see a tree growing up?” she asked.

I know about Master Gardeners. Most neighborhoods have one or two who ensure that there are beautiful shrubs that never die and flower beds that bloom all summer. But I had not heard of Master Naturalists. Turned out that about a third of this class of 30 are Master Naturalists, a designation earned through study, contribution, and stewardship. I felt I needed to up my game.

We brainstormed ideas for the 40-hour community service requirement. Some were going to collect oyster shells from restaurants to rebuild oyster beds; others were planting trees to reduce erosion on their lawns. Noble and important efforts, but not for me. I wanting to get in the water, I was thinking…

Then, Meredeth Dash, an educator with the Alliance for the Chesapeake, presented a session on CBF’s Grasses for the Masses program whereby volunteers sprout submerged aquatic vegetation (SAV) at home and then plant the grasses in the shallows. Dash is also a volunteer CBF Clean Water Captain, teaching about the Bay and how to restore it. For her, the Chesapeake interaction begins in the James River at Richmond. “My husband is an open water swimmer on the James and has raced there for years,” she explains. “I work hard so that he and our two boys can swim and fish in the James for all their lives.” My back-of-hand knowledge couldn’t compare with her years of volunteering, and my commitment pales in comparison to the Chesapeake Bay tattoo on her forearm.

Restoring underwater vegetation is critical to improving water quality and fish populations and controlling erosion. We learned that eelgrass grows well in the higher salinity regions of the Bay, but wild celery is more suitable for the lower-salinity middle and upper portions of the Bay’s rivers and creeks, such as the upper James River.

I was eager to start growing my subaquatic celery, and I looked forward to planting my crop in the James near Westover Plantation in May. The Chesapeake Bay Program’s Bay-wide goal is 130,000 acres of SUV by 2030. (In 2017 the Bay SAV score was 100,000 acres.)

In a scene resembling an undercover operation, students from the class and other volunteers gathered around Dash’s pick-up truck in the REI parking lot at 9 p.m.. We each collected a large container (think bathtub for a cocker spaniel), grow-lights, an aquarium heater and a pump, dirt pans (kitty litter boxes), and wild celery seed pods. We were instructed to plant the seeds in the dirt, submerge the pans in water, turn on the pump, heater, and lights, and wait.Later, when my neighbor asked what I was growing in the room over the garage, I answered, “grass.” He didn’t bat an eye.

While my seeds and I waited, Troutman organized a group of CBF volunteers to attend Virginia’s Lobby Day on February 20. I had never lobbied a governmental official, so I was grateful to go with experienced volunteers eager to talk to our representatives about Bay legislation such as a proposed five-cent tax on grocery bags to help reduce plastic litter and waste, and the troublesome menhaden catch problem and possible solutions. I learned that every voice counts.       At the end of Lobby Day, we slurped local oysters provided by CBF down the hill from the capital.

For the next two months, I nursed my wild celery, changing the water and checking its temperature. But only algae grew. I remembered Dash saying, “It’s an experiment! You never know what will happen.” I even got another set of seeds from Troutman. But nothing sprouted. And then came March and the pandemic, and no one was worrying about wild celery  seeds anymore.

Troutman emailed the  growers to cancel the planting sessions. We dumped our water tubs and dirt boxes and cleaned up the equipment for another try, hopefully next year.

I need about 20 more service hours before I can become an authentic Chesapeake Bay Steward.  I’ll get there. In the meantime, Dash’s words provide the inspiration and power to the effort:

“An activist never gives up the fight. We have to come back even harder next year. Just like the Chesapeake, we have to be  resilient.” 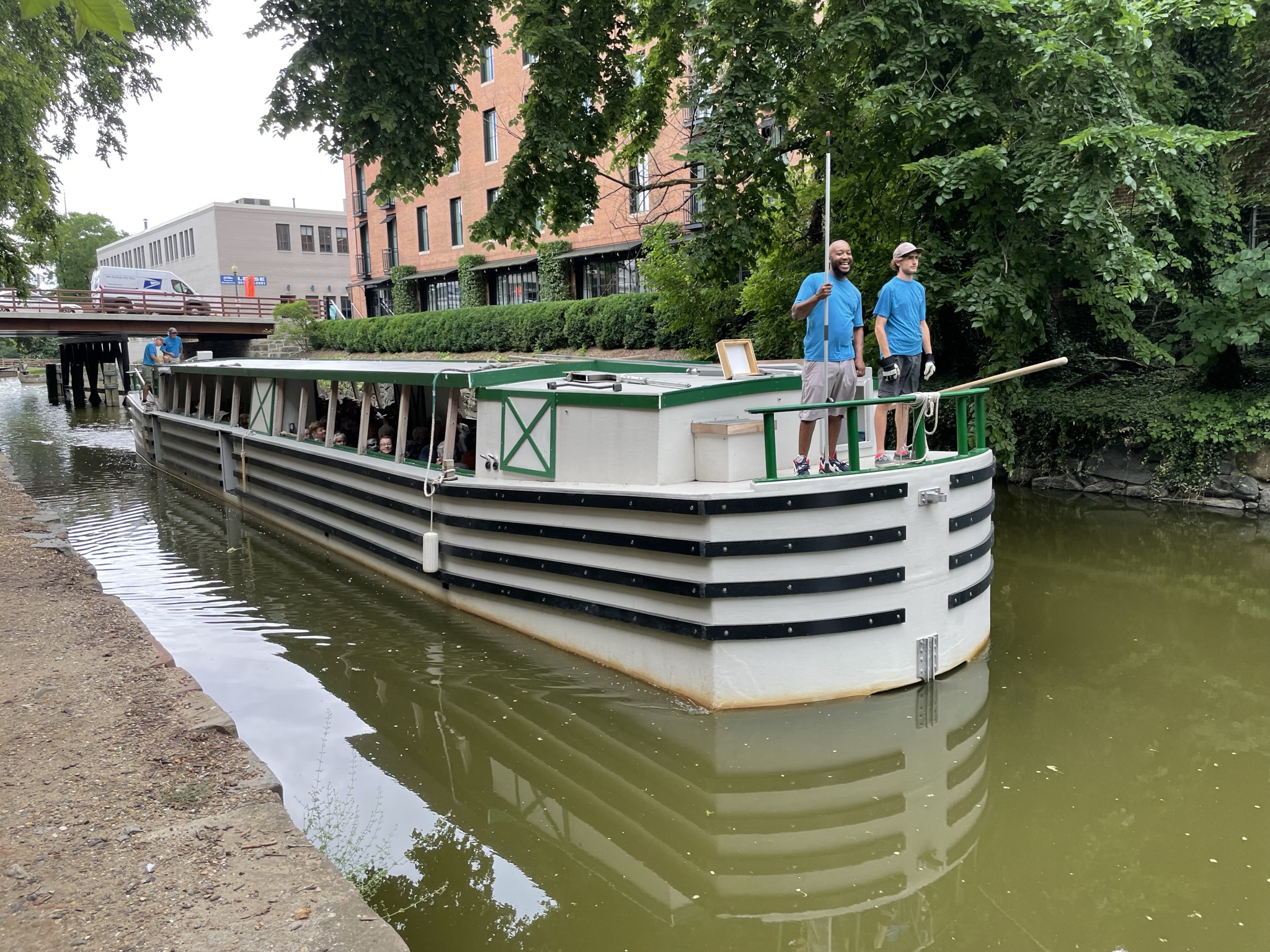 Barge into History on the C&O Canal

A new replica provides a portal to the past. Story and photos by Jefferson Holland

Last year was a particularly deadly one for boating. Seventeen people died in 2018 on