Just off the dock of a beautiful Severn River home, a sizable oyster reef is taking shape. Thousands of oysters are thriving in a growing habitat made of recycled shells and concrete reef balls. The reef has grown so high that you can see the oysters from the water’s surface. Fish jump steadily out of the water nearby, showing off the rich habitat the reef is providing to other river life.

This successful piece of conservation is not the work of the Chesapeake Bay Foundation, the Oyster Recovery Partnership, or any other group of expert environmentalists. No, the reef has been built entirely by one man—a Severna Park businessman who decided that growing oysters and cleaning the Severn would be a cool thing to do.

Rick Levin has lived on the same Severn River cove for decades, but it was just in the past two years that he became interested in oysters. Levin’s wife, Chris, tells me they attended a charity gala at the Chesapeake Bay Foundation, and witnessed a demonstration of oysters cleaning a murky tank, using their natural filters to make the tank crystal clear in just a few hours.

Levin thought to himself, ” ‘If oysters can do that, what could they do in my backyard, if I had a whole bunch of them?’ “

Starting from scratch, Levin began with online research. He consulted oyster farmers, and eventually connected with the University of Maryland Center for Environmental Science’s Horn Point lab, where the Oyster Hatchery produces larvae for use in research and restoration. Levin discovered that the Horn Point lab would sell him oyster “seed,” or larvae, so he could grow his own oysters right from the beginning.

Levin’s dockside system of upwellers is impressive, but he insists almost all of the materials he uses can be found at places like Home Depot. He grows the larvae into baby oysters, or spat, in plastic tanks called “setting tanks.” Some attach to concrete reef balls, which become a sort of oyster motel, and will later be dropped on the reef. The rest of the spat graduate from the setting tanks to “silos” with screens at the bottom, which have water constantly circulating through them.

Other spat are attached to old, empty oyster shells where they can grow into juvenile oysters. I asked Levin where he gets the recycled shells: he says the folks at Arundel Seafood in Pasadena save them for him, and he shuttles the shells back home in his BMW. The smell in the car, says his wife, leaves something to be desired.

After a few months of growing in the tanks on the dock, Levin takes his baby oysters over to the reef in his dinghy and releases them into “the wild.” Then he starts all over again.

What makes Levin’s undertaking even more interesting is his background. He started his career with a chain of hip-hop-inspired clothing stores, Downtown Locker Room. You may have seen them in various malls as DTLR. He was a name in the Baltimore hip-hop scene, and even promoted boxer Hasim Rahman, who went on to become a two-time world champion.

Now, Levin owns Pasadena Boatworks, a marine center that sells Carolina Skiffs, among other boats. When I asked him how he went from hip-hop retail to boat sales to oyster farming, I couldn’t quite get a straight answer.

“I have a wide range of interests,” he said, with a twinkle in his eye.

However his path brought him to oyster growing, Levin’s passion is clear. “I just don’t know of another food that does so much good for the environment,” he says.

Wife Chris estimates Rick spends between four and five hours a day on the project. And in the spring, Levin hopes to add a fourth upweller to his system, producing even more oysters for the reef. Ultimately, he’d like to build the biggest single-producer reef on the Bay.

“I want boats to have to navigate around it!” he says, laughing.

He also wants to show other waterfront homeowners that if he can do it, so can they.
-Meg Walburn Viviano

By Whitney Pipkin, Bay Journal News Service A visit to the Tidal Basin in the 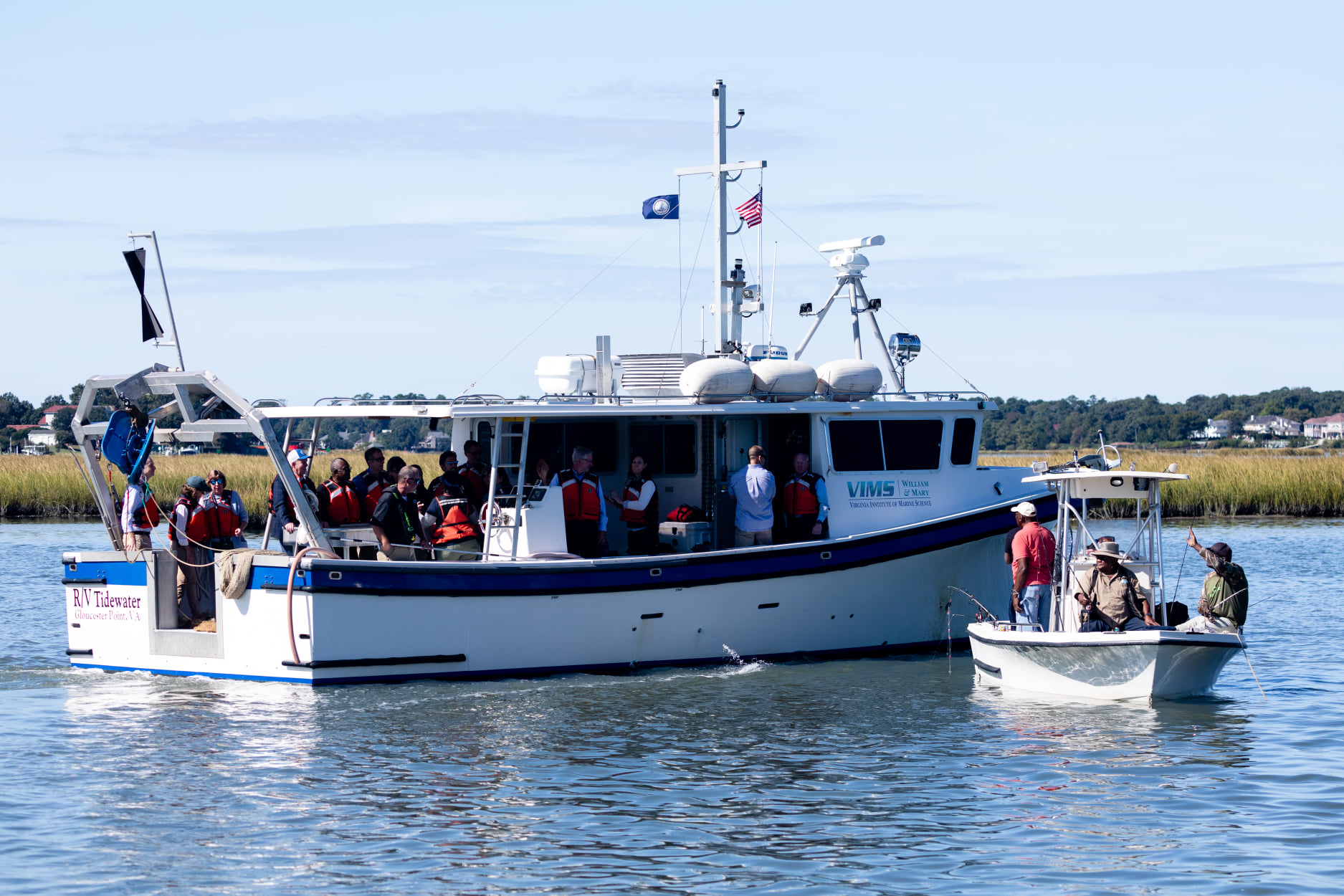 The governors of the Chesapeake Bay watershed states and D.C. have signed a directive that