The weekend’s relentless rain in the Bay region led to high water levels and heavy water flow in the upper Potomac River and its tributaries. Just how heavy? Heavy enough that two construction barges broke loose at C&O Canal National Historical Park and floated off towards Harpers Ferry.

One of the barges, which was carrying an excavator and other equipment, broke loose Saturday night. The other took off Sunday afternoon. They were both part of a project at McMahon’s Mill to rehabilitate a historic stone retaining wall and stabilize the towpath along a 0.9-mile stretch in Williamsport, Md. The barges are loaded with stones and equipment to shore up the C&O Canal Towpath along the Potomac River.

According to weather spotters for the National Weather Service Baltimore/Washington, more than 2.3 inches of rain fell in the Harpers Ferry area, causing intense river currents.

After floating downstream, the larger barge (120 feet by 40 feet) was caught up in the remnants of Dam 3 and the smaller (60 feet by 50 feet) was caught in the hydraulic roller below Dam 4, about three miles south of the construction site. The National Park Service (NPS) says as of Monday night, both remained trapped in place. (Contractors are monitoring the barges 24/7 to make sure they stay put).

The Loudoun County Sheriff’s Office helped coordinate the operation, capturing eye-popping video. And folks captured video from the Bavarian Inn, a restaurant and brewery overlooking the Potomac in Shepherdstown, W.V. Watch below:

NPS believes the smaller barge could become loosened from Dam 4, and contractors are putting plans in place in case that happens. Minor flood conditions remain, so it’s not safe yet to remove the barges. But NPS says it is working with the contractor and the states of Maryland, West Virginia, and Virginia to secure and eventually remove the barges from the river when conditions are safer.

As of Tuesday ,equipment had been unloaded from the smaller barge, including a mini-excavator, sand sacks, a cement and a lime pallet, a 20-foot gangway, a mortar mixer, and a variety of hand tools. All the equipment on the larger barge appears to be safely secured on board for now.

As NPS warns, the removal operations won’t happen overnight. They call it a multi-week effort and ask boaters and pedestrians to keep their distance. High water levels could mean debris on the towpath, flooding, washouts, and falling trees. NPS hasn’t yet assessed the damage since the river is still at elevated water levels, but they say there are multiple areas where the barges impacted objects and structures along the river.

Bay Bulletin will monitor the situation and bring you any new updates as we get them. 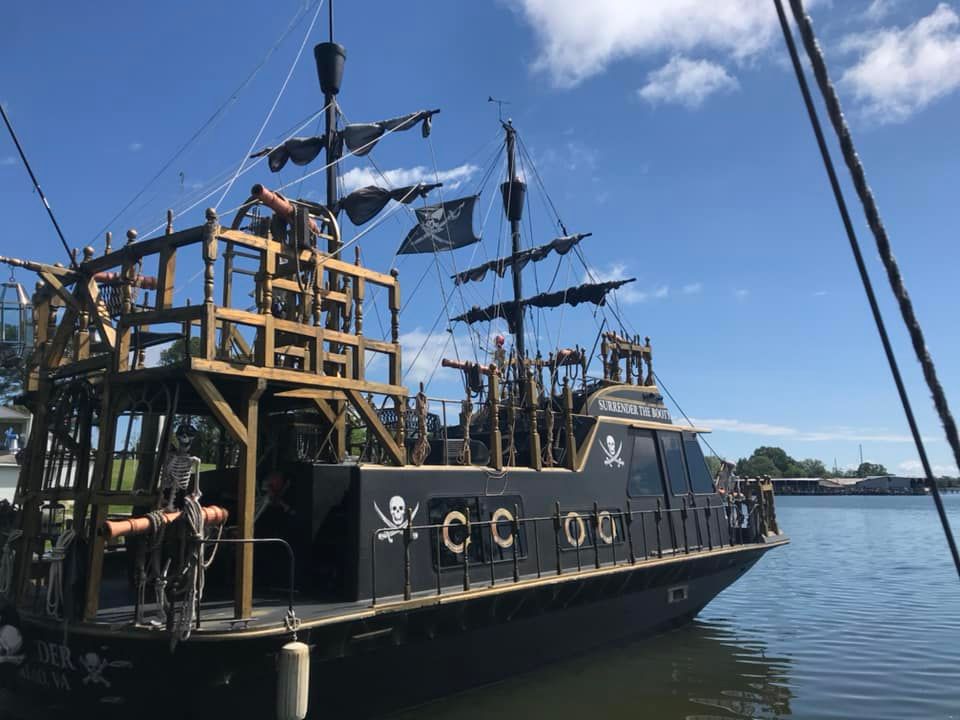 Md. Provides $9 Million and Counting in COVID Relief to Watermen and Farmers

Chesapeake Region Accessible Boating (CRAB), an Annapolis-based program that puts people with disabilities at the