It’s not unusual for the Susquehannock Wildlife Society, on the Harford County, Maryland side of the Conowingo Dam, to get reports of a copperhead spotted in the Susquehanna watershed.

That’s because people often mistake other, much more common harmless snake species for a venomous copperhead. But on Friday, wildlife rescuers were surprised to find a snake reported to be trapped in erosion netting really was an Eastern Copperhead. It’s the only venomous snake in the northern portion of Maryland and it comes with “Hershey Kiss-shaped” side markings, a tell-tale to the trained eye.

In a Facebook post, Susquehannock Wildlife Society says they responded to a Harford County neigborhood (they don’t want to reveal exactly where) after a call came in to their animal rescue hotline. The Wildlife Society says the snake was tangled in plastic netting commonly used with newly-planted grass seed, close to a busy road and only feet from a jogging trail. The snake’s natural camouflauge may have allowed it to go unnoticed for awhile.

With very careful, professional tactics, Susquehannock rescuers safely secured the snake’s head with a clear plastic tube so they could free the body from the plastic netting. Rescuers determined the snake had no open wounds or deep injuries from the netting. They chose to release it in “a more wild area within the same watershed that it could have potentially reached on its own but that would greatly reduce the chance of it coming into contact with people or more landscape netting.”

Susquehannock pulled up as much of the netting as they could, as most netting is left in place long after grass is planted, and advised the homeowner’s association on more eco-friendly options for the future. “For landscaping / erosion control – natural biodegradable materials, products without netting or netting with larger openings three inches or larger are recommended,” the Wildlife Society’s post notes.

While some people’s first instinct might be to kill a snake they encounter, Susquehannock reminds us that it’s illegal to kill snakes in Maryland, even venomous ones. Snakes are also a key species in the ecosystem, keeping animals like rodents, which can spread diseases, in check. 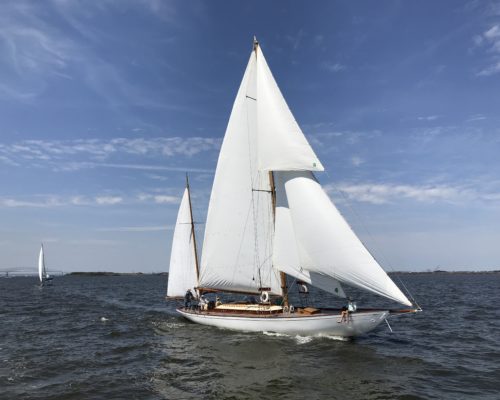