Hors d’oeuvres, drinks, and a guided stroll through hidden history at the Mariners Museum

I’ve got wine in one hand, a serving of gazpacho in the other, and I’m bound for France to explore a mysterious maritime artifact. After my European sojourn, I’ll probably stop in Africa, then maybe Japan, and likely wrap up my travels in the Barents Sea, discovering prized items, snacks, and mythic stories at each international port of call along the way. All this, and I’ll be back home in Tidewater by bedtime.

Forget around the world in 80 days. You can travel the globe and celebrate its maritime history in just one evening during the Mariners’ Museum and Park Gallery Crawl.

Now in its fifth year, the Gallery Crawl is a unique, behind-the-scenes opportunity to get an up-close look at rarely seen artifacts. The event is designed so that attendees can nosh on tasty food and drink prior to “departure” and follow a map of sorts to ports of call located throughout the museum. A specially-curated maritime artifact retrieved from the museum’s archives awaits guests at each station, and museum staff and volunteers enthusiastically educate crawlers about the item’s history and significance.

Books, maps, photographs, figurines, and grand tales of expeditions and voyages are only a sampling of all that was on display during last September’s Crawl. Some of the fan favorites included a 4,000-year-old Egyptian model boatman, a 360-degree panoramic photo of 1878 San Francisco, and a roughly 250-year-old marine barometer invented by famous optician and instrument maker Edward Nairne (1726-1806) and used during Captain James Cook’s final voyage.

Perhaps one of the neatest items on display was a custom-made dispatch box from 1871; essentially a fancy travel box/desk replete with hidden compartments and gilt decorations. The Mariners’ Museum suspects the box may have been part of a world exposition or exhibition in the 1870’s. It’s easy to imagine the treasures that might have been kept within its tiny drawers and the waterways it may have crossed.

Mariners’ Museum marketing and communications manager Jenna Dill, says the Gallery Crawl isn’t just another ordinary day (or evening, in this case) at the museum. “The Crawl gives our guests an opportunity to see more of our amazingly massive collection, which typically stays behind closed doors,” she says, adding that only two percent of the museum’s collections are on display on any given day. “While in storage, our artifacts don’t get a chance to shine, a chance to tell the amazing stories they capture.” The Gallery Crawl changes all that.

Crawling allows guests to go far beyond reading labels through glass, says Dill, thanks to museum staff and volunteers. “When you have someone bringing the artifact to life, telling you all the secrets about it that resonate with you more than a few words on paper does. “The food, drink, and good company are icing on the cake,” she adds.

Even if guests have previously attended a Crawl, each year’s edition offers a new experience. “Each event is an exclusive experience that is hand-curated every year. It’s like a whole new event each year with new stories to tell and new artifacts to see, and maybe even touch,” Dill explains.

The Crawl is just another way the Mariners’ Museum makes a year-round effort to illustrate how everyone is tied to the water in one way or another. “We desire for every guest to leave here feeling connected to water, and ultimately to each other,” Dill says.

As my crawling experience was coming to an end, I approached one last table manned by several volunteers including the delightful Courtland Bostic. An octogenarian with an excellent sense of humor, Bostic has volunteered with the Mariners’ Museum for about a decade and says that, because the museum boasts such a terrific collection of artifacts, the Crawl is the perfect excuse to show off those historical prizes that aren’t normally on display.

After a guest’s trip around the world during the Gallery Crawl is complete, or even after a simple walk through the museum during normal hours, Bostic says many visitors may head home a bit shocked. “When people leave here, they just can’t believe what they saw. They compare us to the Smithsonian in quality.”

As for this year’s event, Dill says crawlers will again receive a Port of Call card to guide them through the journey, and a Crossing the Line ceremony will replicate a first crossing of the Equator. King Neptune is scheduled to be part of the fun, too. As for the never-before-seen artifacts that will be on display, you’ll just have to crawl to find out.

Laura Boycourt is a freelance writer, mom to two little pirates, and lifelong boater from Annapolis. 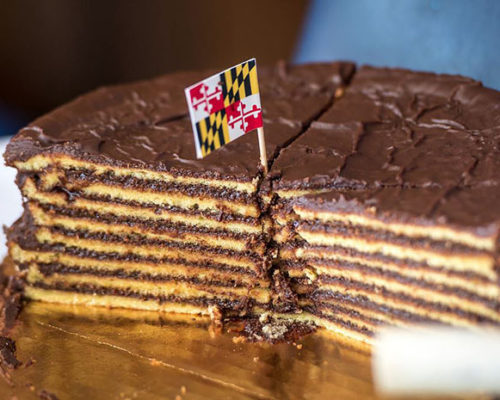 Roadside historical markers are nothing new in Chesapeake Country. But a new marker going up 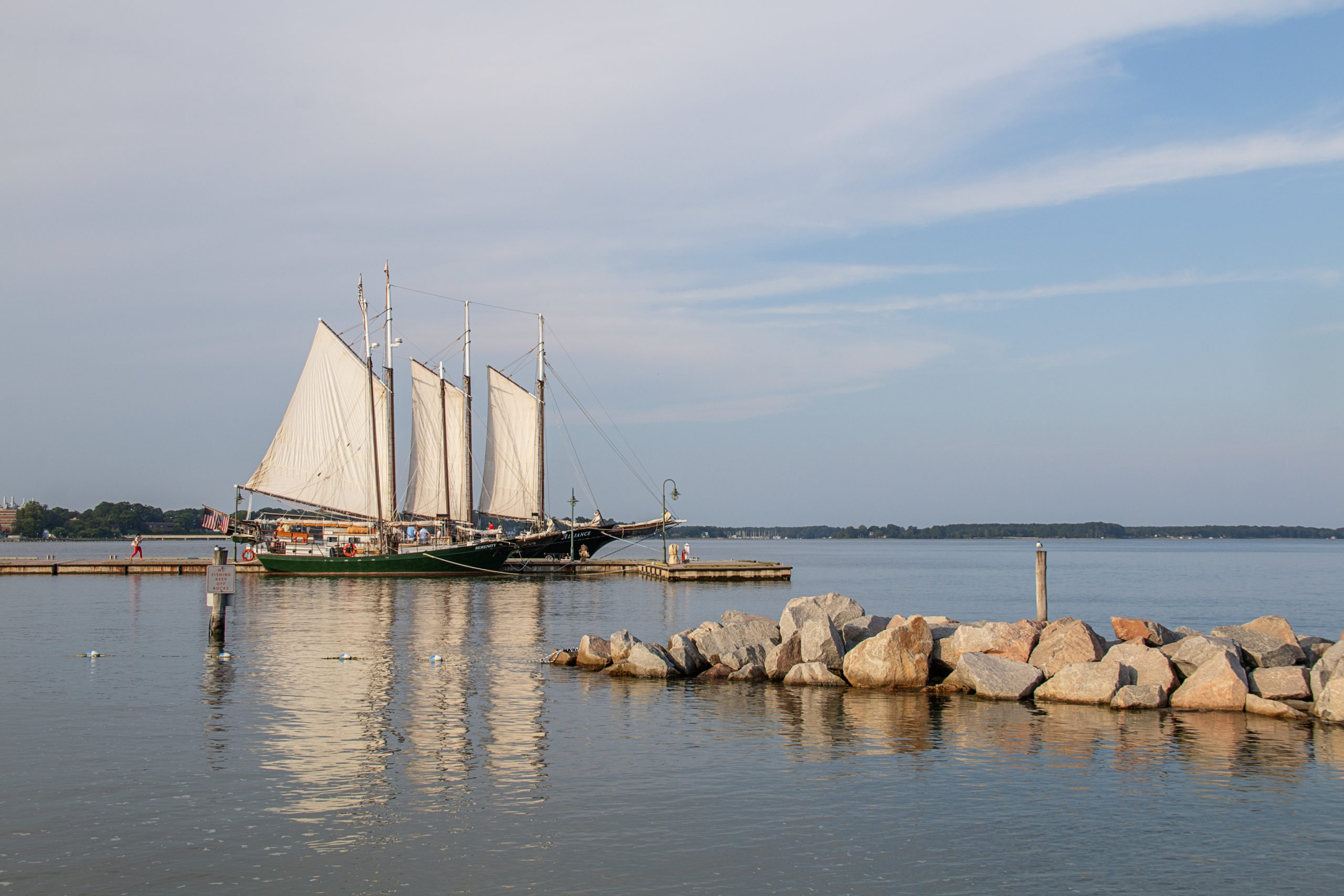 Fast Facts Located on the York River, 7 miles upriver from the Bay Established in