Crevalle Boats may be a new brand, but its principals have more than forty years’ experience in boat design, engineering, tooling, construction processes, and customer service, all at boat companies known for excellence. That experience showed clearly in a close examination of a new 26-footer on the showroom floor at Tradewinds Marina on Middle River north of Baltimore and in a long, breezy sea trial on the open Bay outside Hart-Miller Island.

The parent company of Crevalle Boats is Littoral Marine, which hints strongly at the concept behind the boats. Littoral refers to shoreline: in marine biology, the littoral zone is the interface where water and land meet. Crevalle Boats are designed to be easily beach-able for family fun along shore, but they are also versatile, safe platforms for exploring inshore waters, and they have the size and the design characteristics to fish open waters when operated with care. This combination is ambitious. It requires seaworthiness, a shallow draft, strength, and performance along with family-friendly features such as seating, coolers, and a comfortable head in the console. In addition, it includes rod racks, livewells, and tackle drawers for avid anglers. Pulling off this combination effectively means building a sound boat and rigging it with high quality equipment.

It may be ambitious, but this blend of qualities is what many families are looking for today, and it’s what the best boat companies work hard to produce. Right out of the gate, Crevalle Boats has responded to this challenge, from a fiberglass stringer system with foam flotation and position control hinges on hatches finished on both sides, to a storm-gray console face that eliminates glare, and tinned copper wiring with functions printed every 12 inches on every wire. Features like these show the company’s attention to detail, which will translate to years of active water time with a lively family.

The Crevalle 26 Bay’s layout includes a broad afterdeck with a 40-inch fold-down seat in the center (cooler beneath), flanked by two livewells designed to function like aquaria to keep fish alive, plus a swim platform with a folding ladder to port. A removable tow-sports pylon is optional. The helm area features a double-seat leaning post with cooler (tackle station optional); space for one or two 12-inch electronic displays; ample sitting headroom in the console for a portable toilet (we checked), a starting and house battery rack, a seat forward of the console with a livewell that doubles as a cooler, a large foredeck that can serve as a sun lounge with backrest or a base for throwing a cast net and casting with a storage bucket underneath, and  two secure rod lockers for ten sticks as long as seven and half feet.

The optional but highly recommended hardtop can hold four rods, as can the leaning post. There is horizontal storage for two eight foot rods under the gunwales. Other fishing options include a 36-volt bow-mount electric motor with triple 12-volt battery storage at the bow and a Power Pole shallow water anchor on the starboard side of the transom. Quality details include port and starboard in-gunwale PFD storage, custom flat bar grab rails molded into the deck on either side of the bow platform, and Marelon composite seacocks. One major optional feature is a hardtop tower with full upper helm ($20,125), which would be especially useful in the lower Chesapeake for spotting cobia along buoy lines and red drum on the flats around Cape Charles.

So how does this multipurpose vessel behave on the water? For starters, know that Crevalle equips the standard 26 Bay with wide, recessed Lenco trim tabs and a hydraulic transom jack plate with six inches of vertical lift. The latter complements a notch under the transom that provides a high stream of solid water to the propeller even when the engine is lifted all the way up. A close look under the hull of the 26 Bay on the Tradewinds showroom floor showed crisp bottom strakes and broad reverse chines and a V-shaped, flat lifting pad under the after third of the keel. Power comes from a 250- to 400-hp Mercury, Yamaha, Evinrude, Honda, or Suzuki. Tradewinds rigs Mercurys. Our test boat ran a 300-hp Mercury Verado, which offered more than enough power, with a top speed in the 40s. A 250-hp Verado would be plenty.

With a 16-degree transom deadrise flowing forward to a broad bow, the 26 Bay is as steady as a rock at rest and even drifting broadside in a two-foot chop, but with this much horsepower on the transom, it pays to learn all the tools available to dial her in at speed in the kind of steep Chesapeake chop and 18-knot wind Tradewinds’ Brian Schneider and I found outside Hart-Miller Island, running against a hard Susquehanna ebb tide. The 26 Bay tracked perfectly in all directions with no spray on the windshield.

Top speeds were irrelevant under those conditions, but Brian showed me how to use the jack plate, trim tabs and engine trim to draw the hull down into the waves and let the bow entry split them. That’s a lot of moving parts, but it was clear that they would well serve a thoughtful skipper who is willing to invest some time to learn them. Even with this brief experience, I could make the boat comfortable at speeds from the low to the upper 20s, and when we turned to run with the seas back into Middle River, she showed perfect manners at speeds in the 30s.

Bottom line: Crevalle Boats are for real, and it’s good to have them available here on the Chesapeake. Quality does come with a price—$88,000 MSRP for a base 26 Bay powered with a 250-hp Verado and $7,500 more for a hardtop before contemplating the long list of other attractive options. Nonetheless, this well-built boat will serve a water-loving family and anglers for many years and hold its value. 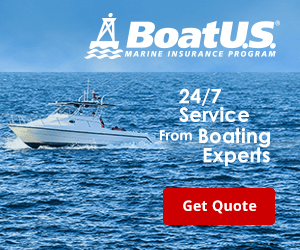 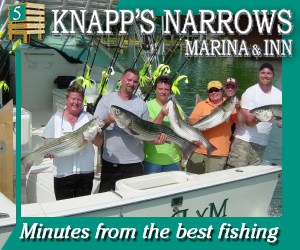 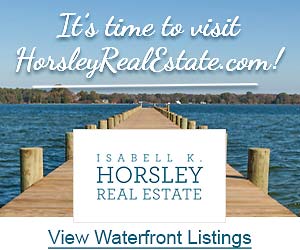 Contender made its reputation building hard-core fishing boats, but in answer to requests from many

Stability and toughness in a roomy family platform.