With the Maryland Transportation Authority’s public comment period now open on a potential new span alongside the existing Bay Bridge, leaders on both sides of the bridge are making their voices heard.

The majority of those commenting at a Zoom virtual town hall last week were critical of Governor Larry Hogan’s Draft Environmental Impact Statement (DEIS) that proposes putting a third span state Route 50 over the Bay
Bridge on the Broadneck Peninsula in Anne Arundel County.

The town hall was organized by the Anne Arundel County Executive Office, which opposes the plan. Patricia Lynch, of Annapolis, is a member of the Bay Bridge Reconstruction Advisory Group. She said this is the most difficult subject she’s had to talk about while being a resident, and that she is trying to save the Broadneck Peninsula from harm. She said many residents are opposed to the proposed span.

“We reject a span here, which would destroy our peninsula and decimate our service roads—possibly Sandy Point State Park on the north,” she said. “Alternatives must be reconsidered. It also might put the Whitehall communities at risk.”

The Maryland Transportation Authority and Federal Highway Administraton describe the purpose of the Bay Crossing Study “is to consider corridors for providing additional capacity and access across the Chesapeake Bay in order to improve mobility, travel reliability, and safety at the existing Bay Bridge.”

Jay Falstad is with the Queen Anne’s Conservation Association, which he said is the oldest conservation association on the Eastern Shore at 52 years. The association hired a firm to look at the proposal and were willing to accept whatever finding they found, he said.

“What we found, however, is really nothing short of an administrative disaster,” he said. “The DEIS we’re talking about is really not an environmental impact statement at all. What it really amounts to is a failed traffic study.”
Critics say the DEIS relies too much on a very limited amount of information to support a new span. Anne Arundel County Executive said the statement was created to support Governor Hogan’s intent to build in the first place, and not the other way around.

“It was not very compelling in my view,” he said. “Their projection of increased traffic depends on future development sprawl on the Eastern Shore. Since this won’t be built for 20 years or more, I view this as building yesterday’s bridge tomorrow.”

The current bridge will reach its maximum life span by 2065 if it is maintained and repaired regularly. It was originally constructed in 1952. Pittman said numbers he’s heard for building a new span, presumably with much help from the federal government, are between $5 and $10 billion.

Falstad said the data that is used by the state to support a third span is confined to one week’s worth of analyzed traffic in 2017. He noted that was also pre-pandemic, before working from home became more popular. “It fails to look at the 51 other weeks,” he said. “We have major troubles with this.”

Multiple residents commented that dealing with traffic, particularly summer beach traffic going to the Eastern Shore, can be a huge headache for Broadneck residents.

District 5 County Council member Amanda Fiedler lives in the area. “A snapshot in time is not enough to relate the problems we have in the Broadneck Peninsula,” she said. “We have to plan our lives around traffic. Each of us has to calculate the time we are going to sit trapped in our cars.”

Maryland State Senator Ed Reilly, of District 33, believes finding a northern crossing for a new bridge would be a far superior choice from a practical standpoint, but also from a national security perspective, in the case of future national defense and evacuation needs.

“We need to change the dialogue,” he said.

Maryland State Delegate Heather Bagnall, also of District 33, said basing such a large decision on such a small traffic sample from five years ago was “unconscionable.”

Former Anne Arundel County Council member Richard Ladd was less critical of the possibility of a third span, but encouraged the state to explore new technology in helping to regulate traffic flow.

“Increasing the lanes concurrent with putting another bridge lane in seems to be a viable option,” he said. “That’s not what people want to hear.”

The subject of the third Bay Bridge span engenders strong feelings from many, especially those living in the area that would be most impacted. The state is accepting public comment on the proposed project until at least May 10.

The Anne Arundel County Executive’s Office encourages residents to take advantage of that opportunity by expressing their view to the state of Maryland.

Comments can be made through this link: baycrossingstudy.com/public-involvement/deis-submit-comments.

The Phillips Packing House twin smokestacks have been a fixture of Cambridge, Maryland for nearly 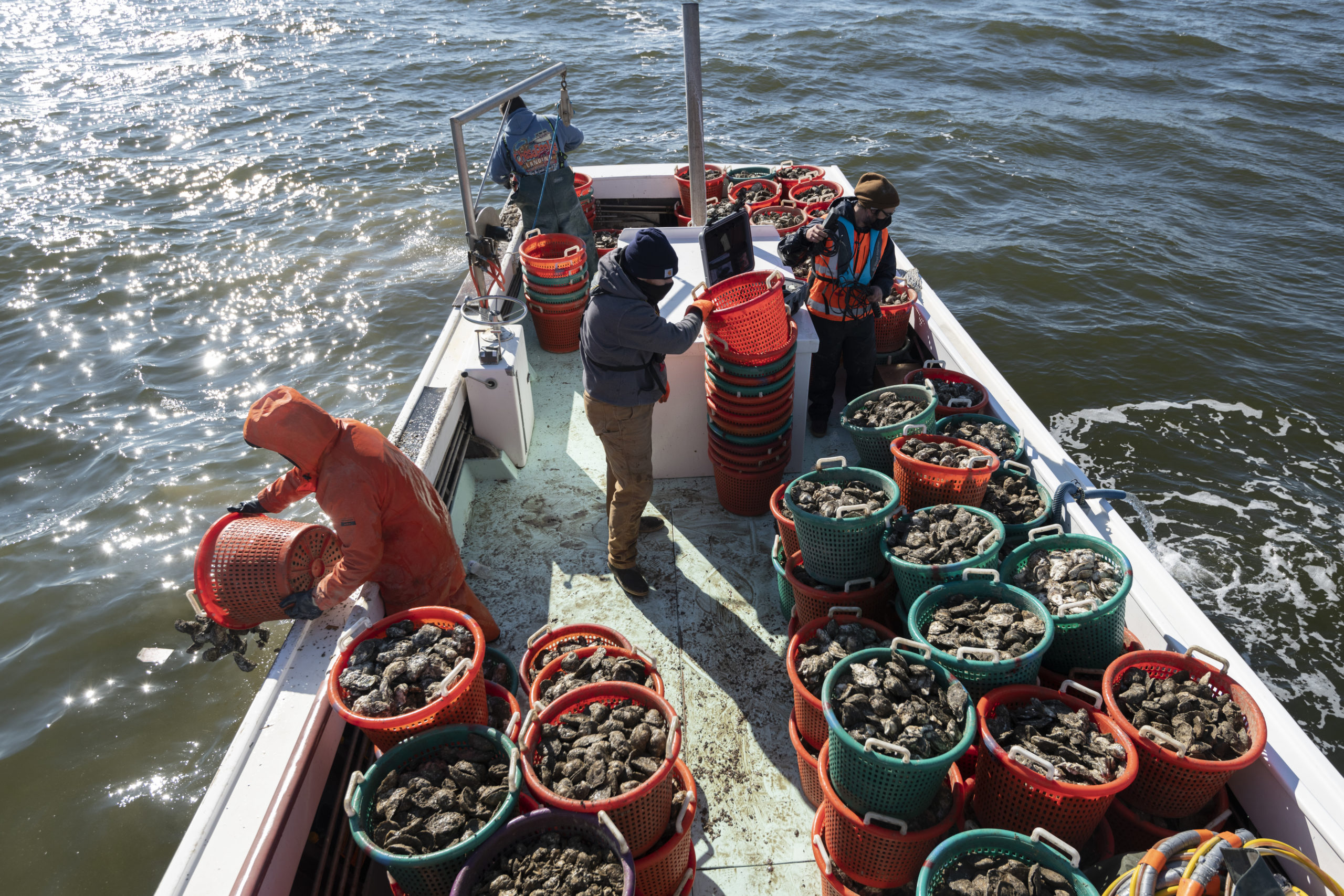 It was one of those creative solutions to a pandemic-driven problem: the Bay aquaculture industry