A search for family leads to a Chesapeake workboat

Miss Sandy B is more than an old workboat, or even a piece of Chesapeake Bay history. She is the wooden embodiment of a deep connection between a son and the father he never knew.

Ross Hubbard felt drawn to boats for as long as he can remember. He drew them and daydreamed about them, imagining himself at the tiller or the wheel, carving a trail of foam through the blue. As an adult, he moved from Maryland to the Pacific coast, embarking on a thirty-year career working with boats and becoming a marine surveyor. It was what he loved most, and he joked that the water was in his DNA. Adopted at birth, he knew little about his ancestry. It took decades of searching to learn his birth mother’s name, only to find she had passed away. With that door closed, it seemed unlikely he would ever learn the identity of his biological father.

Then, last spring, Hubbard received an unexpected call from a yacht designer who had been commissioned to create a painting of the Pride of Baltimore who asked him to critique the piece, and that night, Hubbard dreamt about Maryland and the Bay for the first time in years.

“The next morning, I got up and had an urge to look at my Ancestry and 23andMe accounts,” he says. “I just felt like something was brewing.”

He was right. A message had been posted just three minutes earlier from a woman named Pam Cusisck, who believed she was his half-sister. Over the course of the day, Hubbard learned that tidewater really did run through his veins because he was the son of Robert Miller of Fishing Creek, Hoopers Island—a waterman and a boat builder. The news, while welcome, was bittersweet. Hubbard would have the opportunity to meet four of his half-siblings, but there would be no reunion with the father he longed to find. Robert Miller had also passed away.

The work of a man’s hands lives on, though. Hubbard’s wife Eileen pointed out that while it might be too late for him to meet his father, he could still connect to his past through the boats he built. Hubbard wanted to dream his way to the Bay and start a new kind of charter-boat business, stressing education, environmental tourism, and ecological sustainability. To buy and restore one of his father’s boats for that purpose would be a way to achieve that while also reclaiming a piece of his history, and it would be a project that would strengthen ties with his newfound family.

“I wanted it to bring us together and for all of us to be proud that my father’s life meant something. The boat will memorialize that in a living way,” Hubbard explains.

Miller built wooden skiffs for years, and in the 1970s, he began crafting Chesapeake deadrise workboats, mostly between 36 and 39 feet, all built by “rack of eye,” the traditional method of building without drawn plans. These were the boats Hubbard was looking for. But his father built no more than a half-dozen or so of these larger vessels. Finding one more than forty years later would not be easy.

“I went onto Facebook to some of the waterman’s groups, but I got sort of a tepid response,” Hubbard laughs.

He asked his half-sisters to put the information out for him. They were “down-homers,” while he was just a marine surveyor from California. He hoped they would generate more of a response. He was right.

Within three hours, Zeb Barlow, a well-known expert on Chesapeake Bay workboats, pointed them in the direction of Hercules, which he believed was built by Robert Miller. It was listed for sale at a marina near Solomon’s Island. Research confirmed Hercules was originally the Miss Sandy B, a 39-footer built in 1972 by Miller and, apparently, the last of his deadrises still in use. Hubbard called the owner and said he would take the boat regardless of the condition. Then he flew east to take a look.

“She definitely had been worked hard,” he recalls.

The boat was a traditional square-stern deadrise (not a drake tail) strip-planked in cedar and juniper to the waterline chine, and then cross-planked with Douglas fir over oak frames. One of her past owners had fitted her with a “clam-rig,” a hydraulic lift mounted to starboard, and she was twisted and wracked as a result of the extreme load it carried during its use. Beyond this structural issue, the boat showed serious signs of hard use and neglect. The original 225 horsepower John Deere engine needed to be rebuilt. In addition to the essential repairs, she would need to be reconfigured to serve as a charter boat. The cabin roof would have to be raised to allow for installation of a head and additional stowage. The working deck, which had been raised, would need to be lowered three inches to add seating. Racks would need to be added for kayaks and paddleboards. Yet Hubbard also wanted to stay true to the original design, and for all of that work, he needed someone who understood that Miss Sandy B was more than a boat—she was his father’s legacy. He found Andrew Abreu.

“I had been following Andrew’s work on Facebook and in magazines,” Hubbard says. “He lives and breathes this. I called, just crossing my fingers, hoping he’d do it.”

Like Hubbard, boats are in Abreu’s blood, though, if his life had gone according to plan, he wouldn’t be restoring them. In high school he was granted early acceptance to a five-year master’s program in architecture at Montana State University. It was a great opportunity—except for one thing.

“I learned fast that first semester what I really liked,” he laughs, standing in front of his shed in Trappe, Maryland, “and it wasn’t architecture.”

He left Montana State and applied to The Landing School in Maine, taking a job with a furniture maker while waiting for an opening. Both experiences helped him to hone his woodworking and shipwright skills with true craftsmen. He opened Abreu Boatworks in Trappe on the Eastern Shore two years ago, and he has received national media attention for his restoration of vessels like Minots Light II, a 41-foot 1960 Aage Nielsen yawl. His is a small and growing business with all the work he can handle, but the tale of Miss Sandy B appealed to his heart.

“There is something about wooden boats,” he says, eyes shining. “You can’t really understand it till a story like Ross’s arises.”

Miss Sandy B was trucked to Abreu’s shed, where he met with Hubbard and developed a plan of attack.

“The most difficult part of a restoration like this is putting yourself in the shoes of the original builder and reverse engineering what has been done. It is easy to over-build the rebuild but quite difficult to rebuild a boat responsibly,” Abreu notes.

Work began in June. He started by pulling the engine, which was sent out to Mark Milbourne in Crisfield to be rebuilt. Then the demolition began. Abreu removed the old wooden deck to allow a thorough inspection of the frames, floors, planks, keelson, and keel. He discovered significant damage in the garboard planks and keel after the engine keel cooler was removed. So he cradled the bottom and removed the skeg, cabin, and transom. He then devised a method for repairing the damage caused by the hydraulic rig by using a combination of boat stands and overhead wood supports braced to the ceiling beams as they went, twisting the boat back into shape while further stabilizing the hull for additional work.

Hubbard has flown in regularly, buying a Catalina 27 to keep docked in Cambridge so he can have a place to stay while he watches the boat’s transformation. These trips have given him the chance to get to know his half-sisters Pam and Cindy, who live on the Eastern Shore. His brother Robert, named after their father, has also traveled from Tennessee, bringing with him old photographs and stories about their family. In many respects, the process of Miss Sandy B’s restoration has become a metaphor for Hubbard’s own experience.

“She is a work in progress, and what we’re doing with the boat parallels what I am doing here, getting back to my roots.”

Miss Sandy B has been taken down to her bare bones—but they are good bones. Hubbard has been there for much of it, peeling back his past with each new exposed layer.

“Every time we pull a piece off, I think, he put that there. He laid his hands on that,” he says, speaking about his father. “It is emotional stuff.”

You can follow the restoration of Hubbard’s deadrise at MissSandyB.com or by visiting the Facebook page of Abreu Boatworks.

The finish date for Miss Sandy B is tentatively set for November. By then, the new bright-finished transom will be installed, as will the taller cabin. A hard top following the camber and contour of the cabin top will extend aft to accommodate solar panels and kayak and paddleboard racks. The rebuilt engine will be in place, as will a new electric motor, a combination Hubbard feels will provide the optimal environmental experience. Clients will be able to power out to remote areas quickly using the diesel engine, then glide in under the power of the electric drive, getting “sort of that ahhh feeling you get on a sailboat once you shut down the engine,” he explains. “For bird watchers and nature lovers, it offers an opportunity to get close without disturbing as much.”

In addition to customized charters, he hopes to use Miss Sandy B to increase awareness of the issues facing those who live and work along the Chesapeake. He would like to offer tours to watch waterman harvesting oysters and crabs so that people recognize the challenges they face in bringing seafood to our tables. He also hopes to draw attention to the plight of tidewater communities as they face erosion, rising sea levels, and sinking land, noting that “these places will be gone in 50-100 years without help.”

But all that is still in the future. Nothing will compare to the first time Ross Hubbard takes his place at the helm of Miss Sandy B as the captain of the boat his father built. It will be the closing of a circle and the fulfillment of a dream.

“I’m so grateful,” he says, running his hand along graceful lines of the bow. “Life put this right in my lap.”

by Meg Walburn Viviano The Bay’s newest conservation spokesperson  is a mermaid. Legends have long 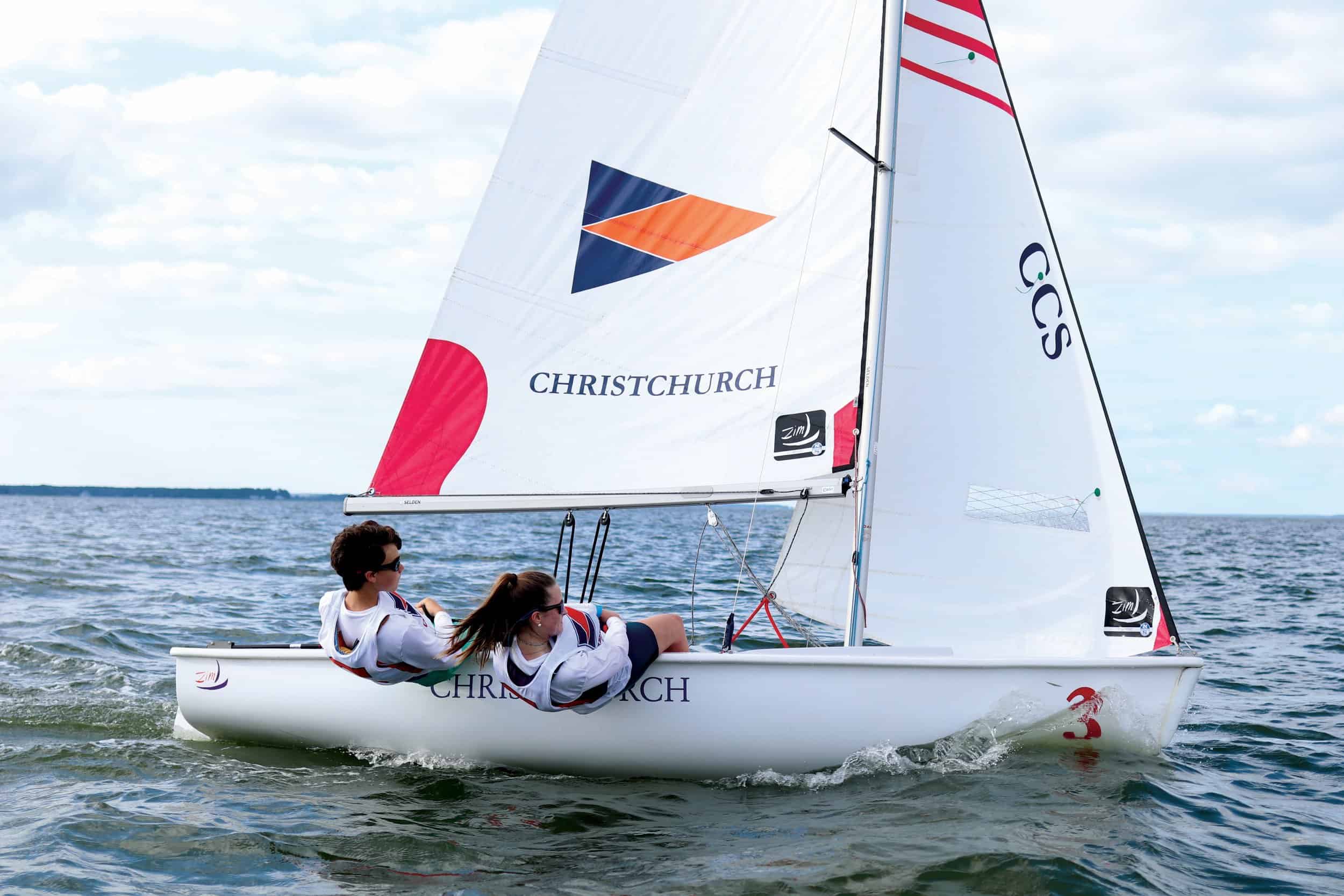 The Character of Seahorses