Harvesting oysters by hand in the Bay

It’s hard to read the slip numbers in the half-light of dawn, and the rain isn’t helping.

“Do you see it?” I ask Jeff, my boyfriend and dive buddy. He says nothing.

I don’t have to look at him to know what he’s thinking, because I’m thinking it too. This was a bad idea.

It’s was a quiet ride from Baltimore to the Kent Narrows marina where we would meet a small group of folks to try our hand at a niche Chesapeake pastime—oyster diving. This wacky adventure seemed like a great idea when we signed up for it a few months ago. But on this November morning, temperatures are struggling to reach 40 degrees and the rain is as persistent as its been all season, meaning the Bay is a choppy, murky mess. Not the best conditions for a pleasure dive.

We are the last to arrive at slip 131. As we pull on our wetsuits in the dark, our group of six (plus a divemaster) exchange quick introductions and jokes about the weather.

Shane Hampton is the boat captain and a retired oyster diver. Later he will tell me about the jerry-rigged equipment he once
used: how he punched holes and inserted tubing in his suit to pump it full of hot water from topside, allowing him to stay below the surface for hours at a time.

For now, though, he sequesters himself in the cabin and maneuvers us out of the marina and into the open water. His nephew, Rodney Bambary, also a seasoned waterman, lines up the oxygen tanks and gives us the low-down.

Visibility will be rotten, he tells us, two feet maximum. If we intend to stick with our buddy—an essential tenet of scuba diving—we had better lock arms on the surface. To find oysters, he says, we’ll need to use our hands for eyes, running our fingers across the muck until we feel a small, sharp protrusion. Because we’ll be throwing back any catch under three inches (per DNR regulations), Rodney shows us how to use our palm as a ruler. Most importantly, if we begin to shiver while underwater, we are to surface immediately. Nothing ruins a dive like hypothermia.

“Anybody get seasick?” he yells over the growl of the motor.

Jeff squeezes my hand. I say nothing.

The truth is I was born without sea legs, but it seems silly to complain about that now. After all, I paid to be out here. Professional oyster divers like Shane have been conquering seasickness, frostbite, and unpredictable water quality for decades.

Commercial oyster diving has been legal in Maryland since 1973, and while most watermen use tongs or dredges, a hardy few continue to dive. In 2018, the Maryland Department of Natural Resources reported that nearly 13 percent of the oyster harvest was gathered by hand. Though physically demanding, oyster diving does have its advantages: greater access, less bycatch and a gentler impact on the Bay’s delicate ecosystem.

A diver from Columbia is the first in the water. Before he descends he turns back to the boat to describe—with a wild smile and smattering of expletives—just how cold it is.

When it’s my turn to roll backwards from starboard, I confirm the water is cold in a way that only expletives can capture.

I manage to make my limbs work long enough to lock elbows with Jeff, who, like it or not, will be staying with me down there. Together we deflate our vests and a few seconds later, our fins touch bottom.

Visibility is not two feet. It might not be two inches. But we find a rhythm.

I keep the flashlight trained on Jeff’s gloves as his hands work gently thought the muck. He gives my arm a tug when he’s got an oyster and I open our mesh sack for him to deposit it. We move together in unison, but the dark water and rough current are disorienting; we mostly swim in circles.

In all, we harvest seven oysters. Six of them are large enough to keep.

Luckily, our party are more experienced and much better oyster divers than we are and generously share their haul with us. We go home with a cooler-full, enough to share with friends and neighbors.

On the way home to Baltimore, Jeff and I thaw out in tired silence. I don’t have to look at him to know what he’s thinking, because I’m thinking it too.

This was the best idea.

Ashley Stimpson is a writer and adjunct professor at the University of Maryland University College. 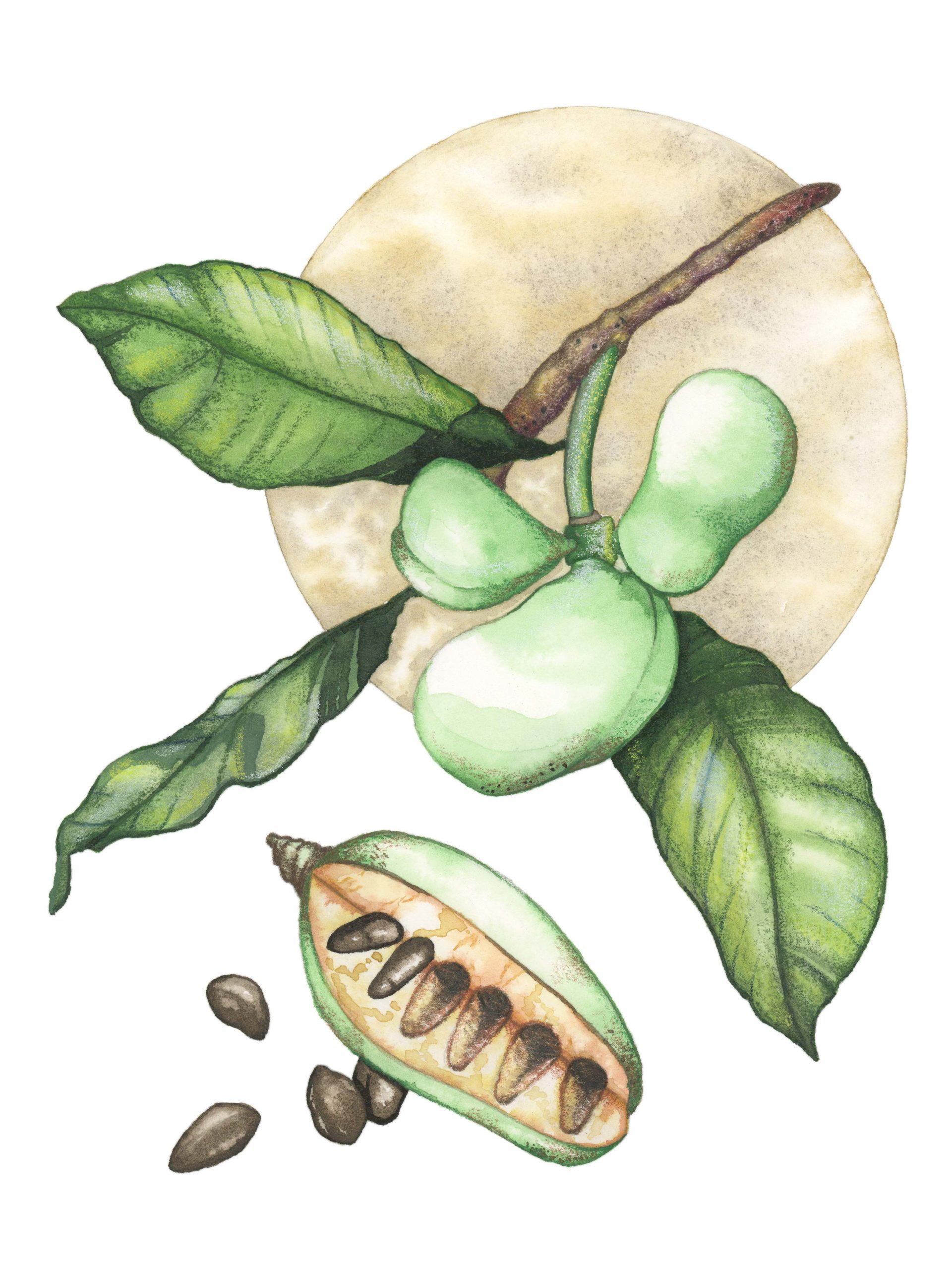 Food Trucks on a Roll

Down Yonder in the Pawpaw Patch