Story and photo by Jay Moore

Captain Brian Dutton holds the reins of 1,300 horses and bends them to his bidding with the touch of his fingers. Three decks above the huge diesel engines, the port and starboard control levers emit a deceptively discreet “beep” as they slip between gears and add power. Fifty-five gross tons of steel beneath his feet yield to the skipper’s commands.

“I’m just haulin’ folks across the river,” he says, smiling. “Drivin’ around in circles.”

Dutton started haulin’ folks across the river as soon as he was legally eligible to test for the required Coast Guard Master’s license. It was 2005, and he had just turned nineteen. He’s considered to be the youngest person to earn the captain’s four-striped epaulette and assume such responsibility in the Norfolk-Portsmouth harbor.

“I took a huge pay cut to start as a deckhand at 16,” he says. He’d been working for his roofing-contractor father at $15 an hour. It was seasonal work. The ferry offered 12-month employment, but at minimum wage. The investment paid off. Three years later Dutton had logged enough sea-service days to test for the 100-ton license, passed on his first try, and literally moved up the ladder into the third-deck wheelhouse of the 75-foot Elizabeth River “paddlewheel” ferry.

He stands at his post behind a large, wooden-spoked wheel. A radar array and a GPS chart-plotter get his attention when he’s not making 360-degree visual sweeps around the boat. From his glass enclosure, he watches as many as 150 passengers board the double decker with the big paddle wheel on the stern. “The paddle wheel’s just for show,” Dutton says. “Twin diesels give us all the power we need. But she’s flat bottomed, so she crabs a lot when you’re turning into a dock.” (Without a keel, the boat slides sideways and forward somewhat when the rudders are turned.) “New captains have to make big adjustments to control these ferries,” he says. Docking and close quarters maneuvering are the most trying times for a ferry-boat helmsman. Dutton eases the unwieldy ferry to the landings more than 50 times during a shift.

“When I’m training someone new, I have them imagine there’s an egg between the boat and the dock,” Dutton says. “They break a lot of eggs at first.” Dutton doesn’t break the eggs.

The trip from Norfolk’s Waterside venue to Portsmouth’s downtown High Street landing is less than a nautical mile and takes about 12-minutes. It’s America’s oldest continuous ferry service route, and it remains a popular alternative to the tolls and tunnels connecting the two cities. The ferry was founded in 1636 by Adam Thoroughgood, who had his own deck-to-wheelhouse story. Brought to Jamestown as an indentured servant in 1622, he became a community leader and member of the House of Burgesses colonial legislature.

These days, ferry passengers are as likely to see a cruise ship or US Navy warship as they are to see pleasure boats transiting the Intracoastal Waterway on an Elizabeth River crossing. What they’re not likely
to appreciate is the history-making captain working on the top deck above their heads. 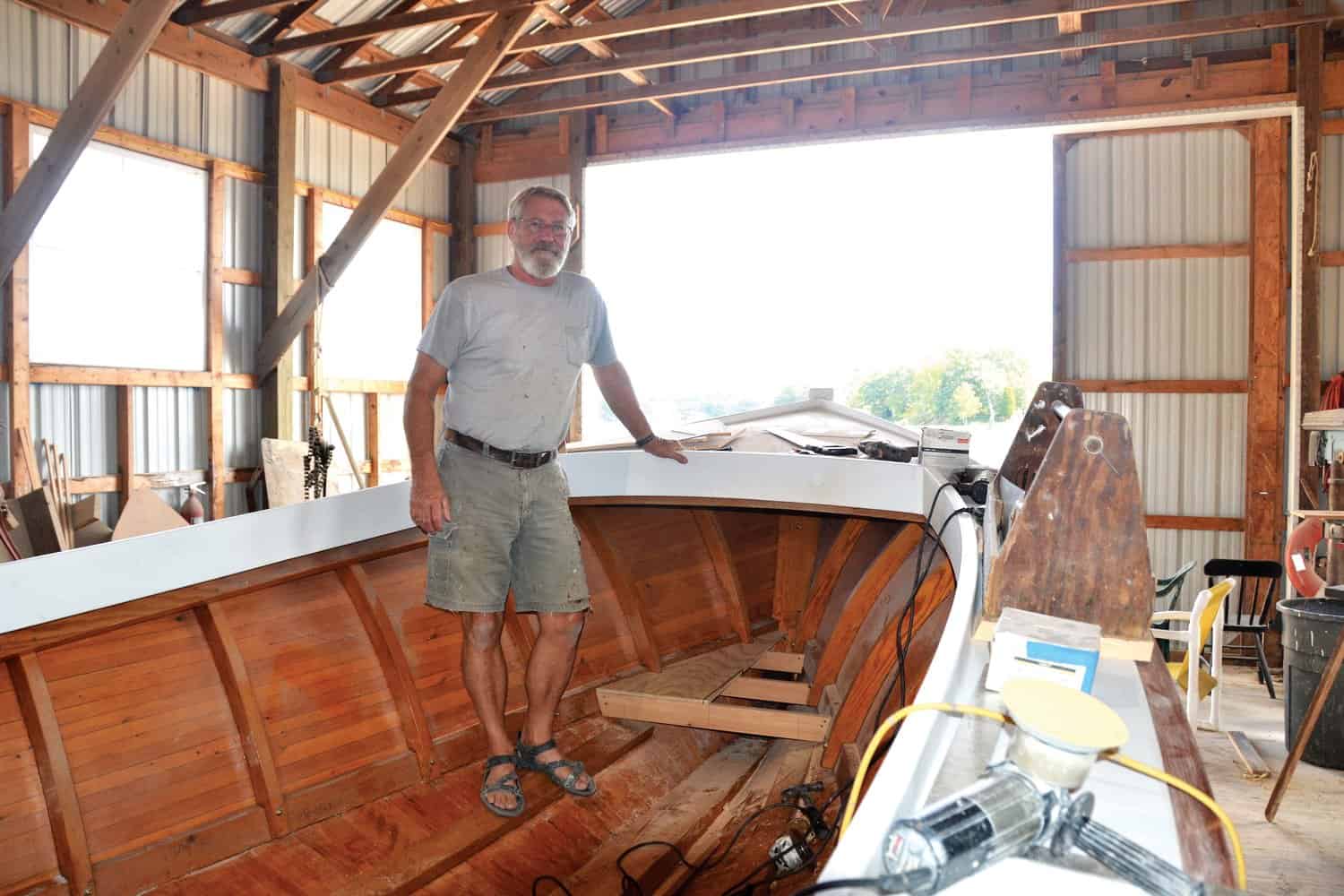 Carrying on the family tradition at Reedville Marine Railway.

Seeing the World on Fisherman Island