Times Square may have its high-wattage ball drop, but we will not be outdone on New Year’s Eve around the Chesapeake Bay. Leave it to party-conscious visionaries to put a spin on the celebration by dropping everything from a giant crab to striped bass and even a high-toned, stuffed muskrat to celebrate another trip around the sun.

Last year, the cold didn’t stop Cape Charles revelers from counting down with food, music, and the dropping of a giant crab pot. Although there’s a good chance the temperature will be again be brisk this New Year’s Eve, you can bet residents and visitors won’t miss the chance to celebrate with this iconic Eastern Shore symbol. “Our big thing here is our watermen, and what a great way to do something unique to the area to drop a giant crab pot,” explains Cape Charles’ Community Events Coordinator Jen Lewis. She says the town’s mayor started the event back when he was the harbormaster. They drop the pot from a crane at 10 p.m., which marks the new year in Greenland, to make it a family-friendly event.—capecharles.org 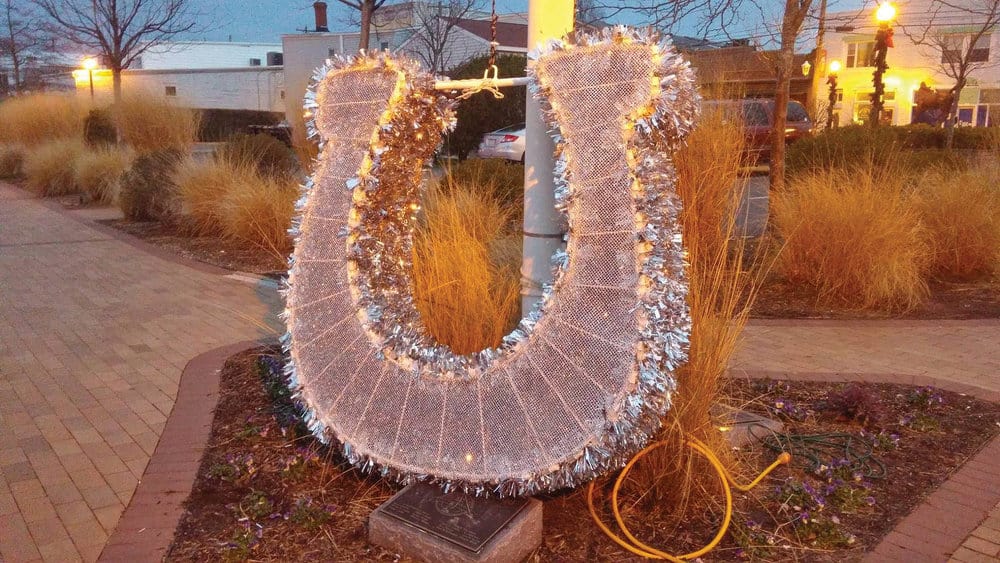 The costume theme this year will be “Super Heroes & Villains,” and, of course, the midnight drop will be a giant, lighted horseshoe. The party begins at the Downtown Waterfront Park at 10:45 p.m., and the best costumes in several categories win prizes.

On New Years Day at 1:19 p.m., salty swimmers will celebrate the New Year with a plunge into the surf at the Polar Pony Plunge on Assateague. This is also a costume event with prizes.—chincoteaguechristmas.com 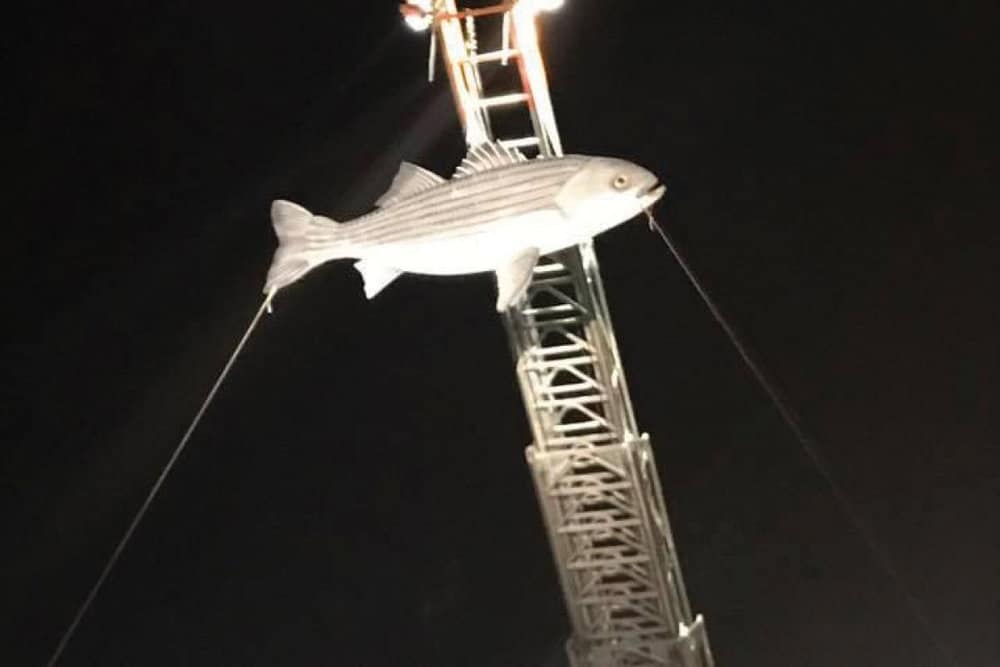 It’s only natural that this seafood town would incorporate a striped bass into its New Year’s Eve celebration. Town Manager Ronnie Fithian says that the tradition of lowering a painted eight-foot plywood rockfish from a ladder firetruck was about a decade in the making. Event details weren’t immediately available, but fireworks have historically accompanied the drop. On what the rockfish means to Rock Hall, Fithian says “There’s never been another town in the state of Maryland that harvested the amount of rockfish in years past as that we did, and this year, we had one of the greatest charter boat seasons ever on record. So that striped bass or rockfish, whatever you want to call it, has been important to this town for as long as I can remember.”—rockhallmd.com

The “real highlight is that we are 25 years old this year,” says First Night Talbot 2019 Chair Carolyn Jaffe of Easton’s New Year’s Eve festivities. They must be doing it right, and all signs point to offering another great, family-friendly celebration.

Jaffe says the event is a true volunteer community event following the “original principle of First Night,” which is to provide a family-centric,  alcohol- and drug-free gathering to ring in the new year. With regional performers of all ages, a fire juggler, children’s crafts, even a mermaid, things will be hopping in Easton. The piece de resistance will  be the giant red crab lowered to much fanfare at 6 p.m. and again at midnight to mark the arrival of 2019. “What’s more Eastern Shore, you know?” says Jaffe—firstnighttalbot.org. 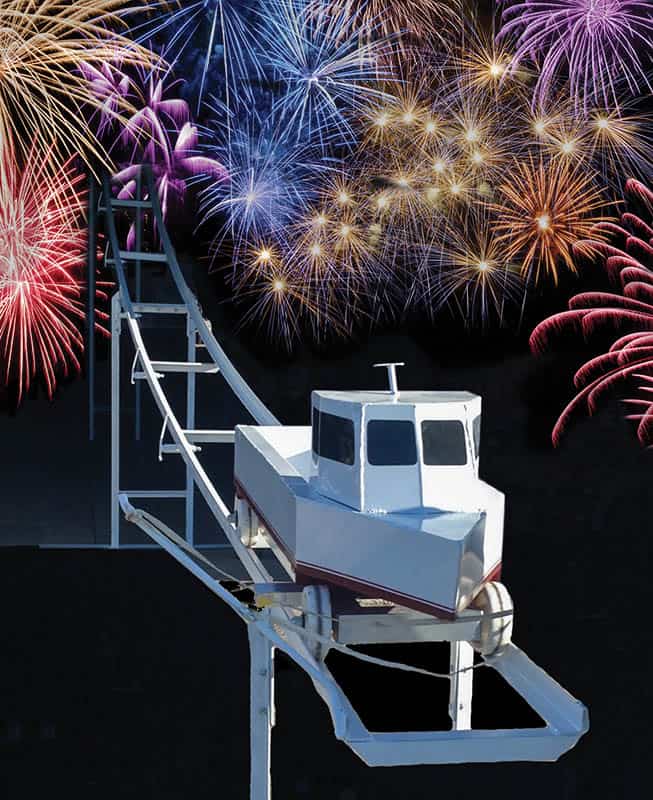 Groove City will welcome 2019 with its third annual New Year’s Boat Drop on Poplar Street downtown between Gay and High streets at midnight. The Groove City Lady, a four-foot deadrise replica, will slide down a sixty-foot track adorned with twinkle lights and crab decorations hanging as if from a trotline. Everybody cheers.

The concept began with Brian Roche from the local cable provider Bay Country Communications and the volunteer Cambridge Main Street organization who brainstormed something appropriate for this watermen’s town. It’s a hit, plus, you’re in one of Maryland’s most up-and-coming towns for a party (Chesapeake Bay Magazine, 24 Hours in Cambridge, Sept. 2017)—downtowncambridge.org 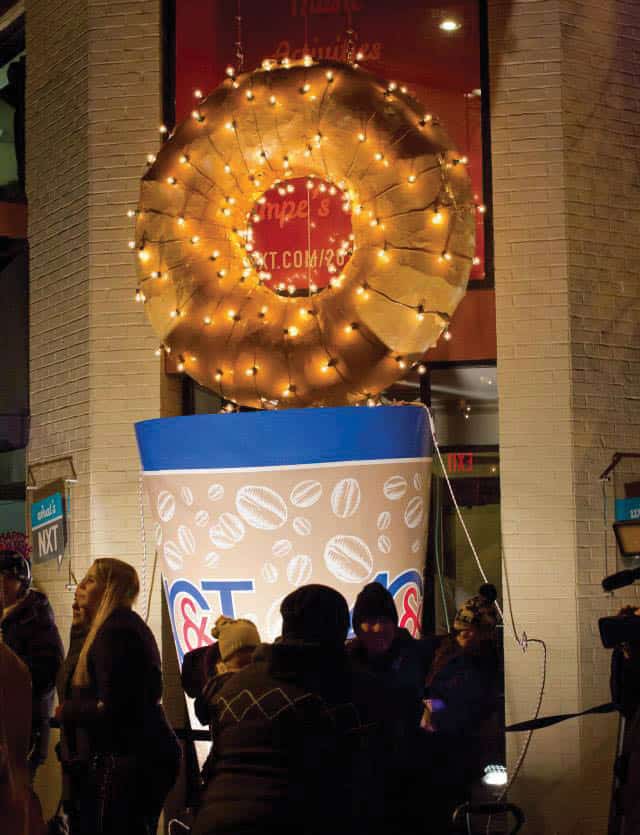 Hagerstown will satisfy your New Year’s Eve sweet tooth with its sixth annual Middletown Valley Bank Krumpe’s Donut Drop. Melissa Fountain, Digital Marketing Producer with event co-host HighRock, says she anticipates about 6,000 people to gather to watch the massive fiberglass donut make its descent into an enormous cup of coffee. The donut,
a homage to Hagerstown’s own Krumpe’s Do-nuts, which has been frying dough for more than 80 years,
is dropped at 7 p.m. so all ages can cheer. Local businesses offer up complimentary soup, coffee, and hot chocolate to guests. Even better, Krumpe’s will be giving away thousands of free donuts. Music, a Kid’s Zone, and fireworks will round out the night. —facebook.com/events/484265422018167 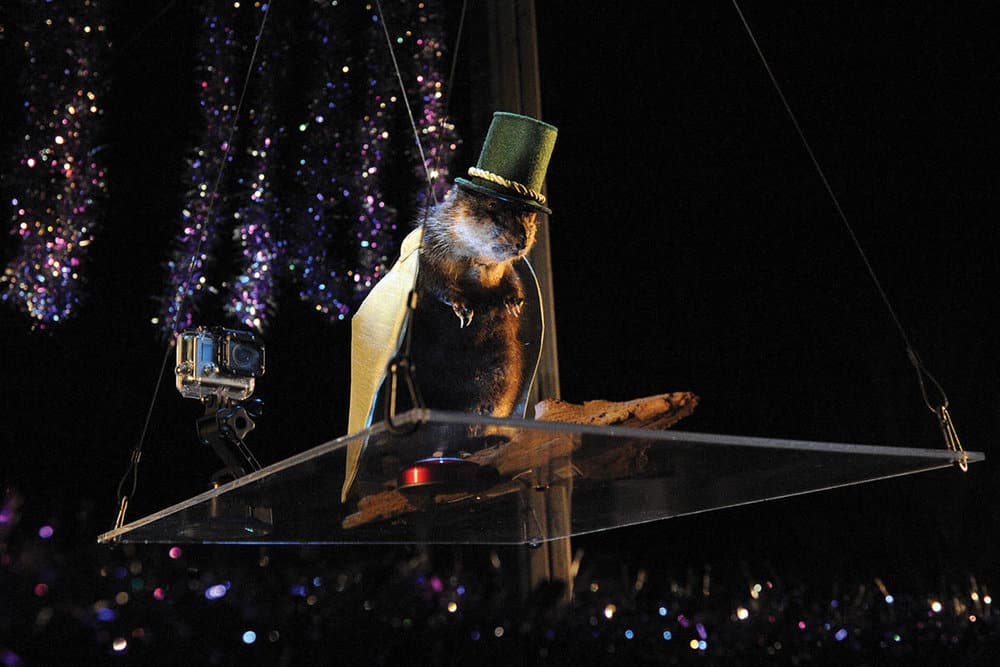 “We drop a muskrat. Seriously. You don’t want to miss that,” reads the Princess Anne Midnight Muskrat Dive Facebook profile tagline. Since 2012, Marshall P. Muskrat, an elegant, stuffed specimen sporting a top-hat and cape, has rung in the New Year with a rather formal entrance  while riding a piece of driftwood suspended on a clear plexiglass table, which sails in over Somerset Avenue at midnight as the crowd cheers. There’s nothing like it anywhere in the world. Previous celebrations featured oysters, Smith Island cake, drink, dancing, and, of course, the guest of honor. — facebook.com/MidnightMuskratDive

Laura Boycourt is a freelance writer, mom to two little pirates, and lifelong boater from Annapolis.