The first North Atlantic right whale calves of the 2022 season have just been spotted off the Georgia coast, and right whales are being detected off the Ocean City, Md. coast. In an emergency petition, ocean advocacy group Oceana is calling for the feds to immediately institute the proposed new vessel speed regulations that aren’t expected to take effect until the 2023 season.

Washington, D.C.-headquartered Oceana filed an emergency rulemaking petition with the U.S. Department of Commerce and the National Marine Fisheries Service “demanding immediate action to save critically endangered North Atlantic right whales and to ensure the protection of pregnant females, lactating mothers, and calves during the current calving season.”

Oceana says the whales are most vulnerable to being hit by boats during the calving season since the mothers and nursing calves spend more time swimming at the water’s surface.

Oceana is calling on the fisheries service to add immediate stopgap measures under the Endangered Species Act and Marine Mammal Protection Act, including modifying Seasonal Speed Zones, changing the trigger for Dynamic Speed Zones from the presence of “three or more whales in close proximity” to also include the presence of a mother-calf pair, and include most boats 35 feet long or bigger in the speed limits.

Expanded speed regulations were proposed earlier this year, a public comment period was opened, and as Bay Bulletin reported in October, a coalition of fishing and boating industry organizations pushed back. They said, in part, that adding 10-knot speed limits for smaller boats would “cause irreparable damage to the outdoor industry”.

For its part, Oceana says 20,000 of its members commented during that public period in support of the proposed regulation.

“These whales are faced with a number of life-threatening perils along their journey – boat collisions and entanglement in fishing gear remain the top two causes of death for the species. While broader and permanent safeguards are desperately needed, the government must take immediate action now to protect these mothers and their newly born calves today.” said Oceana campaign director Gib Brogan.

Right now a temporary “SLOW Zone” is in effect off the coast of Ocean City, Md. due to the presence of right whales. The Maryland Department of Natural Resources issued a notice announcing on Dec. 10, the Ocean City buoy re-detected the whales’ presence. The voluntary SLOW Zone is in effect until Dec. 25. Boaters are asked to avoid the designated area east of Ocean City or move at 10 knots or less.

Boaters can visit the NOAA Fisheries website for more information.

The City of Annapolis has canceled the U.S. Powerboat and Sailboat shows just six weeks 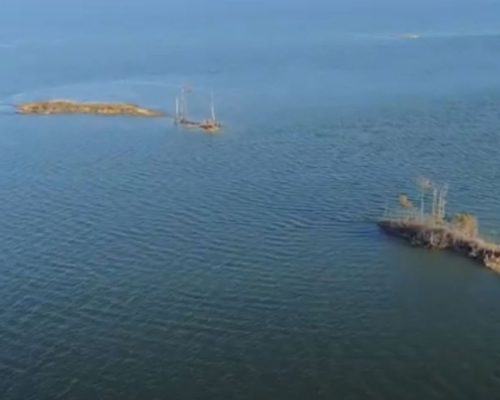