The U.S. Environmental Protection Agency said this week that it has “no confidence” that a pollution reduction plan written to offset the impact of the Conowingo Dam will be implemented because of a lack of funding.

In a Jan. 24 letter to environmental officials in Chesapeake Bay watershed states, the agency said it would scrap what was supposed to be an “innovative” cleanup plan unless states come up with a way to pay for it within 60 days.

If the plan is scrapped, the agency will replace the proposed cooperative regional approach to the vexing issue—how to address increased pollution flowing past the Susquehanna River dam—with a plan that instead requires each state to do more on its own. That approach would likely be more costly.

“We must bring this effort to closure and ensure that we have an implementable path forward to address the pollutant loads from the Conowingo,” Adam Ortiz, administrator for the EPA’s mid-Atlantic region, wrote in the letter.

Figuring out how to resolve the Conowingo issue has bedeviled policymakers for decades. Sediment and nutrients have been building up behind the 94-foot-high dam, located just 10 miles upstream from the Bay, since it was completed in 1928.

For decades, the dam kept huge amounts of those pollutants from reaching the Chesapeake. But studies since the early 1990s have warned that the reservoir would eventually fill, at which point more nutrients and sediment would flow past the dam and into the Bay. When the EPA and the states agreed on a new Bay cleanup plan in 2010, it was thought the dam’s reservoir would not be filled until after 2025, when all pollution actions needed to restore Chesapeake water quality are supposed to be in place.

But after the EPA had assigned pollution reduction goals to each state, new research indicated that the reservoir was already failing to trap pollutants, and greater amounts were reaching the Bay. With the states struggling to meet their own nutrient reduction goals, they agreed to support the development of a separate cleanup strategy specifically aimed at offsetting the Conowingo impact and finding a way to pay for it.

The EPA awarded a contract to several groups, led by the nonprofit Center for Watershed Protection, to write the strategy. After exploring options, they concluded the most cost-effective approach was to focus efforts on reducing nutrient and sediment loads in the Susquehanna basin, which is mostly in Pennsylvania. About 90% of the nutrient reductions would come from agriculture, and most of the rest from developed lands.

The EPA review agreed that actions outlined in the plan would achieve the goal of reducing nitrogen by 6 million pounds a year and phosphorus by 260,000 pounds. The EPA did say, though, that the plan needed to clarify how actions needed to meet that goal would be tracked separately from actions needed for Pennsylvania to meet its own Bay goals — especially as both plans rely on the same staff to do both.

But the main shortcoming, according to the EPA, is the lack of funding. The Conowingo plan estimates it would cost $53 million a year to implement, plus roughly $13 million a year for additional technical and administrative support.

When agreeing to create the separate Conowingo plan, the Bay states had hoped that Exelon Corp., which owns the hydroelectric dam, would foot much of the bill as part of the negotiation for a new license agreement. But Maryland and Exelon have since negotiated an agreement that does not include significant financing for the plan.

That means the states—which are ultimately responsible for meeting Bay cleanup goals—would have to come up with the money.

A separate financing plan, developed by the University of Maryland Center for Global Sustainability, outlined ways that private sector money could be used to help accelerate the cleanup. But ultimately, the plan warned, the states needed to pledge they would pay back those investors.

“Without a … financing strategy in place and dedicated funding sources to support [the Conowingo plan], there is little confidence that the plan will be implemented, and the Conowingo pollutant load will be reduced by 2025,” the EPA review said.

In his letter, Ortiz urged states to “review and evaluate federal and state funding sources” that might be applied to the Conowingo plan. Most states have been getting influxes of money from COVID relief and infrastructure funding bills, some of which could be applied to Bay cleanup efforts, including Conowingo.

If that doesn’t happen, the EPA would redistribute responsibility for reducing an equivalent amount of pollution among the states in the watershed. That would still meet the overall Bay water quality goals, but it would do so by requiring places with less impact on the Chesapeake to do more.

There’s promising news for Bear Creek on the Patapsco River. The area near the former 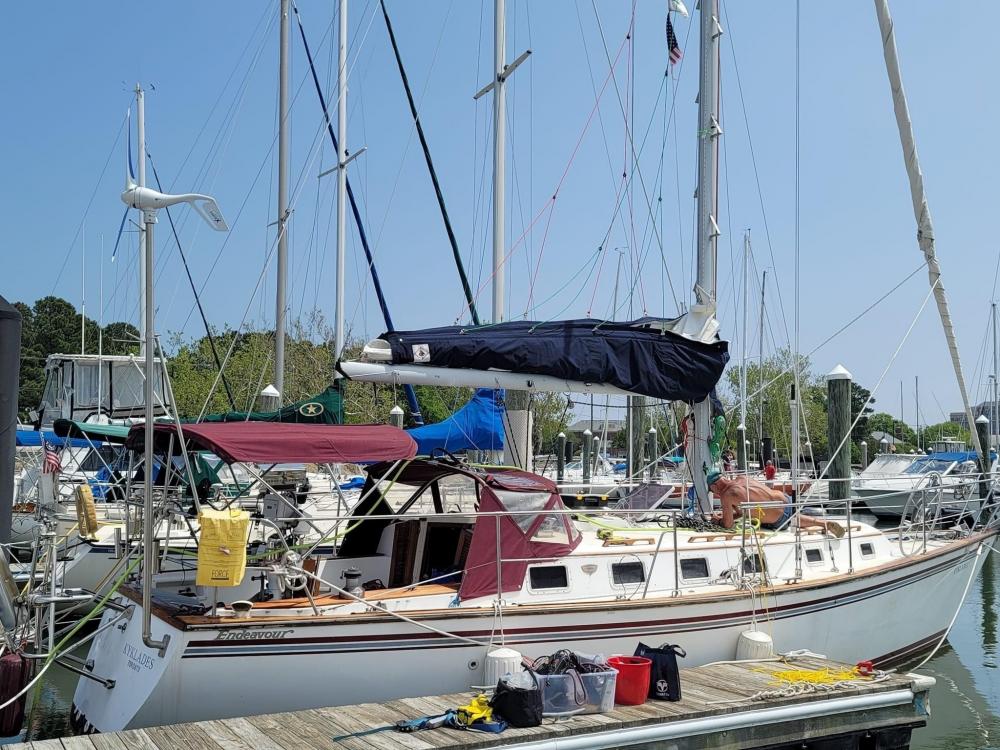 USCG Searches for Va. Couple Missing During Attempt to Sail to Portugal