The Trump Administration and Republicans have long felt the Clean Power Plan (CPP) was an overreach of federal power, and cost America a huge number of coal-industry jobs.

Pruitt says the current plan will be replaced with one that puts more of the decision-making power in states’ hands. In Maryland, Governor Larry Hogan already has a goal in place to cut greenhouse gas emissions by 40 percent by 2030.

But in the Chesapeake Bay region, there are concerns about air pollution from power plants in upwind states, including Indiana, Kentucky, Ohio, Pennsylvania and West Virginia.

Environmental groups, including the Chesapeake Bay Foundation, quickly condemned the EPA’s decision to roll back the Clean Power Plan.

“Ignoring the impacts of climate change is short-sighted and will damage the health of the Chesapeake Bay. The Bay’s trophy rockfish are struggling to find oxygen as the water gets hotter. Species like soft shelled clams and eelgrass are being stressed by warmer waters that eventually could eliminate them from the Chesapeake Bay. Sea-level rise is threatening coastal marshes and low-lying lands like Tangier Island.

“The air pollution reductions we would get from the CPP would go a long way to improving the health of people living in the Bay Region — including children, the elderly, and the poor – as well as meeting the nitrogen limit set in the Chesapeake Bay Clean Water Blueprint.

“Climate change is not a future threat for the Chesapeake Bay. We are already experiencing impacts that will harm the communities and economies that depend on clean water and make finishing the job of saving the Bay all that much harder. It is time to charge forward, not retreat.”

On Thursday, January 9, the Maryland Department of Natural Resources (DNR) will hold a public

Call it confirmation of what us Bay-dwellers have always known: When it comes to seasoning 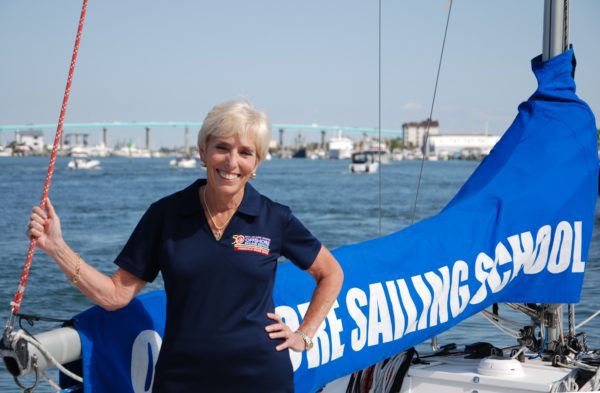 Md. Native, Boat Designer to be Inducted into Sailing Hall of Fame

Doris Colgate, the president and co-owner of the Offshore Sailing School who hails from Maryland,