On June 1, anglers will take to the water near the Bay Bridge for the third Annual Casey Cares Rockfish Tournament, which supports programs for critically ill children and their families.

Houston Pirrung celebrating a catch with his mother and sister during the 2017 Annual Casey Cares Rockfish Tournament.

The Casey Cares Foundation is a Baltimore-based organization that provides the families of kids facing serious health challenges with a variety of unique programs, experiences, and opportunities throughout the child’s treatment.

On tournament day, the Foundation will welcome participating boats and several Casey Cares families to the Bay Bridge Marina for fishing and fun on the Bay. Following the tournament, the celebration will continue at the Inn at Chesapeake Bay Beach Club on Kent Island. At the Captain’s Party, participants and guests can enjoy music, dancing, and food including the rockfish caught that day, which the chefs at the Inn will prepare.

Leading up to the tournament, boats will compete to raise funds in the Captain’s Challenge. Any boat that raises $10,000 or more will fish for free in the 2019 tournament.

Amy Rosewater, Communications Director for Casey Cares, says that the rockfish tournament is a special experience for everyone who participates. “It’s a casual way to do something good. You’re on the water and enjoying the Chesapeake Bay for a great cause.”

During last year’s tournament, Captain Jeff Eichler had the pleasure of meeting six-year-old leukemia survivor Houston Pirrung of Laurel, MD. Houston, who is currently in remission, and Eichler, a cancer survivor himself, reportedly made quite the pair on the captain’s charter boat Southpaw.

Eichler says a young man like Houston puts things into perspective. It “gives you hope,” he says. “He’s a fighter.” Houston’s mother and sister Charlee were able to join in the fun. “It’s nice to give a little relief and escape for his whole family,” says Eichler.

Houston’s mother Sara Blassingame says the outing was something she normally wouldn’t have been able to plan for her son. She enjoyed meeting and becoming friends with other Casey Cares families who participated in the tournament. From hooking the worms to later tasting and enjoying the rockfish he had caught (which was a surprise, as he was a picky eater due to his medications), Blassingame says Houston’s first time on a boat was an incredible experience. “He had so much fun, and the look on his face was amazing.”

To learn more about Casey Cares and the tournament, click here. 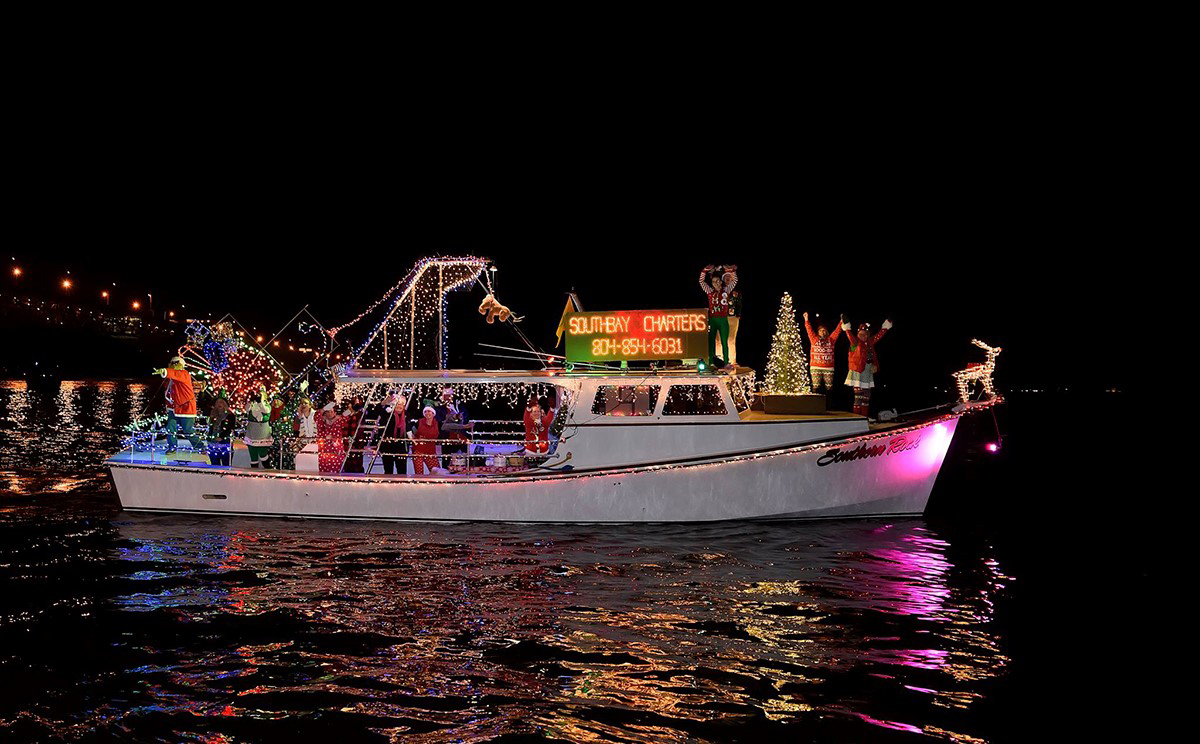 After 2020 brought cancellations of so many treasured holiday traditions, all the lighted boat parades