I raised the flaps of my F-14 fighter jet and pushed the throttle forward as I roared down the runway of Marine Corps Air Station Miramar in southern California, my twin turbofan engines thrusting me upward into the sky. Within seconds I was streaking over nearby San Diego Bay.

As the sunlight dappled the Pacific Ocean, I heard the dulcet tones of my flight instructor, Daniel Dickey, as he urged me to fly under the bay’s Coronado Bridge. Under? Well, here goes. I raced towards the bridge, but misjudged my altitude. Splash! Unperturbed, Dickey said, “That’s okay. Let’s try again.”

Fortunately, I wasn’t flying a real F-14 but “soaring” above the ground in a retired F-14 flight simulator at the Patuxent River Naval Air Museum in Lexington Park, Md. The museum is adjacent to the main entrance of Naval Air Station Patuxent River, the airfield that has been training U.S. Navy and Marine pilots—and more than a few future astronauts—since 1943.

Naval Air Station Patuxent River (locally known as Pax River) was dedicated on April 1, 1943 by Rear Admiral John S. McCain, the grandfather of future U.S. Senator John McCain III, who called it “the most needed station in the Navy.” Originally called Jarboesville, the area was renamed Lexington Park in 1942, honoring the aircraft carrier U.S.S. Lexington, which was destroyed in the Battle of the Coral Sea.

Over the years, NAS Patuxent River became the home of the United States Naval Test Pilot School and the Weapons Systems Test Division. The jets roaring overhead on training missions today reveal that the museum isn’t a mere static display reminiscing about a bygone era, but a dynamic connection to today’s armed forces.

The 2 ½-acre Patuxent Naval  Air Museum opened in 1978. It sprawls throughout three hangar-sized structures as well as the outdoor Flight Line, where another two dozen aircraft are on display.

The modern gray building on Three Notch Road, with a striking wing-shaped roof that appears ready for take-off, is the Test and Evaluation Hall. Opened in 2016, it houses several aircraft including a T-38 Talon supersonic trainer, an X-35C demonstrator aircraft that helped Lockheed Martin win the prize of developing the F-35 Joint Strike Fighter. The runner-up in that battle, Boeing’s X-32B, is displayed outside. Also on view is a restored cockpit from a Soviet MiG-21 fighter jet that was recovered from a scrap heap in East Germany.

In a gallery highlighting naval aviation in space, Patuxent River-trained astronaut Jim Lovell (perhaps best known as the commander of the ill-fated Apollo 13 mission, and portrayed by Tom Hanks in the film of the same name) reminisces via video about the space program. A lunar rock that he personally donated to the museum is also on display.

Because Pax River also hosts the Navy’s Propulsion System Evaluation Facility, dozens of aircraft engines are on display here. Inspired by all that horsepower, visitors can climb into the cockpit of an F-14 Mach Combat simulator, as I did, to try their hand at rocketing into the sky. Although the adjacent exhibits include a collection of aircrew ejection seats, fortunately for my fumbling time in the cockpit, the simulator is not so equipped.

Outside, the Flight Line holds two dozen U.S. Navy and Marine Corps aircraft that appear poised for takeoff. When compared to most airplane museums, this collection is unique due to Pax River’s role as a testing facility. Many of the planes on view are one-of-a-kind prototypes or aircraft that filled a specific role in the testing process.

For example, the 1964 North American T-39D Sabreliner is a civilian plane based on the F-86 Sabre jet fighter that saw action in Korea. This is a one-of-a-kind version; its nose was outfitted with F/A-18 Hornet gear to support radar development of the advanced fighter at Patuxent River.

Other unusual planes include a Northrup Grumman C-2A Greyhound cargo plane that operated on aircraft carriers (hence the foldable wings, which allowed it to be stored in confined quarters); a Grumman E-2B Hawkeye airborne early warning aircraft with a large radar dome perched on top; and a Northrup Grumman EA-6B Prowler that saw action in the 1986 bombing of Libya and the 1996 Bosnian campaign before settling in as a test aircraft at Pax River in 2004. The newest addition to the group is an F/A-18B jet that was a member of the iconic Blue Angels aerobatic team.

Birders who are used to focusing their binoculars on the osprey that build their large nests in the Chesapeake Bay’s tidal waters may be confused by an osprey of another kind: the Bell-Boeing MV-22B Osprey Test Aircraft No. 8 that spent two decades as a test aircraft at NAS Patuxent River. Much like its avian namesake, the unique tilt-rotor aircraft can take off and land vertically like a helicopter and fly horizontally like an airplane.

Back in the cockpit of the stimulator after my splashdown, Mark, a student volunteer, adjusted the software so I was flying a more sedate World War II-era P-51 Mustang. The propellor-driven aircraft was easier to handle than the F-15 jet and I made a successful landing back at Miramar. “Not bad,” Flight Instructor Dickey assured me. “Now you’ll have bragging rights with your friends.”

As I left the museum, I looked skyward to see the next cohort of flyers whizzing overhead in the blazing August sun, continuing the aerobatic display that has gone on at Patuxent River since the pilots of the Greatest Generation first revved up their engines here and roared into the great beyond over the Chesapeake Bay.

Michael Milne is the author of the Roadster Guide to America’s Classic Car Museums & Attractions. 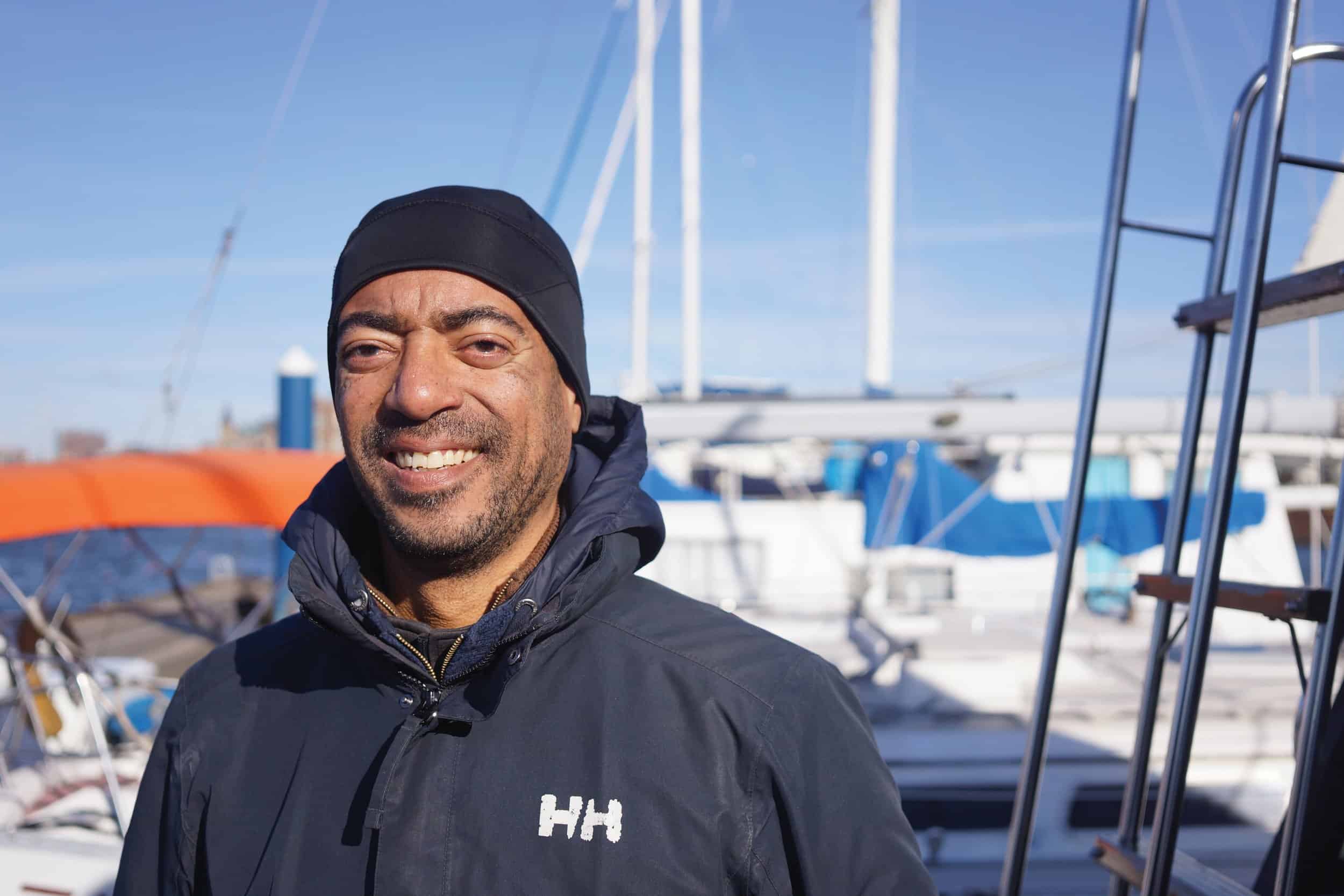 Flying the Red, Black, and Green