Huffington Post has released a list of the 18 Best Upscale Hideaways in the Northeast USA for 2017, and not one, not two, but four inns along the Chesapeake Bay are being recognized.

Malerie Yolen-Cohen, the publisher for GetawayMavens.com, created the ranking of 18 “hideaways” from Maryland to Maine, “for discerning travelers who want to avoid busy, crowded places.”

The top-ranked inn around the Bay region is the Inn at Haven Harbour in Rock Hall, coming in at #12. It’s located onsite at Haven Harbour Marina, and Yolen-Cohen writes, “The Inn itself sits about a block away from the Marina, on a main road, and backs up to a cove where guests can just grab a kayak or SUP from the dock and go forth into the water, no paperwork involved. Run more like a guest house than an inn (in this case with no innkeeper on premises, you get your key from the marina office), rooms are nevertheless upscale, bright, nautical, and spacious, some with balconies overlooking the Inn’s dock and marina beyond.”

Dottie Wetmore, the Inn’s Manager and CFO of Haven Harbour Marina, says that she
and her colleagues are thrilled about this recognition. “It’s a testament to our extremely
talented team, and we’re delighted that HuffPost considers the Inn at Haven Harbour
one of the premier luxury hideaways in the Northeastern U.S.”

At #15, the Whitehaven Hotel on the Wicomico River is described as a “remote, charming, river-set historic inn” dating back to 1810, with eight rooms described as “upscale but not opulent.”

#16 on the list is Inn at the Canal in Chesapeake City, Maryland, built by a boatman on the C&D Canal. Says Yolen-Cohen, “It is a gracious and delicious place to bed down in picturesque Chesapeake City,” and notes that the owner, Bob Roethke, is a Culinary Institute of America graduate, making the full gourmet breakfast “a treat.”

At #17, we find the Vandiver Inn in Havre de Grace. Its 18 rooms are spread over four houses in the town, built by business tycoon Murray Vandiver. Yolen-Cohen writes, “Much of the main house remains just as it was in the 1800’s – sporting original claw-foot tubs, carved fireplaces, and an eclectic mix of Victoriana, 20’s mirrored surfaces, and Art Deco delights. Rooms are delightful, and eclectically styled, with additional fireplaces and deeply hued walls, antiques, and large wall mounted TV’s.”

From the rankings,  it’s clear that for East Coast vacationers looking for an escape within driving (or boating) distance, the Chesapeake Bay is an unbeatable destination for luxury digs with a water view. 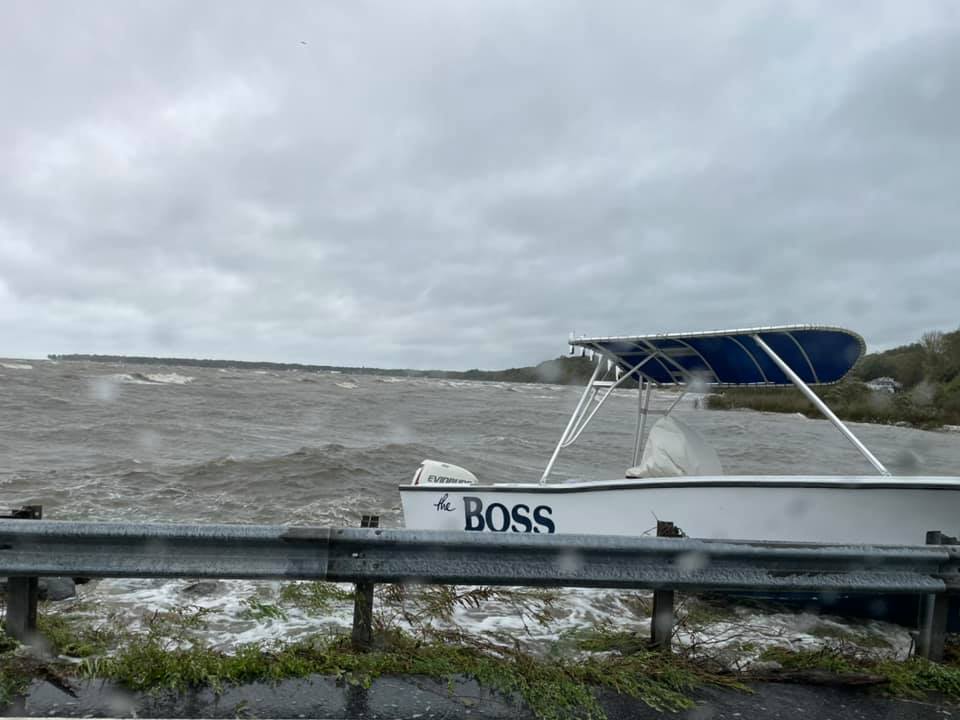 More Than a Dozen Boats Adrift or Damaged During Flood Event

The project to build a brand new Maryland Dove replica is moving full speed ahead.

Wild Chesapeake: What New Rockfish Limits Could Look Like