Making the most of the upper Patuxent River

Only ten miles east of the Capital Beltway’s outer loop, you will find public lands and launch ramps along the Patuxent River to take you back to the nineteenth century, the early seventeenth century, and even the Archaic period, when Indians hunted, trapped, and fished these woods and waters as rising sea levels formed the Chesapeake’s sprawling complex of navigable rivers. This river has educated, inspired, and delighted me for almost five decades as I have shared them throughout the seasons with students, teachers, and friends aboard a Chesapeake Bay Foundation canoe fleet and First Light, my trusty 17-foot Boston Whaler.

Here, the river remains largely rural with broad marshes and old-growth forests preserved from development by Prince George’s, Anne Arundel, and Calvert Counties, especially around Jug Bay, just below the Route 4 bridge. The river here is tidal fresh, which may sound like an oxymoron, but every river in the Chesapeake has a section where freshwater flowing from its watershed pushes saltwater downstream past the head of navigation. Depending on watershed size and rainfall, the length of this section can be as short as a quarter-mile or as long as thirty miles. On the Patuxent, the average is about fifteen miles.

This section of Maryland’s longest river is ideal for exploring creeks like the Mattaponi by canoe or kayak. I also love to travel a bit faster in my skiff to see how the river evolves from its narrow upper tidal reaches down through Jug Bay to Nottingham, Lower Marlboro, and the marshes opposite Magruder’s Ferry. We can thank Prince George’s County’s Patuxent River Park, Anne Arundel County’s Jug Bay Wetlands Sanctuary, and Calvert County’s King’s Landing Park for providing great access to the river.

My favorite point of view for exploring the Patuxent is through “environmental history,” thinking about how the river ecosystem and humans have blended over time. Marsh plants are largely seed-bearing annuals like wild rice, tearthumb, and tickseed sunflower interspersed with perennials such as cattails. They attract migratory waterfowl—black ducks, Canada geese, tundra swans… The waters teem with white perch, channel and blue catfish, and largemouth bass. The fish draw great blue herons, ospreys, and bald eagles. The marshes and wooded swamps attract muskrats, beavers, and river otters.

For Native People, this part of the river offered fresh water to drink; fish to catch; waterfowl, fur-bearers, and edible plants in the marshes; and woodlands to hunt deer and turkeys. For Late Woodland people, 500 years before Captain John Smith and his crew came up the Patuxent in the summer of 1608, the river also offered fertile riverside soils for raising corn, beans, and squash. The high banks on the outsides of the channel’s deep meandering turns provided lookout points to watch who was going up and down the river. It is no accident that Captain Smith mapped a dozen Indian towns in this section of the river.

One of my favorite on-the-water exploration and observation activities is “The Homeplace Game” of figuring out where the villages were located. This requires us to put aside our smartphones and think about what we would have needed to live along the river—fresh water for cooking, landings for canoes, woodlands for hunting, good farming soil, fishing holes, and healthy, diverse marshes. It’s not difficult to see how valuable the river was to the Native Americans.

Smith and his crew spent only a couple of days in the Patuxent. They visited the Pawtuxunt chief in his king’s house at the head of today’s Battle Creek, then came up as far as the mouth of  Mattaponi Creek and mapped the last village as Quactataugh on the bluff at the mouth of Lyons Creek, which is now the county line between Anne Arundel and Calvert. On the Prince George’s side, he mapped Mattapanient on high land at the base of a huge marsh between Mattaponi Creek on its upriver side and Deep Turn on its downriver corner. Today, it’s the Merkle Wildlife Management Area. Above Mattaponi Creek, the map dissolves into a perfunctory scribble that probably indicates general information the Quactataugh people provided.

The map Smith published on his return to England changed the Chesapeake forever. After settling the Maryland colony in 1634, the English spread up the rivers and displaced the native people. They found the soils well-suited to growing tobacco and vegetables. Over the seventeenth century, the colonists settled along the Patuxent and shipped tobacco to England from farm wharves.

Late in that century, the Crown established towns “for improvement of trade.” Two were Nottingham, a couple of miles downriver from Mattapanient on the west (Prince George’s County) bank and Lower Marlboro, on the east (Calvert County) bank. Both lie on meanders, at the former sites of Wasemeus and Tauskus. From the river, it’s easy to imagine these quiet riverside villages and their busy 18th century wharves, warehouses, and taverns. Nottingham’s rolling road is still there, worn three feet below the level of the surrounding land and shaded by very old trees. Now paved, it was the dirt lane down which farmers drove oxen pulling tobacco casks.

In 1814, the British Navy sent a flotilla up the Patuxent to attack Washington. The troops landed on the west shore at Benedict and marched upriver, stopping overnight at Nottingham. The American defense was the Patuxent Flotilla, eighteen shallow-draft barges of 40-feet or so with sails, banks of oars, and bow-mounted cannons. Commander Joshua Barney, a hero of the Revolution, came out of retirement to harry them. He spent the summer dogging the British in their progress upriver. The Brits drove him to Nottingham where he established headquarters for a short time, and then up to Pig Point, above the Route 4 bridge, where he scuttled the barges to prevent the enemy from going further. Underwater archaeologists tell us that one of the barges lies beneath a piling of the bridge.

The river has changed course, but Pig Point is readily accessible by skiff or kayak. In 1814, the main channel turned into the creek today named Back Channel, with a broad meandering marsh to the east. The channel now runs around the east side of the marsh, though Back Channel and is open for a half-a-mile or so. It’s full of underwater grass, a good place to fish. On your visit, just visualize Barney’s fleet aflame at Pig Point. This is right where everything happened.

Steamboats, Farms, and a Railroad

After the war, the Patuxent corridor settled back into farming and fishing the springtime spawning runs of American shad, river herring, and rockfish, and the river was the highway for another century. Steamboats made regular runs for passengers and freight from Light Street in Baltimore to wharves as far up as Bristol, just below Route 4, while schooners and bugeyes hauled produce up the Bay. The Civil War and the Industrial Revolution bypassed this part of the Patuxent.

What didn’t bypass the river was intensive tobacco culture and poor soil conservation practices in its upper watershed. By the turn of the twentieth century, the river was shoaling badly at Bristol. Attempts to dredge the channel were unsuccessful and the steamboat companies abandoned the landing, though they continued to use the Lyons Creek wharf.

At the turn of the century, Washington businesspeople built a railroad east to the Bayshore at Chesapeake Beach to carry vacationers and commercial traffic. It crossed the Patuxent between Bristol and Jug Bay on a turnstile bridge and a tall dike across the marsh on the Anne Arundel side. The railroad and Southern Maryland’s growing network of roadways gradually replaced the Patuxent’s commercial traffic, turning Nottingham and Bristol into sleepy backwater communities. Commercial fishing and waterfowl hunting continued, though increasing siltation and sewage pollution from the river’s headwaters in the busy Baltimore-Washington Corridor damaged water quality and wildlife habitat through the 1940s, ‘50s, and ‘60s.

The late 1960s brought a new era for the upper Patuxent. The Maryland National Capital Park and Planning Commission bought land along the river to establish a linear park. Anne Arundel and Calvert Counties joined the effort with the Jug Bay Wetlands Sanctuary and King’s Landing County Park. In 2004, Fred Tutman became the Patuxent’s Riverkeeper. Working from headquarters in Nottingham, he and his team have been powerful advocates for restoring and protecting the river.

Today and every day, the Patuxent offers an extraordinary green corridor with a half-millennium of history. Add this to your Chesapeake bucket list.

CBM Editor at Large John Page Williams is a fishing guide, educator, author, and naturalist, saving the Bay since 1973. In 2013, at the urging of CBM’s current editor-in-chief, the state of Maryland proclaimed Williams to be an Admiral of the Bay. 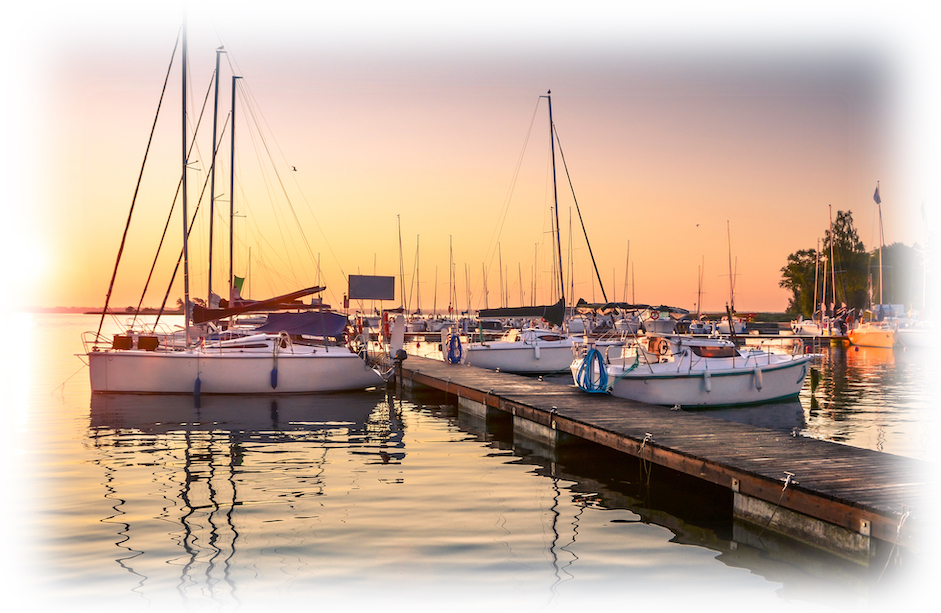 Every October, hordes descend on Annapolis to look at boats. I may join the crowd

By John Page Williams A bunch of years ago, when I was running school field