Old Town Retrievers is a one-stop shop for hunters and dog lovers.

Operated by Ryan and Whitney Sayers near Eastville, Virginia, this family business trains retrievers as hunting dogs, field trial and hunt test competitors but also offers boarding and basic obedience training for other breeds. Located on a large farm surrounded by two ponds, flooded timber and large fields, Old Town Retrievers is barely more than a stone’s throw from a creek that feeds into the Chesapeake Bay. As a complement to their retriever training business, they also provide a range of hunter’s gear, from hand-turned, custom duck calls to a clothing line with waterfowl themes.

Children often follow their fathers into the family business, but Ryan Sayers first started training retrievers because his sons needed dogs to fetch the ducks they downed from the creek and ponds near their house. A family business was thus born. “I did not grow up hunting and had never been duck hunting until about six years ago,” says Sayers, now 44. “But my two sons love to hunt and said they needed a dog because they were losing ducks shot over water.”

Finding that he enjoyed training his own dogs, Sayers and his wife, Whitney, started Old Town Retrievers four years ago. Today his sons never worry about losing ducks, and their reputation has grown. Customers from all over the country have come to purchase puppies or fully trained dogs ready to hunt. At any given time, there may be a dozen or more dogs at the place—mostly Labrador retrievers, but also Boykin spaniels, Chesapeake retrievers and even a pair of Chihuahuas. “There are almost no limits to what a dog can do,” says Sayers. “You can’t change the basic nature of a dog, but you can train one to do almost anything.”

Whitney recalls two years ago when a client brought them a chocolate Lab who had some major issues to overcome. David Boothe, the owner, recalls the transformation of his dog as nothing short of a miracle. “Our dog Nathan fell off the dock his first day home at eight weeks old and became scared of the water,” Boothe remembers. “Then he comes behind me one day when we were shooting skeet, and his first experience with a gun was an Ithaca 10 gauge (a.k.a. arm cannon) shot right next to him. He became terrified of guns.” After working with Boothe’s dog to build up confidence in marking, swimming, and retrieving, finally they were able to get him comfortable with heeling while guns were fired nearby. “These folks are the best … plain and simple.”

Sayers remembers working with the troubled Lab. “It took some work,” he says, “but the first time he picked up a duck it was like Christmas around here. We were celebrating big time.”

Another client, Parke Atkinson, commented, “We took our dog, Nell, to Ryan and Whitney for obedience and gun dog training. Enough good things can’t be said for this couple and the operation they run.” Parke was impressed by the individual care for each dog and the rigorous training system of Old Town Retrievers, especially in such a remote location. “The Eastern Shore of Virginia is extremely fortunate to have organically grown and operated small businesses such as this hidden in the back roads of Northampton County. I recommend them to anyone who wants a quality experience for their pets and hunting partners.”

Dogs trained by the Sayers have also performed well at field trials. Dogs shown by Ryan and Whitney have achieved master, senior or junior AKC hunter status. Their dogs have amassed so many ribbons they are now packed away due to lack of space.

The Sayers are not content to stop at excellent retriever training, and have expanded their business to include custom-made decoy calls and outdoor apparel. The calls reflect the skill of the Sayers’ children in calling. All three, Gavin-19, Landen-16, and daughter Peyton-12, have won ribbons at calling contests.

Last year, the Sayers’ offerings expanded with an apparel company called “Fetch” embellished with a logo cleverly showing the “e” as a webbed foot. “Fetch is a word we use every day,” says Whitney Sayers. “We have been very pleased with the response. We offer shirts, sweatshirts, hats and tumblers,” adds Whitney, who designed the Fetch website—ShopFetchLife.com.

However, the core of Old Town retrievers remains breeding and training dogs. Ryan and Whitney Sayers work as a team. She works with the puppies and takes them to the junior level, turning them over to Ryan as they mature.

The price of puppies at Old Town Retrievers differs from litter to litter. “It’s all about the bloodlines, the health clearances and several other factors,” says Ryan Sayers. “These dogs have been bred to perform in the field or at a show.” Of course, hunters who want a dog trained and ready to hunt are willing to pay considerably more for a young dog that has been tested under all conditions. “Some owners want a turn-key job, a dog that is ready on day-one,” says Sayers. 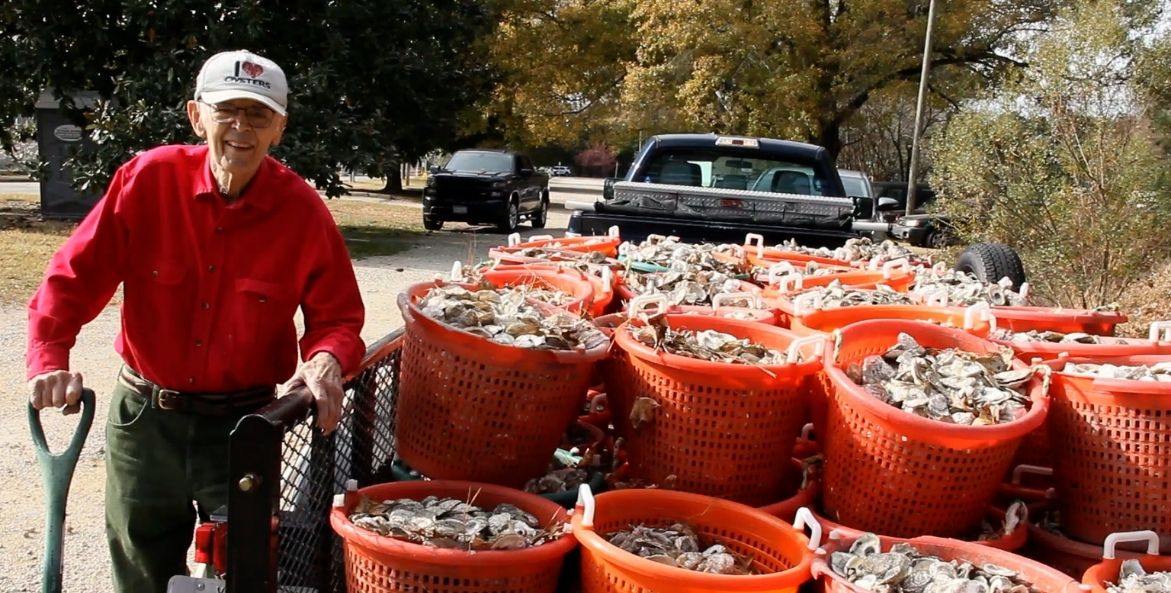