What Makes It Unique

The Hampton River leads right to the city’s doorstep, so coming in by boat is a snap. Hampton has several excellent marinas and one of the friendliest yacht clubs around. It’s also easy to walk around the historic downtown, home to one-of-a-kind restaurants and unusual shops, an excellent air-and-space museum and a gorgeous carousel from the 1920s (temporarily closed for repairs but available for viewing by special appointment). Across the U.S. 60 bridge, you’ll find Hampton University’s wonderful museum. A little farther afield is Old Point Comfort, the first place that English Colonists stepped foot after sailing over in 1607. Fort Monroe National Monument is a national historic site unlike any other, with the historic fort plus restaurants, a brewery and beaches on the surrounding acreage.

Hampton lies at the entrance to Hampton Roads, which is one of the principal reasons it has played such an important role in our nation’s history—first as a stop for early English settlers who were worried about attacks from the Spanish, then as a strategic toehold for the Union during the Civil War. That means it’s easy to reach, especially by boat.

Once you reach Hampton Roads, one of the world’s best natural harbors, pass by the watchful shadow of Fort Monroe to find the entrance to the Hampton River, right where the Hampton Roads Tunnel makes its dive underwater. From Hampton Roads, the channel is well marked; just be aware of the shoal that sits just offshore of the entrance and follow the markers. As you come upriver, you’ll find Bluewater Yachting Center along the junction with Sunset Creek, followed by Hampton Yacht Club, both to port, while handsome Hampton University lies along the starboard shore. With the U.S. 60 bridge ahead, you’ll find Customs House Marina and then Hampton Public Piers to port and a small anchorage to starboard.

If you are coming down from anywhere to the north, from Richmond to Baltimore, you’ll leave I-95 (or I-295) at I-64 for the drive down to Newport News and then Hampton. Take exit 265C/Rip Rap Rd., then take N. Armistead Ave. to Settlers Landing Rd. and follow it east to the harbor.

Bluewater Yachting Center lies one mile upriver, at the intersection of Sunset Creek. This lovely marina has a friendly and efficient staff, extensive boat repair services and boat sales, and great amenities including floating docks, ship’s store and parts, swimming pool and an outlet of the popular Surfrider Restaurant group. The marina also runs a water taxi into town. Just upriver lie the docks of Hampton Yacht Club. They offer space-available transient dockage for reciprocal members of Yachting Club of America clubs, and organize a well-known annual series of races and regattas.

What Customs House Marina lacks in size and amenities, it makes up with its location, right by the carousel and the Virginia Air & Space Science Center. It can accommodate vessels from 20 to 50 feet and the slips are easy to get in and out of, though mind the current—it’s not particularly strong, but can provide a mild surprise to the unwary.

The same is true of the city marina, The Docks at Downtown Hampton (formerly known as Hampton Public Piers). Located just before the U.S. 60 bridge, it was the first marina in the state to receive Virginia Clean Marina certification. It has nice floating docks along the bulkhead, with shower and restroom facilities located just up the ramp. The docks connect under the bridge to Mill Point Park, a good spot for dog-walking and launching a kayak. You’re right by Bull Island Brewery and steps away from Hampton’s historic district.

The Landing at Hampton Marina, part of Hilton’s Tapestry Collection, is located right on the waterfront, steps from the Carousel and the Virginia Air & Space Center. It’s newly renovated, and the rooftop pool can get lively or loud on weekends, depending on how you feel about DJs.

Magnolia House Inn is a circa-1885 Victorian B&B with three period guest rooms, located about half a mile from the downtown docks. If you check in and are feeling romantic, you’re in luck: there’s an onsite wedding chapel.

If you want to launch your boat directly onto the Hampton River, head to the Sunset Creek Boat Ramp, just upstream from Bluewater Yachting. North of town is the Back River, which has two ramps: Gosnold’s Hope Park’s ramps are on the southwest branch, and Fox Hill Boat Ramp is at Dandy Point near the Grandview Nature Preserve. From there, you’ll need to come out Back River and turn south to enter Hampton Roads and then Hampton River, about a 10- to 15-mile trip.

Launch a kayak or other paddle craft from Mill Point Park, just under the U.S. 60 bridge, or a bit farther upriver at the River Street Park Canoe and Kayak Launch. The Hampton River, with its tiny tributaries, is a perfectly lovely and protected bit of water to paddle.

The Miss Hampton II ended her long run last year, when the boat was sold to a company in Lewes, Del. But there’s a sleek new boat in town, the Hampton Queen, that will be offering two-hour narrated cruises starting in summer 2022, heading down the Hampton River and into Hampton Roads to see Fort Monroe and its sister fort, Fort Wool.

Enjoy the old town’s fascinating architecture, particularly Queens Way from Mill Point Park abutting the river to old St. John’s Episcopal Church. Here, along this quiet, centuries-old street, you find the heart of old Hampton. Wander through St. John’s grounds, particularly its old cemetery. The parish of St. John’s was established in 1610 (though the location here dates only from 1728) and is the oldest English-speaking parish in continuous use in the U.S.

The Virginia Air & Space Science Center is a must. The all-glass building is striking, whether you are outside looking in or vice versa. Inside, you’ll find early aircraft from a replica Wright Flyer to the F-10c Starfighter, spacecraft including the Apollo 12 Command Module, and an IMAX theater. Here too you’ll find the welcome center for the NASA Langley Research Center. If you have kids in tow, check out the new interactive Space Explorer Gallery.

Between the Air & Space Center and the downtown marinas is the Hampton Carousel, a beautifully detailed carousel built in 1920. The carousel is temporarily closed for repair, but don’t dismay: it’s part of the Hampton History Museum, which is still a must-see for its permanent exhibit documenting the arrival of the first enslaved Africans, who were captured from a Spanish slave ship and brought to Point Comfort in 1619 aboard the English privateer ship White Lion.

Take a walk (or drive) across the U.S. 60 bridge and into the beautiful, broad grounds of Hampton University, founded after the Civil War as a school for the area’s formerly enslaved people. Visit the Emancipation Oak, which provided shade for those first lessons in 1861, and tour the Hampton University Museum. Founded in 1868, it is Virginia’s oldest museum and contains an extraordinary collection of works from African American artists.

Whether you take your boat, your dinghy or your car, don’t miss Fort Monroe, the largest stone fort ever built in the U.S. and a key defensive site for the Bay for centuries. See where young Robert E. Lee helped in planning the fort’s construction, where Confederate President Jefferson Davis was briefly imprisoned after the war, and learn about the enslaved men who sought sanctuary and won freedom at “Freedom’s Fortress.” But it’s not all history. Just outside the monument itself, you can hit the beach, sample some great beer at Oozlefinch Beers and Blending, and eat The Deadrise at Old Point Comfort Marina. The restaurant offers free dockage for diners, and the marina offers slip rentals accommodating boats up to 50′. It’s currently undergoing a major renovation, with plans for new docks and a new hotel coming soon.

Marker 20 is a Hampton staple, with a big covered deck and live bands on weekends. Virginia is well-known for great craft brewing. Beer lovers can pub crawl from Bull Island Brewing Company by the public docks to The Vanguard Brewpub and Distillery, located in the circa-1936 former armory, then taxi it over to the Phoebus neighborhood for 1865 Brewing Company and Sly Clyde Ciderworks.

Deadrise at Old Point Comfort is tops for its fresh local fish and produce, not to mention the marina setting. Local Wicomico River oysters and steamed seafood platters are on the menu at their sister restaurant, Fuller’s Raw Bar, set in the hip Phoebus neighborhood. (If you’re craving Mexican, El Diablo Loco Cantina is there too.) Surf Rider is a family-run Virginia staple, with a few locations around the area including one at Bluewater. You can’t go wrong with their beachy menu of seafood po’ boys and fish sandwiches, fried seafood baskets and tacos.

Stop in for a Reuben sandwich at Goody’s Deli & Pub, an absolute Hampton mainstay, and stay for a round of pool. Venture Kitchen & Bar has great brick-oven pizza and an ever-changing menu of small plates (literally; they change it every week, depending on chef’s creative whims and what’s fresh). Brown Chicken Brown Cow has a great name, but they also have great burgers, cold beer and a dog-friendly patio. The Grey Goose isn’t about vodka, it’s about a twist on tasty southern food with dishes like pimento cheese dip and country ham biscuits. 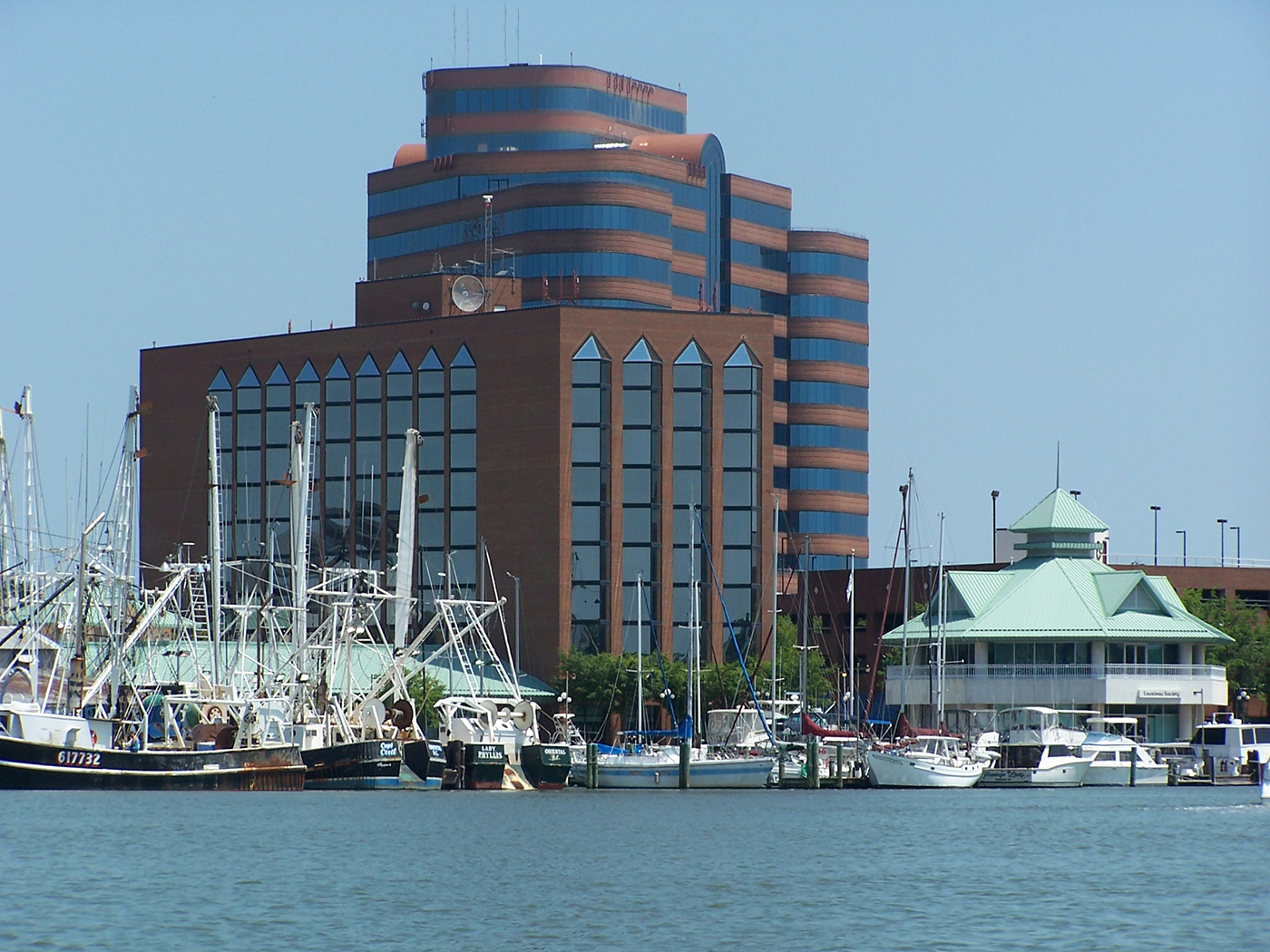 See the sea and climb aboard for adventure in Hampton, VA. We’re home to a

Centreville, Maryland: Much More than Middlin’ 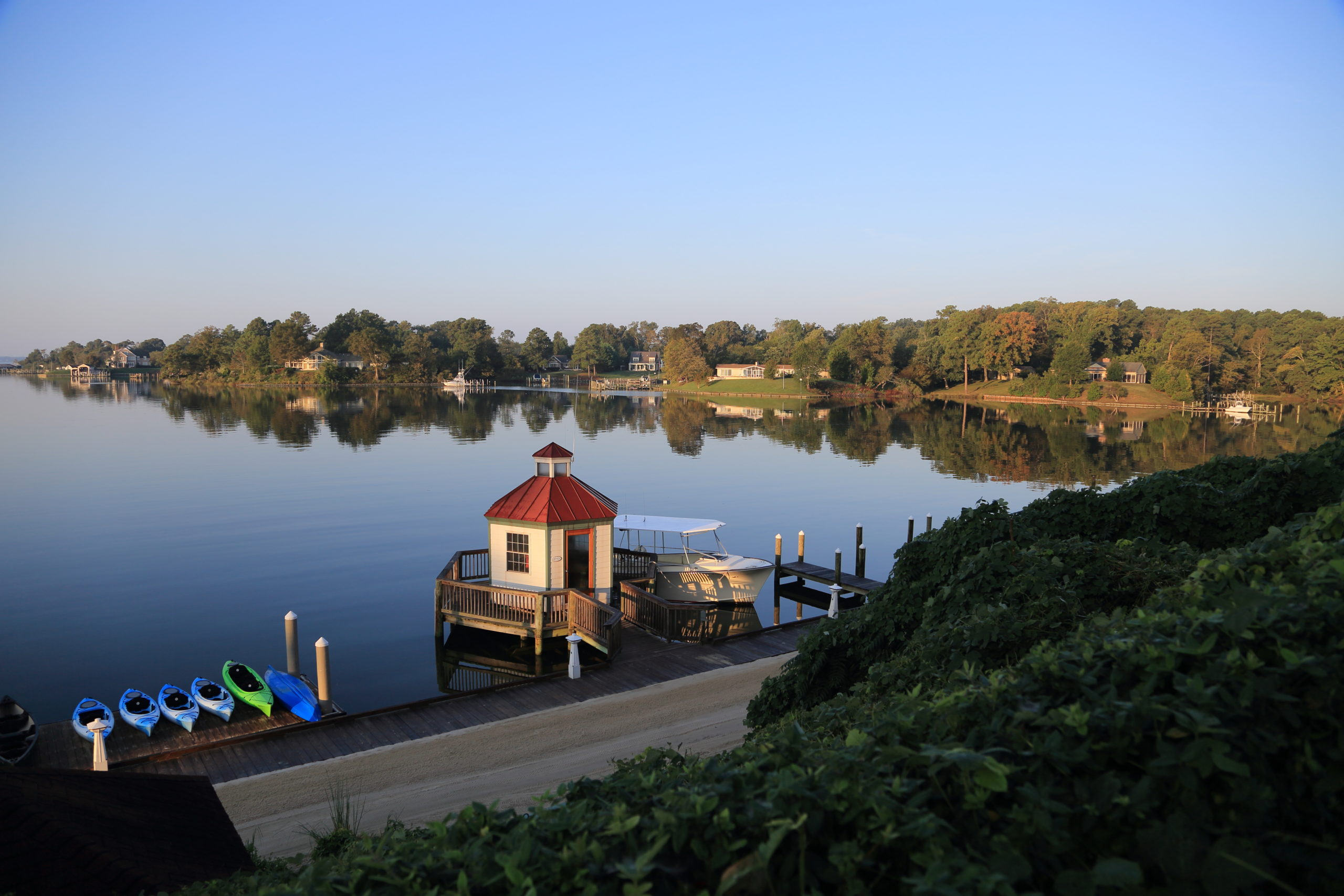