Herschel Johnson is remembered by his community as “a library of knowledge” and an  advocate for Dorchester County, Md.’s history and heritage. Equal to his dedication to the county’s past was his commitment to its present. Johnson passed at age 81 on Nov. 9, after an illness.

Mr. Johnson played a key role in preserving Dorchester County’s Black history, from Harriet Tubman’s family life to a circa-1850s school and church. He also made history himself, as the first African American to hold the position of Postmaster of Federalsburg, Md. His collection of African American heritage stamps numbered over 200.

He was a consultant to archaeologists who worked at the historic Bayly house on High Street in Cambridge and the Blackwater Refuge site believed to be the home of Harriet Tubman’s father. He worked with efforts to restore Malone and Bazzel churches, both with ties to Tubman’s story. Mr. Johnson was also a member of the Harriet Tubman Museum and Educational Center on Race Street in Cambridge. Bill Jarmon, a founder of the Museum and colleague of Johnson, smiled as he recalled his friend’s time as treasurer of many organizations. “Everybody trusted him to be treasurer. He would not spend money unless it was absolutely necessary.”

Mr. Johnson also served as President of the Stanley Institute, one of Maryland’s oldest schools to be maintained by a Black community.  According to Jarmon, “the Stanley Institute was his baby.”  He spent years on the restoration of the one-room school that served the community from 1867 until 1962 and represents the determination of African Americans to seek an education.

The historic school, which still has some of its original blackboards, reports, and documents, served both as a church and school until Rock Methodist Episcopal Church was built across the street. Named for Rev. Ezekiel Stanley, the school is Number 6 on the Harriet Tubman Underground Railroad Byway. In October 1857, five enslaved families numbering over 40 people, including 20 children, escaped from nearby farms. “The Stampede of Slaves”, as it was called by national newspapers, ended in triumph and sadness. Although many found freedom, others had to be left behind.

Recently Mr. Johnson developed a tour for the visiting American Cruise Line. Called “The Quest for Freedom: The Harriet Tubman Legacy”, it took visitors to the Stanley Institute, along with  sites relevant to Tubman’s life. “I spent two days with him on these tours,” Jarmon remembers. “We worked together as a team. I had to do one this week without him. And I thoroughly miss him.”  From the tributes offered to his memory Johnson’s colleagues and community would agree.

Mr. Johnson, a lifelong community leader, also served on the Board of Directors of  the County’s Board of Education, Recreation and Parks, the YMCA and the Dorchester County Historical Society.  A love of sports led him to become a youth coach and referee for boys and girls basketball teams. 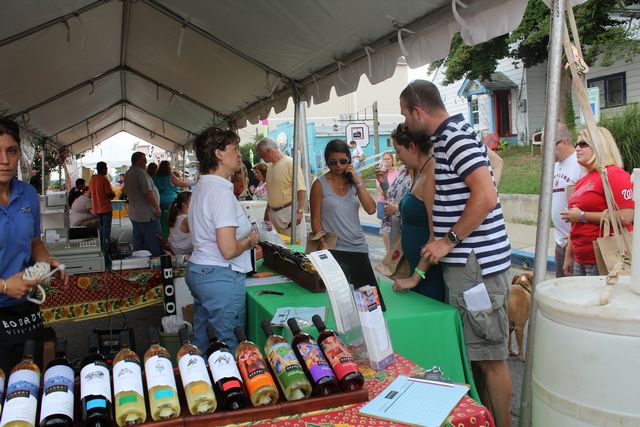 Mad Fish Bar & Grill has been open just over a year, but the Ocean