This is the story of a father and his son, and the Chesapeake Bay town that binds them together.

It’s the story of the Brawner family and how they found haven in the waterways of Rock Hall on Maryland’s Eastern Shore. Haven? Maybe “heaven” is the better word. Still, the marinas the family runs are called Haven Harbour Marina and Haven Harbour South.

In the mid-1980s, William Brawner came upon a dilapidated boatyard in Rock Hall while on a hunting trip. “There was one building and only two of the three docks were usable,” he recalls. “It needed a lot of work.” But that didn’t stop him from envisioning what could become of the place, a new asset for an old town that he had already come to love.

“I remember that day in 1985 when I first visited Rock Hall with my dad,” says James Brawner. “As we entered town, we were greeted by a large sign that read ‘Welcome to Rock Hall, Nice People Live Here.’ My Dad dropped me off at Hick Clark’s realty office on Main Street and told me to take off my shoes so I would fit in with the local kids.”  While young James made fast friends with a few kids in town, William went off with Mr. Hick to visit two marinas—the Sailing Emporium and Haven Harbour.

“At that time, the Sailing Emporium was among the premier yachting facilities on the Chesapeake Bay, while Haven Harbour was a rundown boat yard with dated facilities, three docks in disrepair and only a few feet of water in the marina basin,” James recounts. “My dad was unsuccessful making a bid for the Sailing Emporium, which wasn’t for sale, and so he purchased Haven Harbour. Our family has been in the real estate business for generations, but this was an entirely new challenge.”

The family transformed the old boatyard on Swan Creek into a modern full-service yachting center with 200 slips and grounds that rival any luxurious family-oriented resort. There are two private swimming pools, beach and picnic areas, and complimentary bicycles, kayaks and paddleboards to explore the surroundings by land or sea.

In the area of yacht services, Haven Harbour’s award-winning ABYC, ABBRA and NMEA-certified repair facilities offer a full suite of marine services, including engine service and repair, winterization, carpentry, rigging, electronics, preventative maintenance and more. There are more than 30 highly skilled in-house service technicians with exceptional knowledge and experience, all of whom work with the latest techniques and quality products to ensure that every job is completed as requested and with the utmost care.

In 2017, the Sailing Emporium in Rock Hall Harbor finally came up for sale and the Brawners purchased it to transform it into the sister facility, Haven Harbour South. “We recently completed the first phase of redevelopment at Haven Harbour South, which included $5 million in renovation and construction of new buildings,” James reports. “We’re now in the process of starting our second phase to replace all of the existing docks with state-of-the-art IPE floating docks, similar to the docks at Haven Harbour Marina.”

For those who prefer a shoreside bed to a bayside berth, the Inn at Haven Harbour boasts five buildings, 19 well-appointed guest rooms and suites, a full-house rental and all the amenities you’d expect from a premier resort destination. Each of the rooms is unique, offering guests and groups a variety of overnight options. “The Inn has been a tremendous success,” James says. “It was named one of the top 13 luxury hideaways on the East Coast by Huff Post.”

Haven Harbour Marina Resorts is owned and operated by the Brawner Company, a family real estate business founded in the late 1800s.  Founder William Brawner has retired, and now his son James serves as Chairman and CEO of the company. It’s his responsibility to see that Haven Harbour Marina Resorts are the premier yachting destination on the Chesapeake Bay. Marina and resort operations are run by Managing Director Charlie Petosa, along with operations managers Mark Bryden and Greta Sommers. With a staff of more than 50, the resorts are Rock Hall’s largest employer.

“While our resort facilities are top notch, what makes Haven Harbour Marina Resorts unique is our people,” James reflects. “We are incredibly fortunate to have the best employees in the marine industry. Many of them have been with us their entire careers, starting off as dockhands and working their way through the ranks in service and upper management. These folks are an important part of the fabric of what makes Rock Hall so special. They take pride in their work and go the extra mile to do everything they can to exceed our customer’s expectations and provide the most memorable experience possible.”

“In 2009 my wife and I selected Haven Harbour as the best marina in Rock Hall for our boat,” says slipholder Jim Nick. “Since then, Haven Harbour has grown to become the premier, all-inclusive facility it is today because a long-term commitment has clearly been made to invest in its infrastructure. But without a doubt, the best things about Haven Harbour are the friendly and welcoming onsite staff and, importantly, the extremely knowledgeable and capable team of marine technicians and specialists. We have found Haven Harbour to be a one-stop-shop for all our needs and are reasonably certain we couldn’t find a better marina on the Bay.”

Slipholder David Comroe and his wife have kept their boat at Haven Harbour for more than 21 years. “We have always found the staff to be exceptional in their knowledge as well as their commitment to produce a positive outcome,” he says. “We have full confidence in marina management as well as all the techs and office employees.”

James Brawner grew up boating on the waters of the Chesapeake Bay and Martha’s Vineyard.  “In my early childhood, we had an 18-foot Marshall Catboat named Sixpence that we sailed in Martha’s Vineyard in the summer,” he says. “I remember my dad always being worried about my brother and me falling overboard that he often forgot to duck when the boom swung around on a tack or jibe.”

Watching his dad get hit in the head by the boom more than a few times made James pay extra attention in sailing school. After learning to sail on lasers and Sixpence, James got his first boat when he was 10 years old—an aluminum jon boat with a 15hp engine. “With an extra five gallon can of gasoline, I was able to explore most of the tributaries in the northern Chesapeake with just enough gas to get home,” he recalls. He started working as a dockhand at the marina when he was 14 years old.

Today, he has four children—two boys ages seven and nine and two girls ages 12 and 14—who have grown up boating on the Chesapeake since they were infants. “We spend the most of our free time in the summer mingling with our customers and friends at Haven Harbour Marina Resorts and exploring the tributaries of the Chesapeake Bay, each year going further than the last,” he says.

“During the summertime, I get out on the water with my kids and friends just about every weekend,” he says, a rarity for someone so enmeshed in an industry whose goal is to get other people out on the water. “During the pandemic last year, we took full advantage of ‘remote working’ and ‘remote learning’ by extending our weekend boating trips into weekday excursions on the water. My best day on the water starts with paddleboarding on the tranquil waters at the resort, an excursion with my kids to our favorite anchorage and ending the day jet skiing and tubing until my kids are completely worn out.”

Boating history is rich in the Chesapeake Bay and so is the family’s history. The Brawner family was among the first settlers of Port Tobacco, Md. (first called “Chandlers Town”) in 1634, which was one of the oldest English-speaking communities on the East Coast and a major port for ocean-going sailing ships exporting tobacco to the old world.

James and William Brawner (really, the entire Brawner family and staff of Haven Harbour Marina Resorts) are carrying that tradition on into the future for the benefit of their slipholders and the people of Rock Hall, the town they love. 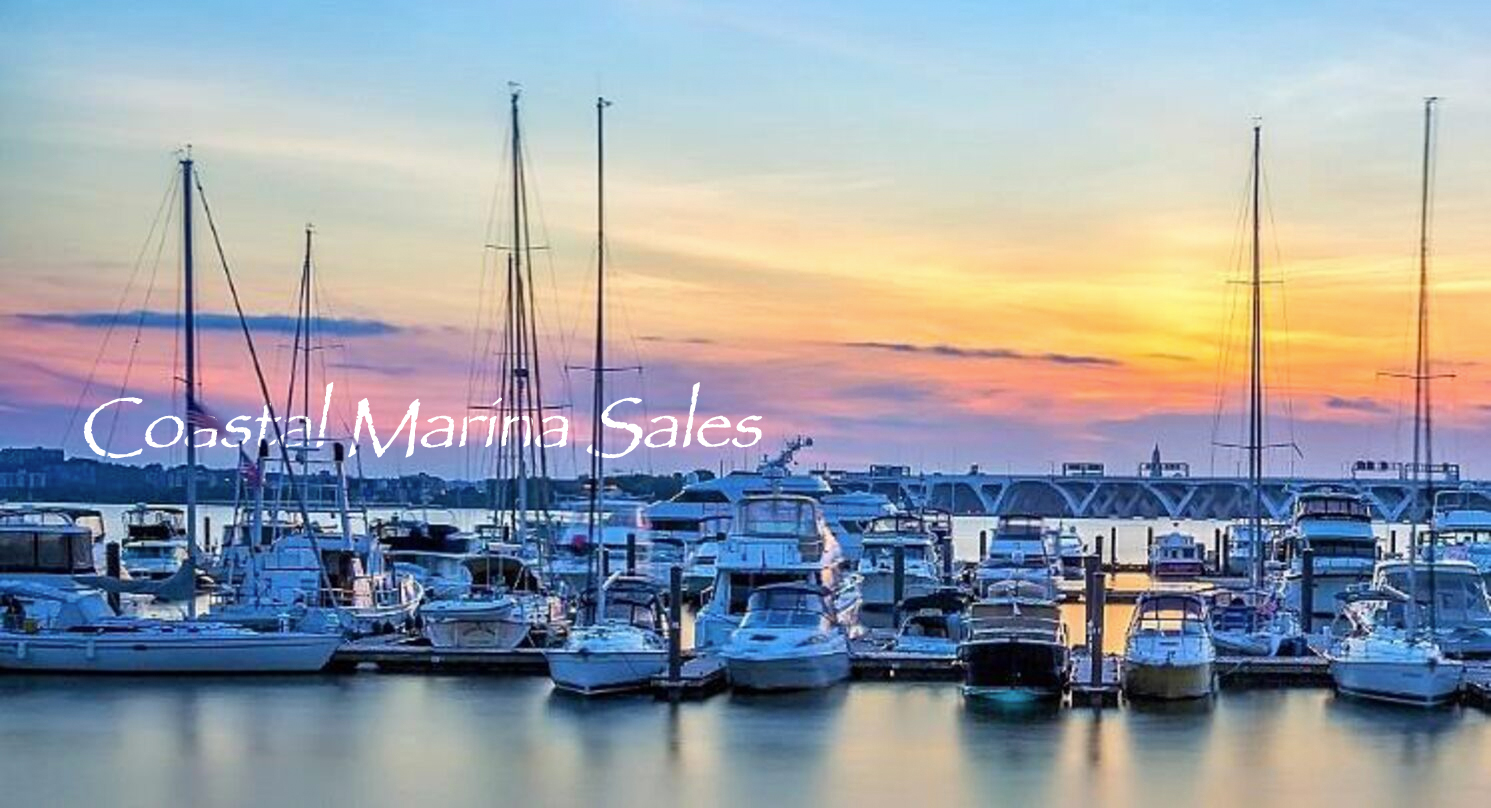 Why Buy a Boat When You Can Buy a Marina