A 347-acre historic waterfront farm in Havre de Grace will be permanently protected, as it was just sold to Harford County for $6.27 million.

Belle Vue Farm had been continuously operating in the same family since before the American Revolution. Bordered by Swan Harbor Farm to the north and Tydings Park to the south, it includes one mile of Chesapeake Bay shoreline. It was the last undeveloped private stretch of Bay waterfront in Harford County, and now it will stay undeveloped.

For a bird’s eye view of the expansive property, check out this drone shot from its preservation partners:

The property on Oakington Peninsula runs right along the Captain John Smith Chesapeake National Historic Trail, and is said to be an archaelogical resource rich with Native American relics.

The Harford Land Trust (HLT) says securing Belle Vue Farm was a nearly 30-year quest (almost as long as the Land Trust has been in existence). When its most recent heir, Griffith H. Davis, passed away in 2017, HLT approached his wife Vicky to purchase and protect the property.

After exploring her options with a realtor (a luxury home development and a business park were among the possible projects), Vicky Davis agreed to sell the farm property to Harford County for use as park lands.

HLT teamed up with Aberdeen Proving Ground to employ the Army Compatible Use Buffer program, which restricts development to reduce land use that is incompatible with APG operations nearby.

Then, Harford County got involved, partnering with HLT for the last two years to purchase the farm as a county park. The property will continue to be called Belle Vue Farm, per the Davis family’s wishes, and will lease the cropland.

Future possibilities for the rest of the property include an extension of the Lower Susquehanna Heritage Greenway from Havre de Grace south to Oakington Peninsula, which would allow hiking and biking, recreational fishing, and picnicking or camping.

The property’s wetlands could provide for a living classroom. It includes 60 acres of Chesapeake Bay Critical Area, and both tidal and non-tidal wetlands. It’s home to a couple of nationally rare plant species and is estimated to host more than 200 bird species. Also on site is an American holly tree listed as a “Maryland’s Big Tree,” a Department of Natural Resources program that lists the state’s biggest trees for native species. A boxwood on the property is estimated to be more than 300 years old.

The farm would work well for agriculture demonstrations and historical interpretation of the indigenous people of the upper Bay and Susquehanna. The main farmhouse on the property is still in good shape, and preservationists will study it and the rest of the farm before deciding on their best uses.

HLT calls the preservation of Belle Vue Farm “momentous.” It’s their longest and most expensive effort to date.

“There is no better example in Harford County of the patience and determination required to conserve land,” the nonprofit concludes. 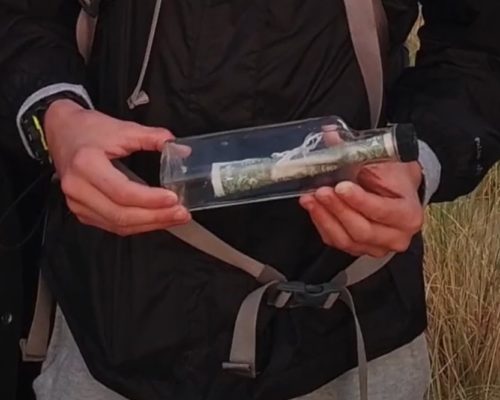 VIDEO: Md. Boy Follows Message in a Bottle to Ireland

When an Ocean City teen tossed a message in a bottle into the Atlantic Ocean,

Rum is the classic seafaring spirit, and drinking it will make you feel even more