A hideous-looking, two-foot-long salamander is on its way to become Pennsylvania’s state amphibian, thanks to a two-year campaign by student leaders.

The Eastern hellbender is nocturnal, muddy-brown, and has been nicknamed “snot otter.” It is also an important species in Pennsylvania, where its numbers have been declining over the past two decades.

The state House of Representatives just passed a Senate bill designating the hellbender as the official state amphibian, and the bill is now awaiting Governor Tom Wolf’s signature. But the bill’s success hasn’t come easy— it was introduced in the legislature last year, and passed the Senate but not the House.

The Chesapeake Bay Foundation’s (CBF) Student Leadership Council, who fought for the measure both times, is thrilled with this year’s vote.

“The passing of this bill is sure to allow hellbenders to breathe easier in the near future and give them a better chance of survival – not to mention a better chance for a clean water legacy in Pennsylvania,” said Emma Stone, Student Leadership Council president for Pennsylvania. “My fellow student leaders and I thank our representatives for their support of the hellbender bill. We are one step closer to cleaner water because of it.”

CBF says the Eastern hellbender, North America’s largest salamander, is an indicator species for clean water. It survives in places with cold, clear swift-running water, and breathes oxygen through its folds of wrinkled skin. When polluted runoff enters waterways, lack of tree cover warms the water, and silt builds up, hellbenders won’t flourish. So CBF student leaders thought that recognizing the hellbender as the state amphibian would spark greater awareness of clean-water efforts.

This year’s bill was sponsored by Senator Gene Yaw (R-Lycoming) and was passed by the Senate in early February.

You may be wondering whether other Bay states have a state amphibian. Virginia has an official state salamander, the red salamander. And a group of students in Western Maryland convinced their state senator to introduce a bill naming the long-tailed salamander Maryland’s state amphibian this year, but the bill never made it out of committee.

A Smithfield, Virginia man pleaded guilty to shooting a bald eagle on his property, then 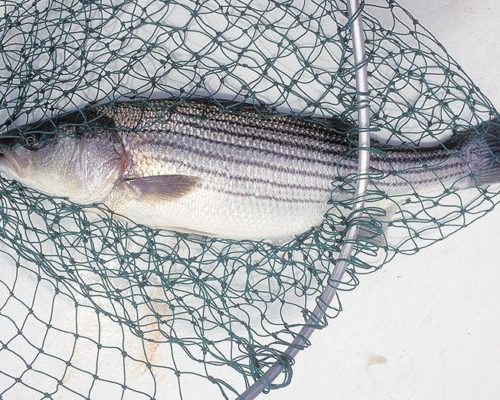